The Women March comes at a time the country is celebrating the first non-establishment president in its history. Like Trump or Hate him, the majority has put him in the White House, and the DC establishment, represented by both parties had stood passionately against him. So, why is this unusual anger and why all of a sudden with such advanced media and social media coverage?

First, whenever something is out of the ordinary, and hard to explain, one must look at the causes they cannot see and the players behind the scenes. It is safe to say that the Women March does have support coming from somewhere. Support here doesn’t have to be strictly financial, but also institutional.

While looking at the players behind the Women March is necessary, let’s begin with the March’s outspoken board member, Linda Sarsour. Sarsour is an American Muslim woman, born and raised in NYC from a Jordanian heritage. Her family arrived in US with Jordanian passports and she keeps extended ties to Jordan, where she still visits and has her entire clan, the Sarsorus, mostly living there.

Jordanian opposition figure, Naseem AlGheewn, made a very interesting post on 21 January 2017. First, he notes that Women March’s key person is Linda Sarsour, at the same time, Jordan’s king’s wife, Queen Rania is a Sarsour, in fact her former name was Rania Faisal Yassin Sarsour, which she had changed after she married Abdallah in 1993 to “Rania Yassin”. The reason for that could be the fact that her actual last name “Sarsour” simply means “cockroach” in Arabic. In fact, Jordanians still mock Rania by her actual last name to this day.

While the above may just be a coincidence, but AlGheewan notes also that both Sarsours, Linda and Rania, are full time residents of New York. While very few may realize this, Jordan’s queen spends most of her time in NYC where she owns a lavish penthouse and is a common guest at most elitists parties of the city. Again, this by itself may not mean anything, but AlGheewan refers to another puzzling “coincidence”, he notes that CAIR has announced full support for the Women March. He wrote:

Jordan’s Muslim Brotherhood have always been Jordan’s king’s partners. I have documented this for years and any counter-argument would not have a chance. [1] I am not talking about coexistence between the MB and the regime or mere tolerance. The MB’s ties to Abdallah is that of full partnership, and this was confirmed in 2011 by Jordan’s king’s minister, Bassam Hadadeen, who said: “The Muslim Brotherhood is a part of the regime”.

Also, Sarsour herself has had excellent ties to CAIR and both have been working together for years. [2].

Our sources inside Jordan’s regime confirms: “Sarsour is one of Queen Rania’s relatives”, “and she has met with Rania several times, and with her was another American-Jordanian Muslim activist named Amani al-Khatahtbeh”

The facts above should encourage an examination of Linda Sarsour’s connections to foreign influence.

Nonetheless, a much bigger issue must be taken into consideration: Why would any Arab regimes be against Trump, especially one like Jordan’s king? Shouldn’t Arab regimes be happy with Trump’s policy of “no regimes changing”.

We couldn’t confirm whether Jordan’s regime, or any other Arab regime, are involved in the Women March. Nonetheless, it would be naïve to rule out Arab regime’s involvement. Those regimes have had a history of buying their shares of American politics and DC heavyweights, and that is exactly their problem with Trump, he cannot be bought.

Arab regime’s problem with Trump are multiple layers. For one, he won’t give them free protection nor any sorts of free rides. He won’t subsidize useless Arab armies with American taxpayers’ money; he even spoke about this in his inauguration speech.

What wouldn’t help the king gain any sympathy from Trump is his regime’s documented role in stealing American and British weapons and selling those to ISIS and other rouge groups, him being second largest buyers of ISIS’ oil, him selling Toyota trucks to ISIS and the fact that 6 Americans, including three servicemen have been recently killed in terrorist attacks carried out by the king’s soldiers themselves. [3] [4] [5] [6]

You know a man best by his enemies. Trump’s enemies are Islamists and terrorists like the Muslim Brotherhood and the regimes that support them like Jordan’s king’s. This amounts to a certificate: Trump is good for America, Israel, and Jordan.

Arab Man Injured as Explosives Blow Up in His Car 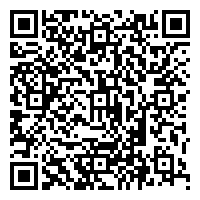