We tend to think of assimilated Jews as those who have married gentiles or whose behavior is indistinguishable from gentile behavior. But many Orthodox Jews can also be classified as assimilated. Here are four indicators, in no particular order, to determine if you’re one of them:

1) You live outside of Israel, have no intention to move, and teach your children how important it is not to make a chillul Hashem.


The latter clause does not demonstrate assimilation, but sheds light on it. There is no greater chillul Hashem than the Jewish people living outside of Israel. That’s because the banishment of Jews from their land is proof to the world that G-d has abandoned the Jewish people or cannot protect them. This idea is emphasized throughout Sefer Tehillim.

So if you live in a nice Jewish community in the Diaspora and worry about making a kiddush Hashem, consider this: Your very presence there is the ultimate chillul Hashem; nothing else compares to it, and no amount of good behavior will make up for it. If this doesn’t bother you, and you are not actively striving to rectify it, you’re an assimilated Orthodox Jew.

Morality is not subjective, nor does morality evolve or progress from one generation to the next. That belief is incompatible with belief in G-d – who alone determines what’s right and wrong – and the Torah, where these determinations are immortalized.

Our very purpose in life as Orthodox Jews is implementing G-d’s complete Torah in Israel and spreading the basic Noahide teachings to the rest of the world. Moral enlightenment is supposed to flow exclusively from the Torah to Jew to gentile, never the reverse. Knowledge of science and art may be obtained from a variety of sources, but morality only comes from one source.

Yet, many Orthodox Jews receive moral direction from gentile society. It’s no coincidence that “new understandings” of a woman’s role directly parallel gentile movements awash with atheism, socialism, and a general rebellion against tradition. Orthodox Jewish women didn’t wake up one day and decide they are oppressed, unappreciated, abused, and erased by a barbaric patriarchy. These ideas seeped into the Orthodox world from impure sources and gradually poisoned people’s minds.

The same is true of causes like vegetarianism and veganism. Their explosion in popularity among Orthodox Jews directly followed new understandings of morality among “enlightened” non-Jews. Slaughtering an animal and offering it as a sacrifice is anathema to many Orthodox Jews, who maintain they want a Beis HaMikdash but seem to have forgotten what we actually do there. It’s not a Kotel with four walls.

Orthodox Jews are supposed to be the most outspoken voice when it comes to moral issues, clearly and proudly articulating the view of the Torah. Instead, our voice today is the very last to be heard, is suppressed as long as possible, and then meekly attempts to reconcile the goyish morality of the day with the Torah’s eternal teachings. Can there be any greater sign of assimilation than that?

3) You believe interlopers in our land should be given control over part of it.

I recently saw a film by Ami Horowitz called “Interview With A Murderer” in which he interviews a senior Hamas terrorist. He asks him if abandoning any part of “Palestine” would be a breach in the promise between Allah and the Muslim people.

If you’re an Orthodox Jew, and you do not firmly echo this response – with “Jews” and the names of Jewish politicians substituted where appropriate – you’re an assimilated Orthodox Jew.

4) You have a problem with the mitzvah to wipe out Amalek.

The Torah’s position on this is crystal clear. Shaul lost his kingdom and his life primarily because he took pity on Amalek. But today, a great many Orthodox Jews want nothing to do with this mitzvah.

Since Orthodox Jews cannot simply do away with an uncomfortable mitzvah as do their more “progressive” counterparts, they simply define it into irrelevance. Amalek is transformed from an actual nation to an idea – preferably an amorphous one – that must be abolished, particularly from inside ourselves.

More traditional Orthodox Jews admit that Amalek does refer to actual human beings, but say we cannot possibly know who they are and we probably never will. That may be true, but they say that with relief, not regret. If Eliyahu HaNavi delivered Amalek to them, gave them a sword, invited them to perform the mitzvah, and assured them no Jew would suffer for it, they still would want nothing to do with it.

If you exhibit any of these symptoms, I’m afraid that you have contracted the disease of spiritual assimilation. Fortunately, with early detection and an honest assessment, the chances of a full recovery are high. 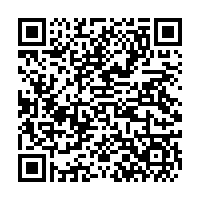