I admire Pope Francis.  He is not just spiritual or religious. He is   courageous too and does not believe in refraining from calling a spade a spade . The Pope has now referred to the 20th century mass killings of Armenians as the first genocide of the 20th century. During a mass in Saint Peter’s Basilica the other day to commemorate the 100th anniversary of those heinous killings, the Pope said, “In the past century our human family has lived through three massive and unprecedented tragedies.  The first…struck your own Armenian people.”

Branding  the tragedy as a “senseless slaughter,” the Pope preached , “It is necessary, and indeed a duty, to honor their memory, for whenever memory fades, it means that evil allows wounds to fester.  Concealing or denying evil is like allowing a wound to keep bleeding without bandaging it.”  Pope Francis also recalled  other mass killings of the 20th century — in Cambodia, Rwanda, Burundi and Bosnia.

Significantly, in his message to mark Holocaust Memorial Day (January 27) in 2011 then Archbishop of Canterbury Rowan Williams  too had  spoken of the need to remember the atrocities committed against the Jewish people in the Holocaust and even in Britain’s own history. He had stressed the need to remember also the other victims of genocide .  Williams was quoted as saying that the works of poets such as Holocaust survivor Paul Celan and Etty Hillesum served to remind the world of the “loss of humanity that remains in our midst to this day…Although other  poets have spoken for those killed in Armenia, Cambodia and Darfur, many stories from these and other genocidal events remain untold. Testimony, poetry and autobiography allow us to attend to the distinct stories of individuals rather than trying to comprehend the statistics of different genocides of recent history.”

Pertinently, Archbishop Williams noted that events in medieval Britain, such as the blood libel case against Jews following the mysterious death of William of Norwich in the 12th century or King Edward’s expulsion of all Jews from England were “almost completely lost to public awareness”. He warned , “If the stories are not told over and again, we lose the memory of those who suffered and we risk losing something that protects our humanity.”

It is heartening to learn that more than 20 nations, including Russia , France and Germany,  have now come recognize the Armenian genocide. At a ceremony in Armenia, Russian President Vladmin Putin reportedly referred to “mass” killings and   used the word “genocide.” Putin said, “ There cannot be any justification for mass murder of people. Today we mourn together with the Armenian people.” French President Francois Hollande said, “ We will never forget the tragedies your people have endured. Important words have already been said in Turkey, but others are still expected so that shared grief can become shared destiny.” German President Joachim Gauck condemned the 1915 killings as genocide and acknowledged that Germany bore partial blame for the bloodletting.

I wonder why American President Barack Obama and some other leaders in the democratic world  still shy away from branding the Armenian killings as genocide.  In 2006 then Senator  Obama had said,  “The Armenian genocide is not an allegation, a personal opinion, or a point of view, but rather a widely documented fact supported by an overwhelming body of historical evidence.” It is time the American President retained his courage of conviction, spoke the truth in the case and  acted in the great American spirit that stands against all kinds of injustice the world over.

Moreover, there is no confusion as to the nature of the Armenian killings.  The 1948 UN Geneva Convention clearly defines genocide as “systematic destruction, in whole or part, a national, ethnical, racial or religious group.” President Obama could invoke this definition very well . Over 1.5 million Armenians were estimated to have perished under the  Ottoman Empire during World War I. (http://www.nytimes.com/ref/timestopics/topics_armeniangenocide.html  ) .  This crime cannot be overlooked . 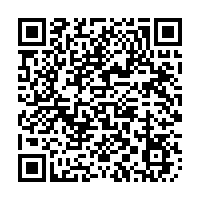