Rav Gustman tended a small garden outside his office at the Netzach Yisrael Yeshiva in Jerusalem each and every day. Even while his students were in the bet midrash studying, Rav Gustman, the rosh yeshiva, remained outside, tending his garden.

His students presumed his behavior was a demonstration of chibat haaretz, his love for Eretz Yisrael. In truth, it was an act of hakarat hatov. Years before, prior to the war, his rebbe, Rav Chaim Ozer, had shown him which vegetation was edible – a lesson that had saved his life when the Nazis invaded Vilna and he escaped into the forest.


God created the world to delight and to serve us. Therefore, we must show it care and honor.

Just as trees provide for our physical existence, they teach us much about who we are as human creatures. After all, we are taught in Parashat Shoftim that “Man is a tree of the field.” At first glance, this comparison must seem strange to poet and philosopher alike. And yet, on further thought, the comparison is powerfully and profoundly apt.

Trees are – and represent – such a central reality in the world that throughout the Torah they are referred to in the singular, etz. When trees were created on the third day, God ordered the earth to send forth vegetation and “fruit tree forming fruit for its species.” The tree was singularly created and, as Rashi explains, the taste of the tree and the taste of its fruit were to be one – sheyehe ta’am ha’etz keta’am hapri.

Both trees and man are sources of blessing and potential benefit to society. Both are too often violently cut down. And both share the singularity that is the essence of Jewish experience. God, who created the singular, ideal tree – giving it and its fruit the same taste – created the singular and ideal Adam. God created Adam in His image; He created Adam and then Eve, both singular, both ideal. He gave them a soul. The ideal man and woman were placed in the ideal place, Gan Eden. One man. One woman. One place.

As my grandfather, Rabbi Bezalel Zev Shafran, z”l, the foremost halachic authority of Romania and author of Responsa R’Baz, explained:

Jewish experience embraces the singularity of individual existence. We are taught that when an individual dies, it is as if all of creation has been destroyed.

My uncle Rav Chanoch Heinich Shafran offered a profound footnote to my grandfather’s explanation when he observed that, with the exception of “Adam,” all Hebrew words denoting man – ish, enosh, gever – are used both in the singular and plural forms. “Adam” can be stated only in the singular. For among all nations and religions of the world, a national of any country can belong to any religion – French Protestant, Lebanese Muslim, etc., – with the ex­ception of the Jewish nation and religion. The Jewish nation and the Jewish religion are one and the same. Therefore, atem kruin adam – you Jews are Adam.

It is particularly appropriate that we consider the connection between the Jew and the tree as we approach Tu B’Shevat, the New Year for the Trees. As Rabbi Shraga Simmons notes on Aish.com, we can draw a number of lessons from our affinity to the tree.

Like the tree we require the same four basic elements to survive – soil, water, air and fire (the sun). A tree must be planted firmly in the earth not only to draw the nutrients from the soil but so that there is room for strong roots to grow. So too man. As the Talmud teaches (Avot 3:22), A person whose wisdom exceeds his good deeds is likened to a tree whose branches are numerous, but whose roots are few. The wind comes and uproots it and turns it upside down. But a person whose good deeds exceed his wisdom is likened to a tree whose branches are few but whose roots are numerous. Even if all the winds of the world were to come and blow against it, they could not budge it from its place.

A man can appear to be successful but if his roots are few or weak, if he has little connection to his community or heritage, he will be unable to withstand the inevitable challenges life will bring his way.

Just as the tree needs water to grow, man needs Torah, which is compared to water. “May my teaching drop like the rain” (Deut. 32:2).

Deprived of water, the tree will die. Deprived of Torah, so too will man wither.

Just as God breathed life into Adam (Genesis 2:7), a tree needs the breath of life.

Finally, the tree needs sunlight to grow. We need the warmth of community and friendship to thrive.

Perhaps the comparison of Adam to the tree is most apt when we see the tree not just as an analogy to the individual himself but as an analogy to the individual and his family. Each of us, in our roots and trunk, form the foundation for the many limbs and fruits that extend outward. As Rashi noted, the taste of the tree and the taste of its fruit were to be one. Our families, our children, are recognizable as ours. But the tree only appears uniform.

As we look more closely at the tree, we see that its fruit, though clearly related, each have distinct properties – different sizes and hues, and indeed, slightly different tastes. Likewise the tree’s leaves. A cursory glance has each leaf like every other. But on closer examination, we see that each leaf is as distinguishable from the other as one snowflake from another. Related, yes. Familial, absolutely. But unique and special each in its own right.

Perhaps the greatest lesson of the tree is that not only is the tree singular but its fruit and limbs are singular and unique as well. In the same way, while each family unit is singular so too is each child singular and unique. As such, he or she must be respected and loved as an individual and not only as a member of the family. For no more would we want every fruit to conform to the other, to be exactly the same size and have exactly the same shape, than to have every child be the same.

The singularity of each tree is to be celebrated.

So too, the singularity of each of God’s children, and each one of our own. 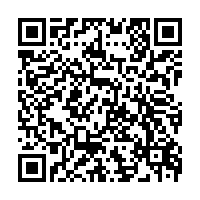