Just two weeks ago, the Left celebrated as actor Andrew Garfield urged Christians across America to “just bake a cake for everyone who wants a cake to be baked.” This week, the Left celebrated as the owner of a local Red Hen restaurant in Lexington, Va., threw White House press secretary Sarah Huckabee Sanders out of her restaurant for the sin of working for President Trump.


Now, in a free country, business owners should be able to decide whom they wish to serve. But the Left disagrees with that fundamental premise. The question is why some people on the Left seem to believe that standing up against Sanders’s dinner order is laudable, but refusing to participate in a same-sex wedding ought to be punished by the government.

The answer, aside from tribal partisan politics, is the misapplication of the Golden Rule. The Golden Rule, as expressed in Matthew 7:12, states, “Do unto others as you would have them do unto you.” But this rule is subject to an obvious misinterpretation: We put ourselves in the shoes of someone else, and then think how we’d want to be treated in that position. And that allows something like the following logic for those on the Left: “If I were a Trump-supporting Nazi separating children from parents at the border, I’d want to be thrown out of restaurants to show me the error of my ways. Therefore, I’m fine throwing Sarah Huckabee Sanders out of a restaurant.”

The Golden Rule is flawed when applied as a broad societal rule. As Nassim Nicholas Taleb has pointed out, it can be an “invitation to interventionism, utopianism, and meddling in other people’s affairs.” So it’s easy to see why you’d want to force a Christian baker to cater a same-sex wedding while urging a restaurant to throw out Sarah Huckabee Sanders: You want to create a better world.

A better substitute comes from the Talmud.

In a famous Talmudic story, the famous rabbi Hillel is approached by a non-Jew seeking to mock him. The non-Jew asks Hillel to tell him the entire Torah while he stands on one foot; if Hillel succeeds, says the non-Jew, he’ll convert. Hillel promptly replies with the so-called Silver Rule: “What is hateful to you, do not do to your neighbor.”

This rule would actually apply in reverse to the situations mentioned. Here, we enter the domain of libertarian rights. It would be hateful to me to be denied service at a restaurant; it would be far more hateful to me to be compelled by the government to provide service to someone with whom I disagree politically. Our personal political convictions — our tribalism — go out the window with the application of the Silver Rule, at least when it comes to government compulsion.

And what of the realm outside of government?

Here, differences can emerge. The Red Hen owner has the right to reject Huckabee Sanders — but should she? The baker has the right to reject serving a same-sex wedding — but should he? We’re bound to have differences of opinion on these questions; in my opinion, the cases are rather easily distinguishable, in that the restaurant serves the same menu to people of all political persuasions generally, and that the baker is being asked to provide a special, tailored service to a special event (the baker in the Masterpiece Cakeshop case was glad to serve gay customers). But arguments to the contrary aren’t completely unreasonable.

Here’s what is unreasonable: using government compulsion to reinforce your position. Here’s what else is unreasonable: harassing people on someone else’s property for their beliefs, as a crowd did to Homeland Security Secretary Kirstjen Nielsen. Unfortunately, the unreasonable answers to reasonable questions are becoming more and more common, with demagogues like Representative Maxine Waters (D., Calif.) openly encouraging mobs to descend on those who disagree at gas stations and restaurants.

It’s time for a reapplication of the Silver Rule. Only once we begin to leave each other alone can we talk about rebuilding our social fabric 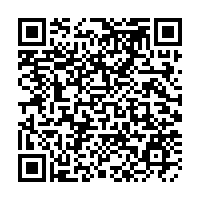