Mbembe, originally from Cameroon, is a star among Israel-haters around the world. He is not only a supporter of the BDS movement, but maintains that Israel is an apartheid state that is worse than the former apartheid regime in South Africa.

Once the pro-Israel Free Democratic Party caught wind of Mbembe’s appearance at the festival, its members penned a letter to the director of the festival asserting that hosting Mbembe violates law of North Rhine-Westphalia—where the event was set to take place—whose parliament passed legislation barring public funds from supporting BDS.

The letter reached Klein, who decided to ban Mbembe from participating in the festival, which was ultimately canceled due to coronavirus concerns.

Only that wasn’t the end of the story.

On April 30, 37 Jewish academics, including 29 Israelis—22 of whom are affiliated with Israeli universities—sent a letter to German Chancellor Angela Merkel and Federal Minister of the Interior Horst Seehofer demanding that Klein be fired for his decision to ban Mbembe.

The letter defends Mbembe, despite his support for BDS and his ongoing accusations that Israel is committing crimes against humanity.

In other words, nine professors from Tel Aviv University, eight from the Hebrew University of Jerusalem, three from Ben-Gurion University of the Negev and two additional “geniuses”—one from the Weizmann Institute of Science and another from the Bezalel Academy of Arts and Design—all came together in order to teach Germans that BDS is not really anti-Semitic. And not merely teach them, but try to get the government-appointed commissioner against anti-Semitism ousted because his opinion differs from theirs.

Unfortunately, this is not an unusual occurrence; these BDS-loving Israeli professors are far from being alone.

Earlier this month, for instance, seven Israeli professors—along with former members of Knesset Colette Avital, Zehava Galon and Mossi Raz, former Jewish Agency chairman and former Knesset speaker Avraham Burg—published an open letter urging Ireland to pass a bill that would criminalize economic support for and trade with Israeli companies located in Judea and Samaria, eastern Jerusalem and the Golan Heights. If passed into law, this “Occupied Territories Bill” would not be some insignificant piece of non-binding legislation. On the contrary, its violators would face fines up to 250,000 euros and up to five years in prison.

As if that weren’t bad enough, these radical Israelis didn’t publish their letter in some obscure website or on social media, but in The Irish Times, one of Ireland’s most prominent newspapers. It’s unbelievable how far this madness can go.

Despite the fact that Israel upholds human and civil rights more than the vast majority of the world’s countries, it still suffers from internal subversion and more boycott attempts than any other country in  the world.

The motive for this madness might not be clear, but the solution couldn’t be clearer.

The Israeli government must begin to enact laws that will impose harsher punishments against Israelis who promote BDS.

Iran and Hezbollah aren’t the  only threats to the future of the state of Israel. They are in good company with the “BDS-from-within” promoters. 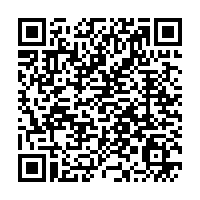