Arrest the exterminator! The emergency health clinic is at fault. Let’s censure the parents – maybe you and I are also to blame?


Every time a tragedy slaps us in the face, we immediately pursue a person who will bear the blame. Guilty until proven innocent.

Why do we seek out whom to blame?

First, it serves as an immediate release for our anger and frustration at the terrible disaster that has shaken our complacency. It is a way to cope. Our gut reaction is to lash out. The crowd cries out, “Lynch!”

Charging someone with the crime also makes us feel that we have done something positive to rectify the disaster. We are empowered. We are once more in control.

Furthermore, a world in which such calamities take place is chaotic; the normal, everyday laws of our lives have been broken. We cannot comprehend how such catastrophes happen to such nice people—people just like you and me. Where is Justice? But if we find a culprit for the crime, we feel that we have restored some semblance of law and order to our world.

Finally—and most ominously—settling the blame on one person or organization serves to distance us from its enormity, as well as the responsibility for the tragedy from ourselves. After all, no matter how much we commiserate and cry with the people to whom this tragedy belongs, our own lives continue more or less as usual, while their lives have been fatally altered. As far as blame is concerned, we are certainly above reproach; the culprit has been caught and it is not I!

But hasn’t every driver zipped past a stop sign, or driven obliviously through a red light at least once in his career? Do you know the unique pedestrian who has never forgotten to look before he crossed the street, or crossed against the light? Is there a mother who glued her eyes to her baby and never left him unattended in his high chair for even a minute when the doorbell rang? Thank God, because the event didn’t end in tragedy it was gratefully forgotten. But it could have ended differently.

I don’t have answers. Only questions. But Shimon and Michal Gross have advised us how to proceed. They ask that we pray for the complete and speedy recovery of their sons, Chaim Michoel Shlomo ben Michal and Refoel Yitzchok Isaac ben Michal. They ask that we perform some act of Kiddush Hashem. They also ask not to speak against the exterminator who is a God fearing man, and to understand that the tragedy is a decree from Heaven.

On a personal note, I cringe at the thought of these strong chemicals. I don’t even take a flu shot! I never liked calling the exterminator into my home. I really don’t mind ants too much, I would tell my children, they are cute and industrious, and they would always go away after sprinkling black pepper, only to pay a return visit the next year. But when the kids refused to enter the bathroom at night, I had to get rid of the bugs. I found a licensed, reliable, experienced, intelligent exterminator—with a degree in geology! I recommended him highly to my married children and friends.

When he heard of the poisoning last week, he rushed to the hospital to explain to the doctors what chemicals were used. The police handcuffed him in the hospital ward and took him to jail. He was released from jail to house arrest. And when he is released, I will still recommend him. 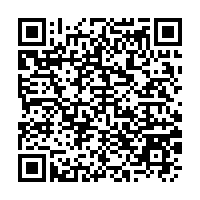