I do not know whether Binyamin Netanyahu truly intends to apply Israeli law to settlements and key security zones in Judea and Samaria. (He seems to be apportioning blame to everybody but himself for the delays in moving forward, which is not a good sign). Nor do I know whether Benny Gantz will partner with him on this.


Nor am I sure whether the historic sovereignty initiative remains a real-time, feasible proposition – given President Trump’s domestic troubles, escalating global opposition to the “annexation,” and the hysterical (mistaken!) campaign run by some settlement leaders against the American peace plan.

But I am certain about one thing: Whether sovereignty over some or all the settlements is declared or not, the Netanyahu-Gantz unity government should be building like crazy in all the critical zones.

The government is talking and debating, decreeing and asserting, proclaiming and declaring, deflecting and accusing – instead of acting; instead of building; instead of creating hard-core facts on the ground. It should be growing the Israeli population in areas that are key to Israel’s security needs and historical claims in Judea and Samaria.

Israel should be building now, and talking later. After all, there already are clear understandings with the US to buttress Israel’s hold on the Jerusalem envelope through significant renewal of home construction. So why isn’t this happening?

Strategically, “Jerusalem” is a zone of settlement that runs west-east from Tel Aviv to the Jordan Valley, from Jaffa to Jericho. Israel should be building 50,000 apartments in this strategic sector over the next five years, to shore-up its religious, historical, and national security stake in the very center of the Land of Israel.

This includes all Jerusalem neighborhoods (beginning with Givat Hamatos, Gilo, Ramat Shlomo and Atarot) and the blocs that strategically flank Jerusalem, specifically Gush Etzion in the south, Givat Zeev, Beit El and Ofra in the north, Maaleh Adumim in the east – and especially in the E-1 corridor between Jerusalem and Maaleh Adumim.

As David Ben-Gurion and Yitzhak Rabin understood well, “Greater Jerusalem” is the key to the Jewish People’s claim on its historic homeland. United Jerusalem is the DNA that holds the key to the future of Israel.

I’m not saying that Israel should give up its stake in Amona, or Kedumim, Shvut Rachel, Elon Moreh, Shiloh, Hebron, Otniel, Talmon, the Ariel bloc, or anywhere else in the Biblical heartland. It should not freeze building in these places. Not at all.

But Israel would best concentrate its efforts where it can make the most significant headway, both in terms of numbers and in terms of solidifying its strategic interests, with minimal backlash. This can be achieved by launching a long-overdue massive wave of construction in the broad Jerusalem envelope and in the Jordan Valley. Build now, and talk later.

It is important to note that a broad Israeli national consensus exists regarding the Jordan Valley as Israel’s eastern security border and regarding sovereignty in the Jerusalem envelope. Polls show that a solid majority of Israelis support home building and the application of Israeli law to these areas, while making territorial compromises with the Palestinians elsewhere.

And thus, moving ahead with construction that conforms to the American plan makes sense. Likud and Blue & White can partner on this, even if they can’t agree on an immediate sovereignty declaration. This could even contribute to a realignment in Israeli politics towards the center; and this is not an insignificant matter.

In each of his recent election campaigns, Netanyahu promised to ramp-up home building in the Jerusalem envelope, particularly in Givat Hamatos (which solidifies Jerusalem’s southern flank) and E-1 (which connects Jerusalem to Maaleh Adumim and the Jordan Valley).

Since then, however, there has been little evidence of concrete follow-up. Which is strange given that the Trump administration and the Sunni Arab world have made it clear that they quite understand Israel’s needs in this regard; and that they are unsympathetic to tired, extremist Palestinian demands for a Judenrein Judea and Samaria. Indeed, they are concerned more about Iran than the construction of middle-class homes for Israelis in Maaleh Adumim.

In fact, some Gulf states openly have embraced the new dynamic whereby they can move towards partnership with Israel on a wide range of issues, even if disagreements regarding degrees of Palestinian autonomy/independence remain.

This change in regional and American calculations shocks some European and liberal leaders in the “international community,” which for the past 25 years have wedded themselves to a West Bank endgame formula that is based on maximal Palestinian demands alongside minimal regard for Israeli security needs and national-historic claims.

It is a trauma that they eventually will have to overcome, because Israel will not revert to negotiations based on the stale “Clinton Parameters” or President Obama’s infamous last whack at Israel – the despicable UN Security Resolution No. 2234. The “international community” will have to learn that the 1949/1967 Green Line is obsolete. Palestinian demands aren’t sacrosanct. Israelis are not interlopers in Judea.

And thus, Israel will not freeze development of its strategic and historic heartland while waiting endlessly for a peaceful and democratic Palestinian political culture to miraculously emerge; while waiting for a compromise deal that the Palestinian leadership doesn’t want and repeatedly rejects. Israel cannot be held hostage to never-ending Palestinian vetoes.

In the past, over and over again, Israel has been told or warned that “this is not the right time to build.” It is a favorite refrain of the Israeli Left too. “The times are too sensitive; leave a horizon open; don’t rock the boat now; don’t torpedo a nascent negotiation by building.”

That no longer holds. There is no near negotiation because of Palestinian rejectionism. The settlement and security zones that always will remain Israeli are clear; usefully made clearer by the American peace plan. Israel even has the cover of some Arab states for asserting its essential rights. It has a national unity government. This is the right time to build.

Which brings us back to Netanyahu. The logjam starts and ends with him; no excuses accepted.

If Netanyahu truly believes in building in the areas mentioned above (again, settlement areas that are backed by an Israeli consensus) he should begin doing so, aggressively.

He should call his good friend Donald Trump and inform him that this building campaign is what Israel needs now, while embracing the American peace plan as a basis for talks with the Palestinians if and when they can bring themselves to the table. Build now, and talk later. 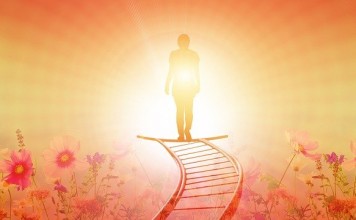 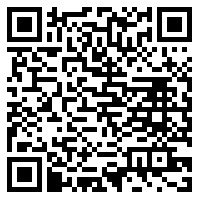