A few weeks after we got engaged, my then-future husband and I were summoned to the home of one of our relatives, whom I’ll call “Malka.” Well, not quite summoned, but invited with the distinct indication that she had something important to discuss with us.

Besides the checks and the silver kiddush cups, every major milestone in life comes with an added gift: advice hurled from all directions. This is perhaps never more true than when you prepare to walk down the aisle. There are the pie-in-the-sky abstractions, the empty platitudes, the wacky theories, the smug predictions, the cynical warnings – and occasionally, if you pay attention, some invaluable wisdom. With that in mind, my fiancé and I were curious, suspicious, and a little bit scared when we showed up that cold winter night and sat down at Malka’s kitchen table to take our medicine.


As it turned out, there were two topics on the agenda – both related to enhancing our future happiness, but from very different angles. First, Malka, who has worked passionately on behalf of agunot, exhorted us about the importance of signing a prenuptial agreement. By a prenuptial agreement, she did not mean a contract setting forth how our assets would be divided in the event of divorce – the kind of document that Donald Trump must know well. (Alas, our wealth of love and devotion is not reflected in our bank accounts.) Rather, the “prenup” she spoke of is a halachic creation designed to reduce the incidence of women becoming agunot.

This prenup is in fact two separate agreements that are sometimes combined into one document. The first consists of the bride and groom’s selection of a particular bet din as the forum in which they will adjudicate any marital dispute. This constitutes a legally binding arbitration agreement. Not only is the agreement to arbitrate before the bet din enforceable in the secular courts, but the judgment of that bet din is enforceable as an arbitration award in the event one party defaults in appearing or in complying with the judgment.

At the time of the signing, the parties may also choose to empower the bet din to settle their financial arrangements under the state’s property laws. If not expressly expanded, the authority of the bet din will be limited to the get and the ketubah and any related religious issues. The purpose of the arbitration agreement is to prevent either party from bet din-shopping or delaying or manipulating the process.

In the second part of the prenup, the husband-to-be agrees to pay his soon-to-be wife a daily amount of support for every day he withholds a get (or disregards a summons by the bet din). This obligation is triggered only if the couple is living apart, and ceases if the wife refuses to appear before the bet din or abide by its rulings.

In the current text available from the Beth Din of America, the amount of support is set at $150 per day, to be adjusted annually for inflation. The goal of this agreement is to give the husband a financial incentive to give the get. Not only does it remove the incentive of withholding a get in order to extort a more favorable settlement, it makes the cost of withholding one for other reasons – leverage in a custody battle, malice, or spite – too high for most men to endure. A get given under these circumstances is not a “forced” get because the husband is still free to withhold the get and pay the agreed-upon sum if he so chooses.

Many couples may resist the suggestion that they contemplate the breakdown of their marriage before it even begins. Signing a prenup may seem like a sign of distrust, especially to the husband-to-be. The sad reality, however, is that no couple, no matter how loving and committed to each other, can foretell their future or predict how they would behave if they were to find themselves, chas v’shalom, embroiled in a divorce. The Orthodox wedding ceremony already recognizes these uncertainties: The ketubah, read with much fanfare under every chupah, addresses what will happen to the wife in the event of her husband’s death or the couple’s divorce – specifically, to what recompense she will be entitled. 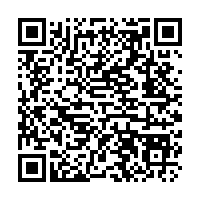