If the recent alleged bullying of a professional football player by a teammate will put to rest the notion that such things only happen to the small and weak, it will have served an important purpose.

Bullying has been documented in virtually all cultures and contexts, with all ages and types vulnerable to falling prey to its negative impact. Hopefully, the case alluded to above and other reports of ballplayers intimidating less experienced colleagues will prompt careful reconsideration of adult bullying in sports and other workplace venues.

Perhaps this high profile story will prompt coaches, teachers and parents to question their role when “traditions” that belittle, exclude, or humiliate others are dismissed as “pranks,” rites of passage, or character building. This would serve as a positive outcome of a very negative series of events.

The NFL story reminds us that bullying is not localized in schools. The abuse of the less powerful by those with more power is a universal human challenge. We can use this latest media attention about bullying to expand to other realms what we have learned from research and prevention with children in schools.

Research regarding bullying behavior in groups suggests that not only the actual victims, but in fact other group members as well, experience insecurity and anxiety. In light of school-based research that has demonstrated the power of bystanders to make a difference, adults can make a choice between remaining passive in the face of cruelty or taking action to make a positive impact.

As we have learned in schools, passivity is tantamount to acceptance of valuing one human being over another. Doing nothing when teammates, classmates, or colleagues are hurt signifies approval of placing the needs and rights of the powerful over those of the less powerful.

What if we decided it was time to do things very differently? What if we created teams where the rites of passage included welcoming new recruits?

What if we created a culture of valuing the unique humanity of each member of our group, whether fellow students, employees, or athletes?

What if we each understood our responsibility to question those practices and enterprises that allow the powerful to rise on the backs of the weak?

Although I cannot predict what might arise from such changes, it is all too obvious what will happen if we keep doing what we’ve been doing and if the NFL story becomes just another passing media curiosity that raises eyebrows but changes nothing.

I’m all too certain there will be – tomorrow or the next day or the next – yet another story of a bullied teen who, unable to take the torment, takes his or her own life.

In what I’m sure was a random occurrence, two e-mails of interest in this particular context were in my inbox today.

The first was an advertisement for NFL tickets, inviting me to watch the excitement of a game, live and in person.

The second, sent by a colleague, was a news video about incredibly courageous football players at Olivet Middle School in Michigan who used their power to help a weaker peer. The video shows us not only what is possible but also how such efforts can change us all (http://elitedaily.com/news/world/can-learn-lot-middle-school-football-team-video/).

I hope the news story about NFL bullying will prompt us, before we sit down to watch our next pro football game, to consider the people we admire and the people we are.

Would we, if and when we got the chance, act like too many professional athletes and build our status by bringing others low? Or can we commit to searching for opportunities to do as the unsung football heroes of Olivet Middle school did?

Can we recognize that whether one weighs 300 pounds or tips the scales at 90, one deserves human and humane treatment?

Can we do whatever we are capable of to heal and to raise those below us?

Can we make certain to contribute, in some small way, to a culture in which each and every person is safe and valued? 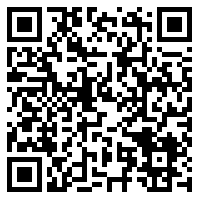