In a move reminiscent of the movie Groundhog Day, we are now dealing with the aftermath of our fourth election in less than two years.

It seems clear that this series of elections has been more focused as a personal referendum regarding the Prime Minister than on any major policy differences. Like in America, Israel seems evenly split. In our case, the divide turns on the advisability of having Bibi Netanyahu continue to lead the country.

Falling two mandates short of a governing majority (assuming Naftali Bennett’s Yamina Party supports the Prime Minister), there are decidedly limited choices to get to 61. One is to entice two or more Knesset members from Saar’s New Hope Party, Lieberman’s Yisrael Beitenu Party or even Gantz’s Blue and White Party.

This possibility must be objectively regarded as slim to none.

Compounding the urgency that the PM must feel, he recognizes that if there is no definitive outcome this go around, there will be pressure to wait out the clock until November, at which time Benny Gantz becomes Prime Minister, per the terms of the still regnant unity government.

This reality, as they say, focuses the mind. It has led him to consider a once upon time beyond the pale idea: incorporating in one way, shape or form, the breakaway Ra’am Arab Party into a coalition. The irony of such a thought cannot be lost on anyone who remembers when, just a few years ago, the Prime Minister exhorted his supporters to vote because “the Arabs were coming.”

Well, much has happened since then, and much of it has happened within the Arab community. One big change was the fracturing of the Arab Joint List to produce the go it alone Ra’am Party. Another is the societal reality that made such a fracturing possible.

Below the radar, we are seeing a coming of age in the Arab sector. By that I mean that increasingly Arabs look around and see that not only are they a part of Israeli society, but the neighboring Arab societies that they might feel a greater emotional kinship with, are not places they would want to actually live in or be part of.

So, better to be a purported second class citizen in Israel than any kind of citizen in Syria, Lebanon, Jordan or Iraq, not to mention someone dependent on the Palestinian Authority in Ramallah or Hamas in Gaza.

Younger Arabs have only known Israeli sovereignty. There is little or no Edenic pre-1948 memory, and again, an objective look around the neighborhood does not make Israeli Arabs pine for the alternatives.

More recently, the Abraham Accords have likely had a profound impact on Israel’s Arabs, who see some of the most successful nations in the Arab world embrace Israel, not just grudgingly bury the hatchet. This desire to trade, to invest, to tour, in short to interact on a grassroots as well as a diplomatic level, all the while knowing that the Palestinian issue can and will wait its turn for resolution, must be an eye opening realization for many Arabs.

Which brings us back to the Ra’am Party. While the Joint List was widely seen as a shill for the Palestinian perspective, Ra’am’s bolting was a statement that there were more important priorities for Israeli Arabs than being water carriers for the PA.

In answer to the question of whether such a move makes political sense, maintains ideologically consistency with a straight face, and could be acceptable to all the other parties to the coalition, my answer is a full throated, unambiguous, and hearty…it depends.

The real issue is how the Ra’am Party sees its mission. If, as I suspect, it believes that its highest and best use is as an advocate for the real world needs of the Arab community, then this can be, indeed should be, a mission to be supported and furthered.

I would call this the Tammany Hall-ing of Arab politicos, and I say this with respect and not disparagingly. It simply means that there has been a maturation of at least some of the Arab political sector to put aside outdated, futile and non-availing ideological posturing in favor of (please forgive the metaphor) bringing home the bacon.

By this I refer to the very real needs of the Arab sector for greater safety, more housing, and better infrastructure. These are concerns that very much parallel those in the Jewish sector, and which can be addressed.

By contrast, if Ra’am’s price for support is, say, amending or scuttling the Nation State Basic Law, which enshrines Israel as a Jewish State, then there should be nothing to talk about. No self-respecting Right wing government could put the pillars of the society into play for the sake of staying in power.

But, if Ra’am is focused on addressing fundamental living concerns in the Arab community, then they could be not only acceptable, but even desirable partners. After all, they share a pronounced social conservatism with the Hareidi parties, which have already said that they would work with Ra’am.

The mutual sticking points are between the more hardline part of the Religious Zionist Party, Ben Gvir’s neo-Kahanism, and Ra’am’s own reciprocal rejection of Ben Gvir.

Perhaps some updating is needed by both Ben Gvir, and then in turn by Ra’am, as to the proclivities of the other guy. I do not believe that Ben Gvir opposed the Abraham Accords, because he is not a racist. He is wary, frightened and fearful of Arabs, and he bases that on the platforms of an Arafat and even a Mahmoud Abbas, not to mention Hamas.

But a Ra’am Party that either explicitly or implicitly embraces a Jewish State, has no existential problem with that reality, and indeed seeks to find a workable place within it, can that really be said to be the same state of affairs that Kahane himself reacted to?

I would not expect a lovefest, but my guess is that if there were an honest airing of views, priorities and values, there might be far less grounds for mutual suspicion and antagonism than currently exists.

Perhaps I am being naïve, but I believe that if Ra’am is in the vanguard of a maturing Arab society that wants to work within the system, having no fundamental problem with being part of that system, then there is every reason to encourage that effort, and it could be worth the leap of political faith required to make it happen.

Necessity is the mother of invention, and oftentimes adversity can lead to opportunity and even blessing.

If the electoral straits of the Likud lead it to embrace, however reluctantly and gingerly, Ra’am, which in turn shows its constituents that cooperation with the Jewish majority is not only possible, but desirable, then we might all be the better for the outcome. 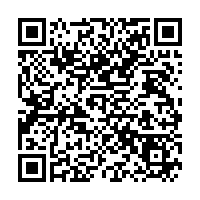