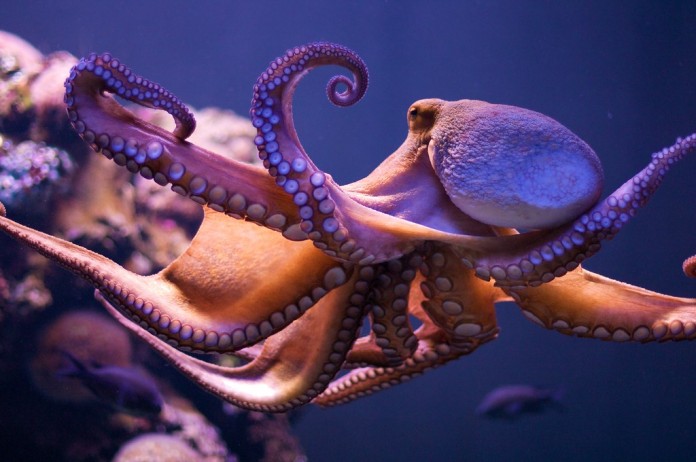 Israel’s Prime Minister Naftali Bennett has vowed to implement an “Octopus” Doctrine in the country’s confrontation with Iran. “We no longer play with the tentacles, with Iran’s proxies: we’ve created a new equation by going for the head.”

The doctrine has raised eyebrows in the region and received coverage. It comes amid tensions with Iran, as well as recent critique of the Islamic Republic by the IAEA Board of Governors. It also comes after Iran has said a key IRGC official was assassinated, and as it threatens Israelis in Turkey. The doctrine was also announced as Syria blamed Israel for airstrikes.


Syria is clearly going to be where part of the new doctrine will take place. This is not because Israel’s northern neighbor has not already been in the crosshairs. Syria is the country between Lebanon and Iraq, and Iran uses it as part of its road to the sea. That means that Iran traffics weapons through Syria and also stages Hezbollah and other proxies there to threaten Israel. Tehran also moves drones to Syria to threaten the Jewish state, and since 2018 has tried to move air defenses to Syria, such as its 3rd Khordad system.

Amid the Iranian threat in Syria, there has been an increase in Israeli operations against Iran’s entrenchment there over the last decade. Beginning in 2017, Israeli officials began to speak more openly about confronting Iran in Syria. They have vowed over the years to stop Iranian entrenchment; when he was defense minister, Bennett even hinted that Iran was withdrawing from there. Iran has come under blows in Syria: Israel has launched thousands of airstrikes. Tehran has expanded its threats to Israel by flying at least one drone from Iraq in 2021, as well as from Iran.

The Octopus doctrine ostensibly builds on the “war-between-the-wars” campaign.

The Octopus doctrine ostensibly builds on the “war between-the-wars” campaign. This endless conflict appears to be a kind of “wack-a-mole” where Israel periodically strikes at Iran in Syria. It is also “mowing the grass” by seemingly reducing the Iranian threat. Jerusalem has said it has struck convoys in Syria.

The airstrikes have also sometimes been condemned by Russia. In September 2018, Moscow blamed Israel after Syrian air defenses shot down a Russian plane during an airstrike. Then in November 2019, the Kremlin exposed operational details of alleged Israeli strikes, claiming that Israel overflew Jordan. Now Russia has slammed what it said was an Israeli airstrike on Damascus International Airport on the night of June 9-10.

The question now is not only how Syria may react to the recent tensions, but also whether it can handle the new doctrine. What might Syria do? It has S-200 and S-300 anti-missile defense systems from Russia. Syria often fires these widely; it fired a missile over Jordan in 2017 that triggered Israel’s Arrow defense system, it fired one that flew into the Negev desert near Dimona, and fired another one that struck Cyprus.

Syria’s regime has a bad track record. Even after Russia said it would supply S-300s to Syria, the regime didn’t perform much better. This shows that it can’t do much to stop operations against Iran in Syria. Neither can it improve its Pantsir air defense systems or increase its radar. With Russia tied down in Ukriane, it’s not even clear if Moscow can spare Syria new parts for its air defense and radars.

On the other hand, reports say that if Russia draws down at all in Syria, then Iran could benefit and back-fill. It could also use Moscow’s distraction to increase its role. Although it seems to have dialed back work at the Imam Ali base near Albukamal – and it’s not clear how much it uses the T-4 base anymore – Iran is still active.

It has also used Syria to strike at US forces in Tanf Garrison and eastern Syria. There have been 29 attacks on US forces in Iraq and Syria by Iran and its proxies since last October. This shows that Iran is very active.

It appears to be operationalizing proxies in Iraq constantly. It moves Kataib Hezbollah members around Iraq to threaten US forces. It has invented new groups in Sinjar to threaten America in Erbil and also fired rockets at a Turkish base near Bashiqa. Iran is not curtailed; it feels empowered. After the IAEA critique, Iran is reducing cooperation with the international nuclear agency and the international community. It may be emboldened by Russia’s invasion of Ukraine and its new ties with China. Tehran recently seized two Greek ships; it believes it has impunity. But it also uses that sense of impunity in Iraq and Syria. This means Syria may continue to pay a price for Iran’s actions.

To what degree can Syrian regime even tell Iran what to do? Does Tehran listen to Syria?

So what about the Syrian regime? How will it react – and can it handle increased action by Israel? Could the regime’s fear of major attacks – or harm to strategic infrastructure, such as the airport – lead it to lean on Iran more? Or will it choose to try to find a way to reduce the targeting of its country? To what degree can the regime even tell Iran what to do? Does Tehran listen to Syria? Does it care if Syria pays the price for Iran’s presence? Does Hezbollah care? These are all key questions.

Israel’s claims to want to operate against the “head” of the octopus seems to also mean that Iran itself could pay a price for its continued threats. However, the reports so far from Syria, claiming major airstrikes on the airport on the night of June 9-10, would seem to mean that so far, Damascus is in the crosshairs.

The deaths of several IRGC members in Iran and claims there that there was some incident at Parchin point to Iranian concerns that it is also being targeted. The Islamic Republic has lashed out at Erbil, using missiles and encouraging proxies to attack the autonomous Kurdistan region, because it also seems concerned about confronting Israel directly. Iran prefers to strike at soft targets, such as commercial tankers off the coast of Yemen or Oman.

As such, Iran may not have any major options yet to oppose any kind of new Israeli doctrine. Although Tehran has indicated it could heat up Hezbollah and Lebanon tensions regarding the Karish energy field, Iran’s presence in Syria is the real issue. It is there that Iran seeks to provide a threat that involves not only moving weapons to Lebanon but also moving Hezbollah members close to the Golan and basing drones and missiles in Syria, thus creating the chance of a multi-front war against Israel.

The Iranian octopus is astride Syria, and Damascus will have to weigh what the new Israeli doctrine means.

Iran also wants to move Iraqi militias into Syria. And it uses other mercenaries to control a swath of Syria from Albukamal to Deir Ezzor. All of this means that the octopus is astride Syria. Damascus will have to weigh what the new Israeli doctrine may mean. It is also worried about a new Turkish offensive in northern Syria and wonders whether Russia will really move forces out of the country to deal with the Ukraine crisis.

Many issues are in flux and tectonic plates are moving in the region. The Syrian regime has increased its power since 2018, and has made diplomatic inroads through outreach to the UAE and Egypt. It also may get some benefit from an energy deal the US wants to push through, which involves support going from Egypt via Jordan and Syria to Lebanon.

Syria wants sanctions relief. But at the same time, it allows Iran, Hezbollah and others to use drug gangs to move illicit merchandise to Jordan and the Gulf, destabilizing its southern region. Southern Syria also has continuing problems with former Syrian rebels and a patchwork of competing groups, which means that Iran can operate there easily.

The regime simply can’t control all these problems at once. A new round of pressure on Iran in Syria will certainly make its mark on the regime and also force it to make tough choices. 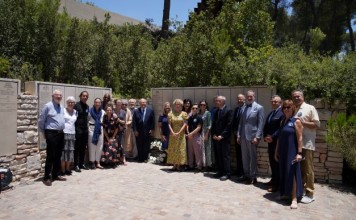