As Obama wrapped up his Middle East tour, applauded by AIPAC for reaffirming “unbreakable bonds” and “deep affection” between two key allies; and by Al Jazeera for “normalizing” Israel-Turkey ties, Obama’s neighbors to the north are left scratching their heads about what he meant by his off-the-cuff statement that compared Israeli-Palestinian relations to Canada-U.S. relations.

After acknowledging in his speech the horror of an Israeli sleeping in his bed and having a rocket come through the roof, Obama went on to say: “Even though both sides have areas of strong disagreement, maybe engaging in activities that the other side considers to be a breach of good faith, we have to push through those things…. There will be a sovereign Palestinian state, a sovereign Jewish State of Israel and those two states will be able to deal with each other the same way all states do. The United States and Canada have arguments once in a while.”

The outlandish comparison – as Canadians do not lob rockets and missiles into Rochester or Detroit or claim the U.S. as “Occupied Canada” — could have been an Obama gaffe to add to an open-mic one he made during his welcome ceremony after he landed in Israel and declared that this trip allowed him to “get away from Congress.” Obama has become quite noted for minor and major gaffes, such as when he insulted Netanyahu and conspired with outgoing Russian President Dmitry Medvedev. Both incidents raised questions about his character, his policies and potentially hidden agendas.

Although one could not decipher any meaning behind Obama’s odd comparison of American-Canadian relations with Israeli-Palestinian relations, one can note some important “arguments” the U.S. now faces with Canada: primarily the Keystone XL pipeline project, designed to carry oil from Canada to Texas oil refineries.

To address further these “once in a while arguments,” a Forbes article illustrated how — with policies similar to what are being promoted by Republicans — Canada is outperforming the U.S. economically on every level. Entitled “What President Obama Doesn’t Want You To Know About Canada”, it cited senior sources in the Canadian government who met with Obama administration officials and said their impression was that the White House is jealous of the Canadian government’s power to have its way. Even the notoriously liberal Canadian Broadcaster CBC featured in its community blog: “Republicans threaten move to Canada after Obama win”.

The Obama administration’s energy policy is starkly divergent from the Harper government’s. Canada obtains oil from places such as the Athabasca oil sands region in northeastern Alberta, while the Obama administration has reduced drilling permits on public lands and has stalled the go-ahead of the Keystone XL pipeline from Canada. The Keystone pipeline not only provides an ethical alternative to importing oil from regimes such as Saudi Arabia and Venezuela; it is also an “essential part of the North American energy marketplace” and of U.S.-Canada relations, according to former Conservative cabinet minister Jim Prentice , who is now a senior executive with the Canadian Imperial Bank of Commerce.

When Obama rejected Keystone in early 2012, he pinned the blame for the decision on Republicans, accusing them for trying to push the administration to an earlier deadline. But Obama’s dilemma about the Keystone project reveals underlying issues that could have long-term implications for Obama’s credibility in his ongoing commitment to promote an agenda affecting “climate change,” as well as to his liberal economic policies.

For example, during a speech on China and India as emerging economies, Obama’s assistant on economic policy, Lawrence Summers, raised the idea that India’s political-economic model, which he referred to as the “Mumbai Consensus,” may in the end win the day. According to Summers the Mumbai Consensus is “not based on ideas of laissez-faire capitalism that have proven obsolete or ideas of authoritarian capitalism that ultimately will prove not to be enduringly successful….” Recall that George Bush was the whipping boy for laissez-faire capitalism in certain camps after the Freddy Mac and Fanny Mae fiasco that led to the 2008 economic meltdown, even though it is no secret that the Democrats bore guilt.

With respect to Obama’s credibility, right after taking office, in having vowed to promote policies that would supposedly moderate climate change, Obama committed the U.S. to the foreground of global climate change initiatives — the centerpiece of which would entail revamping the flawed Kyoto protocol to bring include equitable commitments from countries such as China and India, which, despite being the most objectionable polluters, had been given free passes under the Kyoto accords. Now, years later and into his second term, Obama faces stumbling blocks in making good on his promises, not the least of which involves the Keystone pipeline. 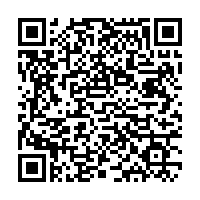