We now celebrate Chanukah. What are the core lessons of this festival, and how well does the Jewish People honor them?

Rav Samson Raphael Hirsch zt”l observes in his commentary to Tehillim 19:11, “The teachings and Laws of God given us at Mount Sinai, and their recognition and observance, are the only values that are truly desirable.” Vis-a-vis this premise, Rav Hirsch writes specific to Chanukah in his essay “Hellenism and Judaism”:

“…if a glimmer of the false Hellenistic spirit challenges the dominion of the timeless spirit of the Jewish Law over the dwelling and hearts of Judah; if it estranges Judah’s daughters and sons from the splendor of God’s Law and His Divine light and makes them fall prey to the beguiling sensuality of Greek culture; if they are made to abandon truth and insight, harmony and beauty and to adopt the empty superficiality and sensual gratification of Hellenism–then let us kindle the light of the Hasmoneans in our homes as a tribute to God and His Law. Each Jewish home will become a bastion of God’s Law and rise triumphantly and victoriously over the futile opposition and antagonism of an erring world.”

“The Hasmoneans fought not only against enslavement to an imperial power, but also, and perhaps especially, against defilement. They fought for purity of the soul of the entire Jewish collective…The Hasmoneans proved that one can behold the wonder of ‘I will sprinkle pure water upon you, and you shall be pure; from all your impurities, and from all your idols, will I purify you’ (Yechezkel 36:25). This miracle–the miracle of the victory over defilement–has eternal value.”

Terms such as “defilement” will  be off-putting to certain types of Jews–among them “modern so-called Orthodox people,” to borrow a description by Rav Aaron Rakeffet, shlita, professor of rabbinic literature at Yeshiva University’s Caroline and Joseph S. Gruss Institute in Yerushalayim. Notwithstanding such people’s alienated temperaments, defilement still exists.

What is the Jewish People’s role in combating defilement? Rav Hirsch writes in Horeb that “Israel is the bearer of the Most Holy and that the Divine Name is profaned whenever or wherever in Israel the Most Holy is not held sacred or is not respected as the Most High to which everything must be subordinated…”

We specifically have a Biblical mandate to be a light to the nations (Yeshaya 42:6) and set a global moral example. By contrast, our Sages associate Hellenistic defilement with choshech (darkness).

The Radak writes regarding this mandate that “because of the influence of the Jews, the Gentiles will observe the seven commandments [Sheva Mitzvot Bnei Noach] and follow the right path.” Rav Soloveitchik prescribes: “Our task was and still is to teach the Torah to mankind, to influence the non-Jewish world, to redeem it from an orgiastic way of living…to teach the world the seven mitzvot that are binding on every human being.”

Israeli politicians from David Ben-Gurion to Binyamin Netanyahu have drawn upon the aforementioned verse in Zionist contexts. For instance, in 2010 the prime minister described Israel as a country “which always aspires to serve as ‘a light unto the nations.'”

Israel certainly benefits the world through various innovations in science, technology, and other fields. If light is equated with quality of life, Israel is a leading force of global illumination.

But the light referred to by the Navi is about morality, not material benefit. And therefore a sickening conclusion emerges: In key areas, Israel promotes defilement and darkness in the world.

The last headline is from an article by Michael Oren, former Israeli ambassador to the United States. Adapted from a speech he gave at a homosexual event in 2012, Oren told his audience:

“We are proud that this year Tel Aviv was named the world’s most gay-friendly city. We are proud that each year delegations from San Francisco, London, Montreal, and Berlin travel to Israel to celebrate their pride with us…So come and join us in Israel on June 8, just over one month from now, and take part in the next Gay Pride Parade. In our homeland, you may never feel more at home.”

Contrast these words with Rav Soloveitchik’s in The Emergence of Ethical Man, where he links homosexuality with bestiality as “unnatural acts” and writes that “both prohibitions apply to non-Jews too and form part of a universal religion…” Rav Rakeffet (who learned under Rav Soloveitchik and has written two books about him) likewise stated in 2012 concerning same-sex “marriage”:

“This is planting the seeds for the destruction of humanity in my humble opinion. Toeva, abomination…Look up the Midrashim. Look up the Gemara in Sanhedrin. Look up why there was a Mabul, why the world was destroyed. It’s very frightening…What is religion all about? Are we Jews or aren’t we Jews?”

“One has to rip Kriah that the day has come that a talmid tells me with a straight face…that he’s in favor of same-sex marriages…And I want to tell you, this is a tragedy beyond words, that we have turned homosexuality into a normative expression of human sexual endeavor. And thousands upon thousands of people who are Shomer Shabbos have been swept away…At least in Russia they still observe the Sheva Mitzvot Bnei Noach.”

A society that warps sexual morality will predictably warp life itself, thus Israel’s legalization of and subsidy for abortion. According to official statistics, over 20,000 abortions occurred in Eretz Yisrael in 2012 alone. Here is what Rav Soloveitchik said about abortion in 1975:

“I read from the press that in Eretz Yisrael they permit abortions now! Sapir [probably government minister Pinchas Sapir] comes to the US and asks that 60,000 boys and girls should leave the U.S. and settle in Eretz Yisrael. When a child is born, it’s also immigration to Eretz Yisrael, and yet you murder the children.”

In more recent times, Rav Soloveitchik’s son-in-law, Rav Aharon Lichtenstein shlita, has stated: “Abortion on demand is a moral abomination.” Despite involving morality at its most fundamental level, a report from this year notes, “Since Israel legalized abortions in 1977…there has been no significant movement to outlaw abortion.”

Someone who expressed outrage over this through the decades was Rav Meir Kahane, Hy’d. From his collected articles to his commentary on Tanach, Rav Kahane’s writings contain numerous statements on abortion. He especially condemned territorial hawks’ indifference to unborn life and other sacred matters, writing in 1980:

“It is worse than absurd to see the hawk in the cabinet, Arik Sharon, plead his case for settlements in the Land by taking a busload of kibbutz members to Elon Moreh on the Shabbat…There is something essentially and very basically wrong with the philosophy and ideology of the religious Jew who does not understand this. There is something totally amiss when a Jew does not realize that abortions are as important as the settlements; that the Sabbath is no less important than Elon Moreh…”

Rav Kahane similarly wrote in 1983 about the Tehiya Party:

“Do we forget the other aspects of Judaism in the battle over the territories? Are the Arab issue, the question of Jewish-Arab relations, the Sabbath, abortions and all the other things that Tehiya and Geula Cohen are silent about not as important as not giving up land? What has happened to us that we become obsessed with a complete land when the people in it become both spiritually incomplete and gentilized?”

And when over 20,000 unborn children are “terminated” each year, no one should be surprised when the government frees numerous terrorists who have murdered the living. If the blood of Jews massacred in bombings and other atrocities is cheap, that callousness extends a general state of atrocity against the unborn in the world’s holiest land.

Do we think there are no consequences when Am Yisrael so brazenly violates God’s Law?

As we celebrate Chanukah, let us recognize the degree of darkness and Hellenization in our people. From that recognition a new reality begins. We owe the Almighty, ourselves, and the world nothing less. 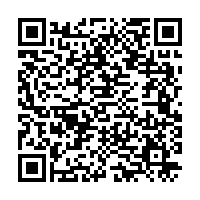