Living in Israel has its ups and downs, like everywhere else, but sometimes things happen that remind you that you are living in the most special place on Earth.

Since we have been living in Migdal HaEmek I have become close with Shmuel Yosef, a wonderful young Ethiopian Jew. We interact mainly in two locations. First, the local Ethiopian shul is around the corner, and I find myself going there often. When I first came to town, I was a bit wary of attending, given the drama that went on years ago regarding the question of their Jewish lineage. Briefly, some great rabbonim said that they might need a giyur l’chumra (a conversion as an extra precaution), as some of their observances differed significantly from the rest of Klal Yisrael’s, from whom they had been separated for thousands of years. Others, particularly Rav Ovadia Yosef, zt”l, held that they should be accepted as is.


What I found was a wonderful group of people who daven beautifully, sincerely, and respectfully, led by their rav, a fine talmid chacham. I feel very comfortable and inspired davening with them, especially when the baal tefillah is Shmuel, who has a pleasant and inspiring singing voice.

Our other interaction is in a small chaburah that we have studying Tanach. The group was started by the local gar’in torani (a wonderful group of energetic and inspired young families who are doing enormous good in town) to study the book Iyov. And that is where the rest of the story begins.

About a year and a half ago, Shmuel and Aviva’s 14-year-old son Yagel was swimming in the sea, and tragically drowned, leaving a gaping hole in the family and in their hearts. It was thus so heartbreakingly difficult and meaningful to learn together the book of Iyov, and to discuss the emotional and theological ramifications of tragedy – particularly, the loss of a child. A boy who by all counts was good and warm and loving and talented, and whose passing left unremitting grief. And yet, Shmuel and Aviva are positive and joyful; the pain is ever-present but they are determined to live with simcha.

Which brings me to Sunday’s event. A few months ago it was decided that a beautiful way to bring a tikkun for the loss of Yagel was to write a sefer Torah in his memory. Sunday, around the time of his birthday, the family asked if people could come to help mark this special event. (The day also was scheduled right after the Ethiopian holiday of Sigd, which commemorates the thousands of years of longing to return to Zion). I went, of course, given my friendship with Shmuel. But I was unprepared for what greeted me.

This was the largest event that I had ever seen in Migdal HaEmek. Hundreds of people came, sang, danced, davened and enjoyed a seudah together, with one heart and one soul. The thing, however, that struck me most was the unity between all types of Jews. There were Ashkenazi, Sefardi, Edot Mizrachi, Yemenite, Ethiopian; chassidim, misnagdim, Yeshivish, secular — it did not matter. All the men women and children came together to show support and to share in the joy and mazal tov of this family.

Israel is repeatedly attacked by the intelligentsia and world press as an apartheid racist state. I would challenge any of the haters to attend last night. Skin color was the last thing on anyone’s mind. If anything, white, brown, black all came together as one unified whole; fellow Jews from across the spectrum celebrating with a beloved Jewish family while mourning our collective son. It was beautiful and inspiring beyond words. It was a microcosm of what is going on in our beloved State of Israel, where Jews of many types from many different diasporas have come together to create one nation, which will be united under Hashem, speedily in our days. 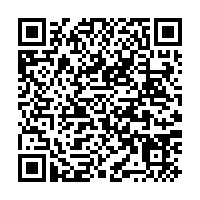