In response to Paul Miller of TheVerge.com’s abstinence from the internet for a year series, I wrote a piece about the search for connectivity in Jewish thought. But while the concept of “connectivity” is the great attraction to technology in general, in our article now we are speaking specifically about an “attraction to distraction;” to be attracted to something that seems new, notwithstanding the consequences involved.

What I am about to write–as the result of Rabbi Ginsburgh’s class last Thursday night–is something that would have saved me tremendous hardship over the years. Long before the Internet Asifah, the response given to me was always abstinence. But abstinence doesn’t answer the longing of the thirsting soul, as even Carl Jung realized to a degree.


There are two concepts being expressed in today’s youth related to our discussion. The first is a desire to experience the new. The second is a willingness to experience the new to the point of self-sacrifice, mesirat nefesh. To the extreme, the result is suicide, God forbid. But going to forbidden sites is also a manifestation of this willingness to sacrifice oneself.

As cited in the headline of this article, the cure is to first promote what exactly Jung’s “union with God” means. Joseph became known as the “revealer of secrets” (tzafnat paneach) in the merit of standing up to the test of seduction from Potiphar’s wife. So too, children should be taught to overcome the test of adolescence by steering their distracted attraction towards revealing new novelties in Torah.1

While I encourage you to read the entire transcript from last Thursday’s class–Part 1 Here, please check back for Part 2,2 I thought to end with this quote:

“The child’s state of mind is such that for instance when a child enters cheider for the first time, he sits with the teacher and we throw candy at him. He is told that the candy was thrown to him by the angel Michael, and that this is the reward given to children who learn. The child’s mindset is such that he believes this. The adults think otherwise, they know otherwise, but in this case, it is the adults who should pick up on the child’s mindset and figure out how to enter the same mindspace. Once a person is an adult, he no longer believes in miracles happening so easily.

It’s not that the child doesn’t know that a miracle happened, it’s that he thinks that this is how the world simply is—God performs miracles, this is the world’s nature. The child thinks that God is simply required to perform miracles.”

Wherever possible, I try and advise people to write about what interests them in the world according to Torah thought. Two years ago I decided to begin CommunityofReaders.org because of my interest in technology headlines and publishing. Instead of quelling that interest, with the encouragement of Rabbi Ginsburgh, I began a site devoted to explaining technology headlines within the landscape of Torah. Now two years and over 170 articles later, with each progressive headline, my enthusiasm over secular news decreases.

While I’m not in a position to say that holding bonfires for smart phones and TVs isn’t a good idea, I can say that this approach didn’t work for me and probably doesn’t work for many of you reading this internet-delivered article.

Above all else, the most important thing is not to get discouraged. In line with the quote above, there is no specific knowledge base needed to experience the miraculous (actually, having a broad knowledge can make it more difficult to see the world through the simple eyes of a child). 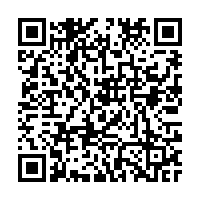