Two weeks ago, The Jerusalem Post published [3] an unbridled attack on Dr. Henry Kissinger and on a Jewish organization in New York for inviting Kissinger to speak. The op-ed article claimed that Kissinger “has a long record of undermining Israel” and that he “caused grave damage to Israel.”


The 96-year-old former US Secretary of State does not deserve such opprobrium. On the contrary, he has earned our appreciation.

Kissinger remains one of the greatest practitioners of modern foreign policy and strategic affairs; a towering intellectual thinker; an architect of global stability and Mideast peacemaking; and yes – he was friend of Israel when in office and he is today too.

I know this from intimate familiarity with the historical and biographical literature relating to the Yom Kippur War and its aftermath, and from personal conversations (in Israel in 2017) with Dr. Kissinger. I had the chance to discuss the historical controversies with him and several very senior Israeli interlocutors.

The most serious allegation hurled at Kissinger over the years by some Israelis is that he held-up the American resupply of Israel with weapons during the first week of the 1973 Yom Kippur War. As the story goes, Israel requested an emergency airlift of arms as soon as the war broke-out. But Kissinger didn’t want Israel’s eventual victory to be too lopsided, thinking that it would easier to get a stable ceasefire if Egypt and Israel fought to a draw, so he supposedly stalled the airlift and bled Israel.

Except that this isn’t true. President Richard Nixon and Kissinger clearly wanted to lead post-war peace talks based on an Israeli victory, not on a draw with the Arabs who were backed by Soviet arms. Israeli victory was the American interest.

The fact is that for the first two days of the war no emergency airlift was requested by Israel, only some antiaircraft missiles and routine items already in the existing supply program. In fact, Israeli leaders were telling Washington that the war was going well! Everybody in the US government expected a repeat of Israel’s swift victory in the Six Day War, and nobody believed that significant resupply of arms could reach Israel before the war had ended.

Nevertheless, there was a sharp debate in American government about the wisdom of sending any arms to Israel, with Defense Secretary James Schlesinger opposed to the resupply for fear of angering the Arabs and “blowing America’s image as an honest broker.” Kissinger argued for sending limited arms to Israel to cement the US role in regional diplomacy. On Day Two of the war Kissinger prevailed, and told Israel that it could collect the 80 Sidewinder missiles it had requested.

On Day Four of the war (Tuesday, October 9) Israel revealed to the US that it had lost 500 tanks and 50 fighter jets, and it asked for urgent replacements. Nixon was preoccupied with his domestic scandals (Watergate and Vice President Spiro Agnew’s resignation), but Kissinger got Nixon to guarantee to replace Israel’s losses, allowing the IDF to dip immediately into its reserve arms stocks.

It’s true that during the fifth and sixth days of the war the Pentagon dragged its feet about organizing resupply flights to Israel and about sending tanks and planes in US service to Israel – items anyway not available off the government shelf so quickly. Also, charter airlines declined to take part in the effort, and European countries denied refueling rights to American aircraft carrying arms to Israel – frustrating Kissinger and his aides.

But note: It was only on Day Seven-Eight of the war (late Friday night-Saturday October 12-13) that Israel told the US it was failing to win the war quickly and was running out of basic ammunition. Kissinger then got Nixon to okay an emergency airlift of arms in US military planes. Over the first full day of the airlift, the US shipped to Israel more weaponry (1,800 tons) than the USSR had sent to Egypt, Syria and Iraq over the four previous days; and 3,000 tons of equipment were to follow.

So much for the canard that Kissinger purposefully delayed Israel’s resupply.

FURTHERMORE, Kissinger wisely counseled Israel against agreeing to a ceasefire on Day Five of the war, because at that time it had lost territory. Israel should agree to a ceasefire, he warned an exhausted and dispirited Prime Minister Golda Meir, only when the IDF has the upper hand and has pushed into enemy territory.

The following week, on Saturday October 20, Kissinger bravely defied a directive from Nixon to cut a deal with Soviet leader Leonid Brezhnev at Israel’s expense.

Nixon had written to Brezhnev that he was ready to “get his client in line” (i.e., Israel), as Brezhnev should do with his Arab client states, and the two superpowers then should “determine” an Arab-Israeli settlement, on their own. Nixon then cabled Kissinger, who had just arrived in Moscow, instructing him to disregard “the intransigence of the Israelis,” and find a way to impose a permanent Middle East settlement. Nixon: “I want you to know that I am prepared to pressure the Israelis to the extent required, regardless of the domestic political consequences” (meaning, the anger of American Jews; an echo of President Eisenhower’s conduct in 1956, when Nixon was vice president).

From Moscow, Kissinger issued an unprecedented retort to President Nixon: “I want you to know that I consider the tone and substance of (your) instructions to me to be unacceptable. I have brought foreign conduct to the point we have by avoiding gimmicks and holding to measured steps. I intend to continue with this approach.”

AFTER THE WAR, Prime Ministers Golda Meir and Yitzhak Rabin called Kissinger a true friend, even though Kissinger played hardball with Israel during the arduous “shuttle diplomacy” he undertook to reach armistice agreements between Israel and Egypt and Syria.

The main thing to understand about Kissinger’s actions in this period are that he acted from an American superpower prism. He sensed a historic opportunity to peel Egypt away from the Soviet Union and push Moscow out of the Middle East, and then begin a process of moving Egypt towards a more normal relationship with Israel and the West.

Kissinger conceptualized this as a strategic goal enormously important to Israel’s security – which he cared about, as well as to America’s global position – which was his primary responsibility.

Kissinger thus discouraged Israel from obliterating the Third Egyptian Army in the Sinai and he sought Israeli territorial concessions that would pry the door open to the first direct Arab-Israel negotiations, ever. And while he was tough with Israeli leaders, Kissinger never ran roughshod over Israel’s interests. Nixon might have preferred to do so, but Kissinger was respectful of Israel.

Most importantly of all, Kissinger was prescient. Anwar Sadat’s bold visit to Jerusalem in 1977 and the ensuing Egypt-Israel peace treaty of 1979 never would have materialized if not for Kissinger’s triangulating diplomacy of 1973-75. In grand historical perspective, this determines that Kissinger acted wisely, and consequently Israel owes him a debt of gratitude.

It’s true that Nixon and Kissinger were not fans of the Jackson-Vanik amendment which was crucial in pressuring the Soviet Union to allow Jewish emigration. They didn’t like Congressional (or Jewish or other) interference in foreign policy, especially not in their centerpiece détente policy.

Thus, Kissinger apparently did say once, in a recorded White House conversation with Nixon, that “the emigration of Jews from the Soviet Union is not an objective of American foreign policy.”

But there were probably dozens of other conversations between the two leaders on this matter with more nuanced considerations of the issue. I’m not willing to brand Kissinger a “traitor” to Israel and the Jewish People because of this snippet.

IN RECENT DECADES, Kissinger has served as a sage elder statesman through dozens of books and essays on world order and diplomacy, and as counsel to global leaders who voluntarily beat a path to his New York office.

In these interactions, Kissinger promotes a realpolitik strategic outlook that jibes well with Israel’s conservative defense policies and which drives greater global understanding of Israel’s perspectives.

Kissinger was a sharp critic of President Obama’s nuclear deal with Iran, and he has repeatedly articulated appreciation for Prime Minister Netanyahu’s strategic worldview. His concern about the Arab and Iranian missile threat against Israel is clear and genuine.

In sum, it is exceptionally worthy for Jewish activists to hear Dr. Henry Kissinger speak. His record isn’t perfect from an Israeli (or American) perspective, but whose record is?

When you consider the delicate positions that Kissinger held as a Jew in the highest echelons of American government, and the enormous contributions he made to American diplomacy and global security, and to Israeli security too – he certainly deserves our respect. 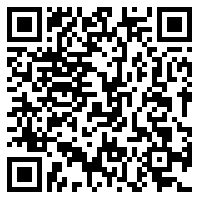