On Thursday, May 1st, Prime Minister Netanyahu announced his intention to press for the adoption of a “basic law” that would define Israel as a Jewish state.

Even though Israel was founded as a Jewish state—the 1947 UN resolution on the partition of the British mandate describes it as such—Israel has yet to adopt the definition in its own legal code. Tzipi Livni, Netanyahu’s Justice Minister and erstwhile negotiator with the Palestinians, announced she would oppose the law.


The proposed law goes to the heart of the basic issue that divides Israeli society: Is Israel a Jewish state, meant to protect the interests of the Jewish people, or is it a generic-brand democracy in which a lot of Jews happen to live—perhaps like Florida?

As against the majority, a vocal minority insists that to define Israel as a Jewish state, charged with protecting the Jewish people’s interests, is undemocratic by definition.

This week Ha’aretz, Israel’s hard-left daily newspaper, published an editorial arguing that the main purpose of the proposed law was to eliminate Israeli democracy and legitimize “the occupation, the settlement enterprise and the apartheid regime [sic] imposed on the Palestinian population.”

A lot of symbolism is thus involved in the “Jewish State” law’s passage, or defeat. But the law is not just about symbols; it’s about power.

Political power in Israel is divided between two poles. At one pole are the people’s representatives, elected at the polls, who form the Knesset and the government. At the other, are a range of unelected elites who dominate academia, the press, and most significantly the judiciary and the Ministry of Justice.

Unlike the United States, in Israel, judges are appointed by other judges. The people’s elected representatives have little to say about who sits on the bench. For the last 30 years the judiciary and Justice Ministry have been dominated by Israel’s wealthy, secular, liberal left-wing elite. They are a bastion of those who believe that Jewish identity is, at best, a private matter for individual citizens. The believe the state of the Jews should not be defined as either Zionist or Jewish. As a rule of thumb, Israel’s secular left-wing elites lose at the polls but win in the courts, which usually have the last word.

In 1992, the Knesset passed a civil rights law, the “Basic Law on Human Dignity and Freedom.” The courts have interpreted “human dignity and freedom” to mean “liberalism,” usually in the sense of “not Zionism.” The courts have stymied policies approved by the Knesset and government that do not fit the judiciary’s liberal agenda. Right wing politicians such as MK Yariv Levin, chairman of Netanyahu’s Knesset coalition, accuse the judiciary of working consistently to weaken Zionism in Israel.

The proposed new law is meant to even the balance a little. By formally defining Israel as the Jewish state, and defining the Land of Israel as the Jewish homeland, supporters of the law hope to make it hard for the courts to rule against policies rooted in the Zionist idea—from using public land to create communities for Jews to upholding the Law of Return. Furthermore, while the judiciary has traditionally been dominated by Israel’s secular left-wing elite, this dominion has been weakened of late.

Israel’s Supreme Court now has a few junior judges of a conservative bent—conservative not only in their philosophy, but in their view of how the courts should respect elected representatives’ authority to decide public policy. Proponents of the law hope that eventually judges such as Neal Hendel and Noam Solberg will use the “Jewish State” law as a tool to reverse some of the Supreme Court decisions of the past generation. 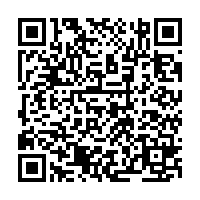