This year’s Democratic presidential primaries pit the party establishment, represented by former Vice President Joe Biden, against the party’s activist base, comprising revolutionary socialists led by Sen. Bernie Sanders. Their fight casts in stark relief the dismal state of both the Israeli left and Israeli democracy.

Sanders and his supporters reject these claims with two counterarguments. First, they note, all the energy in the party is in their camp. Thousands turn out to participate in Sanders events while Biden speaks to empty halls. Sanders is charismatic and compelling; Biden can’t remember what state he’s in.

Second, Sanders and his supporters warn that they aren’t in the game to get just any Democrat elected. They are there to get Sanders elected. If the party establishment successfully torpedoes his candidacy, as it did when he ran against Hillary Clinton in 2016, then more likely than not, his supporters will pick up their marbles and go home, and take their energy and crowds with them. It is a serious game and both sides treat it accordingly.

This then brings us to Israel. Last Monday night, as the public waited for the polls to close and the exit polls to be released, “Eretz Nehederet,” Israel’s biggest prime-time satire show, broadcast a sketch that perfectly captured the state of the Democrats’ Israeli counterparts. The sketch portrayed Blue and White Party leader Benny Gantz on election day on one side of a split screen and Likud leader Prime Minister Benjamin Netanyahu on election day on the other.

Gantz’s character spent the day lolling around his house, clueless and indifferent to the elections. It was only at the end of the day that he remembered he was supposed to vote—and campaign.

Netanyahu’s character, on the other hand, spent the day frenetically searching for votes, campaigning relentlessly, if comically, for every constituency he could think of.

The gag perfectly characterized the basic distinction not only between Gantz and Netanyahu but between Israel’s political right and political left in the lead-up to the elections. From the moment the last Knesset dissolved itself and third elections were called, Netanyahu canvassed the country from one end to the other, over and over again, talking to voters. The Likud put together a ground game the likes of which it hadn’t deployed in ages to get voters to the polls on election day, and expanded its voter base by more than 200,000.

Blue and White’s campaign, in contrast, was barely noticeable. For over a month, Gantz refused to give media interviews and ordered his party members to say as little as possible. Blue and White’s campaign, such as it was, was hateful and contemptuous of voters. Yair Lapid, Gantz’s No. 2, outdid himself last week when he called right-wing voters “sh*ts.” His party colleague Yoaz Hendel gave an interview where he derided Likud voters along elitist lines. In a swipe at Sephardic Jews, Hendel insinuated that Likud voters come from the culture of darbuka drums, while Blue and White voters come from the classical music culture of Vienna.

Blue and White made no attempt to win over voters. All they cared about, to the extent they cared at all, was uniting their camp under a tent of elitism, bigotry and hatred of Netanyahu, whom they portrayed as Turkish dictator Recep Tayyip Erdoğan, and his primitive, sh**ty voters.

Gantz inadvertently explained the lackadaisical campaign strategy in a radio interview last week. He said that from his perspective, political leaders aren’t really that important, because the real leaders of Israel are the legal fraternity.

In his words, “The Supreme Court is the top authority.”

Why bother campaigning when political leaders don’t decide anything anyway? And more to the point, why should Gantz and his colleagues fight for votes when the only votes that matter are those belonging to Supreme Court justices and the state prosecutors? The legal fraternity has made abundantly clear that it prefers Gantz to Netanyahu and will stop at nothing to get rid of Netanyahu. So why campaign at all? Might as well sleep in on election day.

Blue and White, with its official platform rejecting all legal reform, isn’t alone in its view that democracy is a thing of the past and that the people’s vote is no more binding than an op-ed. In the last two weeks of the campaign, there was a sudden rash of letters by veterans of elite IDF units, the Israel Air Force and the diplomatic corps calling for the Supreme Court to bar Netanyahu from forming a government. These elitists didn’t even bother to wait to see how the public voted. It made no difference to them.

The contrast between the Democrats’ intensive campaigning and the Israeli left’s shrug at voters doesn’t mean that Democrats are fervent democrats. They may have as much contempt for voters as their Israeli counterparts.

If Lapid and Hendel let the cat out of the bag in their sneering and hateful remarks about Likud voters, in 2016, Clinton called the tens of millions of Americans that supported Trump “a basket of deplorables … the racists, the sexists, the homophobes, the xenophobes, the Islamophobes.”

Like Blue and White, Clinton showed that not only did she not seek the support of Trump’s supporters, she hated them and held them in contempt.

Then there was the spying operation that the heads of the Obama administration’s justice system and intelligence agencies carried out against the Trump campaign and maintained into his presidency. Then-FBI Director James Comey’s willingness to authorize legally dubious surveillance of American citizens involved in the Trump campaign for the purpose of pushing the claim that they had untoward relations with Russia and then leaking stories to that effect to the media, was an unprecedented assault on the foundations of American democracy.

Comey’s success with his associates in and out of government in reducing then-Attorney General Jeff Sessions to a rubber stamp and compelling him to authorize the hire of their crony Robert Mueller to lead a special counsel investigation against Trump was yet another unprecedented assault on democratic norms and practices.

Mueller’s decision to staff his operation with Democratic attorney-operatives and empower them to hound and humiliate Trump, his relatives, friends and advisers by accusing them of acting as Russian agents without a speck of evidence, was yet another low point for American democracy.

Then came the impeachment.

When, after a year and a half, Mueller was forced to admit that he had found nothing and close down his shop, House Speaker Nancy Pelosi and the congressional Democrats sprang into action.

They might not have had Trump on Russia, but they would frame him with Ukraine. The impeachment process, like the spying and investigating operations, was based on no evidence of wrongdoing, but it didn’t matter. The Democrats were intent on impeaching Trump. They had the votes to impeach him. So crime or no crime, they impeached him.

Pelosi’s decision to impeach Trump owed in large part to her understanding of the centrality of democracy to power in America.

Pelosi waited a year and a half to impeach Trump because she knew her case was ridiculous. She had no cause to impeach him, and with Republicans in control of the Senate, no hope of removing him from office.

Pelosi chose to impeach Trump despite all that because in 2018, she and her fellow Democrats won control over Congress by promising to impeach Trump. Once Mueller walked away from his witch hunt empty-handed, Pelosi had no excuse not to impeach him. So, she impeached him. For nothing.

Democrats may like or despise democracy. But like it or hate it, in America, it’s the only game in town. Voters are the source of power. If you win their votes, you can do anything. If you fail to convince them to come out and support you, you can’t do anything. This is why Democrats are fighting so hard for the nomination. They need voters.

Whereas Likud and its coalition partners are committed to pursuing significant reform to check the power of the prosecutors and justices, Blue and White’s platform dismisses outright all possibility of reform. The left knows what its source of power is—and it isn’t the people.

On Wednesday, Blue and White announced it will seek the passage of a law barring indicted officials from serving as prime minister. In so doing, Blue and White formalized its rejection of democracy. If passed into law, Blue and White’s bill will do two things which are both antithetical to democracy.

First, it will give the unelected attorney general the power to decide who can run for office. If all that is needed to block a politician from running is a criminal indictment, then the only person who matters in Israeli politics will be the attorney general.

Second, the bill seeks to cancel last Monday’s election. More than two million Israelis voted for Netanyahu, either directly by voting for Likud, or indirectly, by voting for its coalition partners. The Blue and White bill intends to throw their ballots into the trash.

It’s not at all clear how we can proceed from this point. But what is clear enough is that we have reached an inflection point. Either three members of the Blue and White coalition break ranks and join Netanyahu to form a government and save Israeli democracy, or Israel will cease to be a democracy. 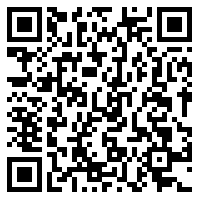