We may be witnessing the beginning of the end of the Jewish diaspora.  While the anti-Semitic terrorist attack against a synagogue in Pittsburgh is a grave warning for American Jewry, the danger for Jews in Scandinavian countries, France and Britain has been evident for some time.

The Jewish diaspora is the most enduring exile in human history. For 2000 years, the Jewish people has been scattered across the globe and contributed disproportionally to humanity. Against all odds, Jews have survived persecution from the times of Babylon and Rome to the Spanish Inquisition, Soviet Russia, Nazi Germany and Islamist terrorism.

Before the establishment of modern Israel, the destiny of millions of Jews was decided by the whims of different non-Jewish rulers in Christian Europe and the Muslim world. Being forced to flee with short notice with little more than a suitcase was the harsh reality for generations of Diaspora Jews. Islamist Jew-hatred has virtually wiped out once thriving ancient Middle Eastern Jewish communities from Morocco to Iran.

As late as 1939, most of the world’s Jews lived in Europe and Russia. As a result of Nazism, Communism and emigration to Israel and America, only a fraction remains. Seven decades after the Holocaust, European Jewry is ageing and assimilating while facing increasing levels of antisemitism from Islamism and extremists on the Right and Left.

Generations of Jews have referred to America as “The Golden Medina” – the golden country of endless freedom and opportunity. The American Jewish community is the largest and most successful Jewish population in the history of Jewish diaspora. In fact, many assimilated US Jews with little affiliation with Israel and Jewish peoplehood, no longer consider themselves living in exile at all.

Historically, antisemitism in America was relatively mild compared to traditional European Jew-hatred. Anti-Jewish discrimination and bigotry in the United States rarely translated into European-style pogroms. However, an increasing number of US Jews are gradually recognizing that there is a growing trouble in their cherished American home. A recent report by the Los Angeles County Commission on Human Relations, shows that 72% of all religious hate crimes in Los Angeles in 2017 targeted Jews. While many liberals talk about Islamophobia, only 12% of all religious hate crimes targeted Muslims. Furthermore, the reports shows that the proportion of religious hate crimes against Jews in Los Angeles have increased from 68% in 2016 to 72% in 2017. For sure, Jew-hatred in America is by no means limited to Los Angeles.

Private talks with family members and friends whether to stay or emigrate, is no longer limited to European Jewry. An increasing number of US Jews privately ask themselves whether there is a Jewish future in America. The recent anti-Semitic lethal attack on a Pittsburgh synagogue is certainly not reassuring.

More and more US Jews who for generations viewed America as a blessed final stop, are starting to look at alternative places like Canada or Israel. Even most pessimists don’t believe that a Holocaust could take place in 21st century America. However, the American Jewish community is not as confident and certain as it was a few years ago.

Some post-Zionist critics have argued that the most dangerous place for Jews is Israel. The Jewish state does face serious challenges from hostile neighbors. However, unlike Diaspora Jewry, Israeli Jews have a Jewish state and a Jewish army to protect them.

The number of lethal terrorist attacks in Israel have dropped significantly since Arafat launched the Second Intifada terrorist war on Israel in the early 2000s. By contrast, Islamist terrorist attacks have increased dramatically in America and especially in Europe.

Affected by 19th century romanticism, Theodor Herzl wrongly believed that return of the Jewish people to its ancestral homeland Israel would end antisemitism. However, pragmatists like David Ben-Gurion, Golda Meir and Menachem Begin did not harbor these illusions.

Antisemitism will not disappear any time soon. What has changed dramatically is that today there is a powerful Jewish state. Only in Israel is the Jewish people capable of defending itself by itself. 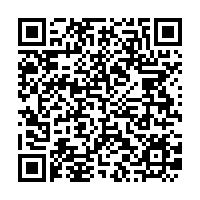