Home InDepth Op-Eds Do They Always Have to Negotiate with People Who Tried to Kill...
Share on Facebook
Tweet on Twitter
Photo Credit: Flash 90
Baruch Yedid recently reported that the Biden administration and the Palestinian Authority discussed the challenges of reopening the PLO mission in Washington.  The article reports the following:  “PA Minister of Civilian Affairs Hussein A-Sheikh spoke on Monday night with Hady Amr, Deputy Assistant Secretary for Israeli and Palestinian Affairs in the Bureau of Near Eastern Affairs within the US State Department.” The article related the hardship the Palestinians are having in reopening their mission due to a lawsuit of which I am a plaintiff.  The article purports that if the PLO mission is opened, then the Palestinian Authority would be on the hook for $650 million for the seven terror attacks in which they were found guilty by a New York jury in 2015.  The rub is that they are already “at home” by virtue of their continuing payments to terrorists who have harmed American citizens like yours truly.  The mission would only be icing on the cake as far as their legal standing in the US is concerned.

But for the moment, let’s ask a separate question: who is this Palestinian minister, Hussein A-Sheikh?  I’ve never met the man but I have known about him for nearly 20 years.  He has had several ministerial roles for Mahmud Abbas, and he often appears in the local Israeli press due to his discussions with his Israeli counterparts over issues of concern to the Palestinian Authority such as prisoners and money transfers.

So, what could be so important about a Palestinian Authority public servant, one of many in the Ramallah government?  For me, it’s somewhat personal:  he has been implicated in a suicide bombing in which my son and I were wounded.  In March of 2002, a Palestinian policeman, Muhammed Hasheikah, detonated himself on King George Street in downtown Jerusalem.  I had two screws pass through my left arm, and our son, then aged 7, had the head of a Philips screw pass fully through his right brain.  For the next few months, we were fully absorbed in our recoveries and health challenges.  In October of the same year, a very short article came out in Hebrew describing the people involved in the attack in which we were injured.  I was able to get copies of several Hebrew indictments of the cell that planned and executed the attack in which three people were killed (including a pregnant woman and her husband) and over eighty were wounded. Hussein A-Sheikh shows up in several places in these indictments.  I translated the relevant passages for the FBI who proceeded to throw the material into the garbage.  But I will reproduce the relevant portion of the material below. There are slight differences in spelling, but it is the same fellow:

19.  On the same day, the accused, Nasser Shawish and Mohammed Hasheikah visited in the office of Hasin A-Sheikh, General Secretary of Fatah in the region.   There, the accused received from Hasin A-Sheikh money and two hand grenades for the purpose of performing the intended attack.

30.  Afterwards, the accused and Nasser Shawish turned to Hasin A-Sheikh, General Secretary of Fatah in the region to prepare an announcement that the Al-Aksa Martyr Brigade, the armed wing of Fatah Tanzim, took responsibility for the suicide attack described above.  After preparing the announcement, Nasser Shawish went to the offices of ANN New Service, and there was photographed as he read the said announcement of taking responsibility for the said attack.

Hussein A-Sheikh was the General Secretary of Fatah in 2002 and based on the military indictment of the Palestinian Authority intelligence operative Akrim Aweis (“the accused” above), he played a part in the planning of the attack in which we were injured and later prepared the letter of responsibility for the attack.  This man has never been charged by Israel for his purported role in our attack, but if one were to indict every Palestinian Authority official involved in terror attacks during the Second Intifada, there may be nobody left to turn out the lights in the Mukhata. If the claims based on the confession of those involved in the March, 2002 attack are true, then Hussein A-Sheikh participated in a plot in which dozens of unarmed citizens were harmed.  Why would an official of the United States government wish to talk to such a person?  Has he shown any remorse?  Has he stated that he is giving up the terror business and wants to be a man of peace?  Not to my knowledge.  And this ultimately is one of the many failures of the Palestinian Authority.  They have never made the transition from terror to peace.  People like Marwan Barghouti are extremely popular because of and not in spite of their terror past; if he were to renounce his previous actions, he would be tossed to the side by the Palestinian population who were raised on “million martyrs on Jerusalem” and “with blood and fire” they will take over the whole land.

I am for peace and I understand that sometimes people who represent “the other side” would not win a Miss Congeniality contest, but they are the ones doing the negotiating. One would hope that the State Department would not only worry about the PLO’s mission in Washington but also about fellow American citizens who were killed or maimed by the actions of the Palestinian Authority and its representatives.  We all wish to see peace between Israel and the Palestinians but we also wish to see justice for our families.  The Palestinian Authority cannot whitewash its previous actions, and it is our hope that the new administration will hold them accountable for the harm they caused to fellow American citizens. 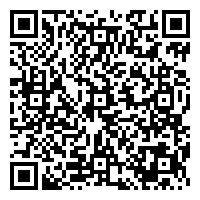