Any man can make mistakes, but only an idiot persists in his error.

Secretary of State, John Kerry feverishly continues on his mission of pushing the only Jewish State in the world to commit suicide. The latest report being from The Jewish Press that the US is putting the squeeze on Israel requesting that they freeze so-called “settlement” building in Judea and Samaria which will signal a de facto surrendering of the land.

Not only is this a racist policy targeting where Jews live, it is also inhumane at the same time as young families with children struggle to afford housing in Israel.


Just where does the US get the chutzpa to make policy on Internal Affairs in a sovereign nation? Does Prime Minister Netanyahu go to Washington and tell them where to build and not build or to give Texas back to Mexico?

According to Center for Israel and Jewish Affairs:

Long and narrow in shape, Israel is about 470 km (290 miles) in length and 135 km (85 miles) at its widest point. At 20,700 square kilometres, it is approximately 2/3 the size of Vancouver Island. Near the mid-point of the country, in the densely populated coastal plain north of Tel Aviv, the distance between the West Bank and the Mediterranean is only 15 km – less than the drive across Canada’s largest cities. Israel is very small and narrow in size – approximately 1/480th the size of Canada.

Yes, Mr. Kerry, size does matter very much it would seem.

According to extensive topographic and geographical research done by Mark Langfan  and Dr. Martin Sherman’s geopolitical research, Israel would find its major population areas within rocket launching range, among other dire consequences, if Judea and Samaria are relinquished for yet a third state for the Arab Palestinian’s.

Mr. Langfan’s map shows clearly, the small blue area is 70% of Israel’s Jewish population and 80% of the Industrial area. Due to space limitations it is impossible to list all the work Mr. Langfan has done but I urge all readers to visit his site for further information.

From Dr. Martin Sherman’s article Surrendering Sovereignty, he writes, “By adopting a policy to avoid confrontations in which it can prevail, Israel may eventually find itself forced into one in which it cannot.

“Let’s assume that once a sovereign “Palestine” is formed its government strikes a “friendship treaty” with Iran or North Korea, and a few hundred “experts” visit it to consult on issues such as training the “national guard” or the formulation of an intelligence system; or that the Palestinian government would be willing to take in a few thousand refugees and with the U.N.’s assistance, houses them in refugee camps set up within view of Jerusalem or Petach Tikva; or that the Shin Bet security agency realizes that a few hundred jihadis have found their way to these refugee camps and have set up terror cells; or that Palestine holds general elections and Hamas wins and sets up a government in Ramallah. There are endless plausible scenarios. What will Israel do? Invade Palestine? Demand U.N. Security Council action? Ask the U.S. for help?”

A nightmare scenario to be sure and the US and world powers would turn a blind eye as they are now to the dangerous situation they are creating.

As we can see size matters very much in the case of Israel ceding land that they have every right to and would bring about the demise of the only Jewish homeland in the world.

Farce treats the improbable as probable, the impossible as possible. 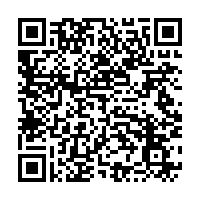