Liberal pundits have coined a new saw: Sheldon Adelson and the newspaper he owns, Israel Hayom, are primarily responsible for the collapse of many Israeli media outlets, and this endangers Israeli democracy.

The assertion is wrong on both the business and ideological levels.


The imminent failures of Maariv and Channel 10 television, and the deep troubles of Haaretz and other smaller publications, are first and foremost the function of long-term market forces, such as the advent of Internet news sites, that predate Israel Hayom.

Maariv’s downward slope began long before Israel Hayom debuted in 2007, which explains why Maariv was bought and sold four times – always at a loss – over the past 20 years. Its consistently terrible management and lack of brand positioning spelled its doom.

The same for Channel 10. The same for the Davar, Hadashot and Hatzofe newspapers – all of which have folded over the past 20 years. Sheldon Adelson had nothing to do with these bankruptcies.

Undoubtedly, some readers have moved from Maariv, Yediot Aharonot and Haaretz to Israel Hayom because the latter is distributed free. These readers also may have discovered that Israel Hayom is a good paper, with solid editing, experienced reporters, comprehensive coverage and a fine lineup of sharp columnists (full disclosure: including me).

What really irks the veteran Israeli media outlets is that readers have abandoned them for ideological reasons. Readers fled Yediot and Maariv because they became crass, trashy publications dominated by glossy features about models, actors, singers, rich playboys and the “true heroes” of Israel – journalists themselves.

By contrast, Israel Hayom features academics, scientists, pioneers, and Zionist and social activists. It also promotes hiking and travel within Israel, not the casinos in Greece, the restaurants in Rome or the fleshpots of Thailand.

Readers also edged away from Maariv, Yediot and Haaretz because of the deep gap that opened between the left-wing ideological viewpoint peddled by these publications and the healthy, increasingly conservative instincts of the Israeli public.

Those papers idolized Shimon Peres and his “new Middle East,” puffed up Yasir Arafat and promoted the Oslo process long after its failure was clear, and they lionized Ariel Sharon and pumped for Gaza disengagement while ignoring Sharon family corruption.

Yediot and Haaretz also regularly dump on Jerusalem, Israel’s largest city, as medieval and backwards while exalting Tel Aviv as cool and cultured. They sneer at Orthodox Judaism and mock religious Jews. They disparage Prime Minister Benjamin Netanyahu with savage vehemence and fanatical constancy. Not a month goes by without Yediot conjuring up some nasty, cockamamie story about Netanyahu’s wife, Sarah.

For Haaretz, Israel can do no right and the Palestinians can do no wrong.

There’s more. In the 1970s and ‘80s, Yediot under editor Dov Yudkovsky, and to a lesser extent Maariv under editors Rosenfeld, Shnitzer and Dissenchik, became razor-sharp media watchdogs, launching one investigative report after another into government and financial sector corruption. They were papers with values and an edge.

But under Yediot publisher and acting editor Noni Mozes, and under Maariv’s disgraced and jailed publisher Ofer Nimrodi and current owner Nochi Dankner, the last decade has been dismal. The papers became enmeshed in promoting the financial and political careers of Israel’s liberal elites and the vested business interests of the publishers themselves. They often defended corrupt politicians and attacked attorney generals and the system of law enforcement. They came to represent the interests of their owners’ business and political connections, not the public interest. This is a real threat to democracy.

It’s also no surprise that Yediot and Maariv are now running an unabashed, aggressive campaign promoting the return to politics and national prominence of Ehud Olmert and Aryeh Deri, both of whom earned reputations as corrupt politicians and both with criminal convictions. And lo and behold, both happen to share left-of-center political orientations. 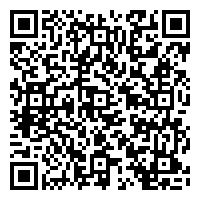