Israel has long been in the thrall of almost all things American: music, fashion, cuisine, entertainment. America has provided Israel with a cultural template that many Israelis have been happy to replicate.

Fortunately, the pattern breaks down when dealing with more important, truly existential matters: having children, upholding tradition and a continued respect for the State and its key institutions.

Here, Israel has charted its own path, in many respects is an outlier among many Western democracies.

This independence of thought and action is now being tested as Israel has been coping with Covid-19 and the economic disruption that has come from the virus.

Simply stated, there has been a concerted attempt to apply the experience, the model of American protests to demonstrations here.

In America, what started as spontaneous revulsion about the allegation of police brutality of blacks growing out of the sadistic killing of George Floyd by a  white Minneapolis policeman, quickly morphed into a hard Left driven attempt to literally tear down the symbols of American history and society.

Groups like Black Lives Matter, which has been around for years and makes no secret of a revolutionary, anti-American agenda, have garnered huge support from a public that has little idea that the group is not focused on ameliorating the condition of the black community, but rather replacing the American system.

The surreal drive to defund the police is a direct threat to the welfare of inner city residents in the name of punishing a power structure. Tearing down statues of Confederate generals quickly devolved into tearing down statues of Lincoln, Frederick Douglass and, for good measure, Jesus.

Not surprisingly, the silent majority of Americans, while consensually supporting measures to help the black community, are not interested in destroying America. They have been watching as Progressive mayors and governors seem to be more interested in making political points with the Far Left than they are in maintaining the security of their constituents.

While it is too soon to see the full ramifications of all of this, there is likely to be a strong reaction at the polls as frightened Americans contemplate the prospect of an empowered Progressive wing in the wake of a Biden election.

Now, look at Israel. The original demonstrations were spontaneous cries for economic relief, for understanding the devastation of businesses in the wake of government policies to suffocate the virus.

Compounding this were renewed demonstrations against the Prime Minister, calling for his resignation.

But just as in the American scenario, there has been an unmistakable shift to the protests here. First of all, it is interesting that there should be such an organized effort designed to force the Prime Minister out of office.

The Prime Minister was indicted months ago, and even won an election under indictment. Presumably, the demonstrations are moot, since the PM is under indictment and his fate resides in the courts.

Like most liberal democracies, someone is presumed innocent until pronounced guilty, so the demonstrations calling for the PM’s removal, are definitionally anti-democratic.

But the real objective is not just justice for the Prime Minister, because that will be provided by the Courts; rather, it is political usurpation. And here is where the American model is most clearly discerned. There has been significant funding and organization for the anti-PM demonstrations. These are hardly just grassroots, spontaneous outbursts.

Equally troubling has been the messaging increasingly seen at these demonstrations: calls for BDS, accusations of apartheid against Israel, the waving of Antifa and communist flags and accusations of the PM as a traitor represent a ratcheting up of the messaging, and a view of a sub rosa agenda by some.

The willingness to denigrate the Menorah outside the Knesset was a brazen example of moving beyond the four walls of Covid-19 distress and revulsion about the Prime Minister to express contempt for the State and for society.

There have been extensive hidden camera videos at anti-Netanyahu rallies that bespeak a more troubling orientation, reminiscent of what has been seen in America. There have been attacks on bystanders and on police, and there are undoubtedly Far Left and Anarchist demonstrators who would love to see more violent confrontations.

One area in which Israel is closely following the American model has to do with the mainstream media. In America, you would be hard pressed to know that there is an Antifa, or riots in Portland or shootings at the CHOP autonomous zone in Seattle, if you just watched CNN or MSNBC, or read the New York Times.

Similarly in Israel, most media outlets are not covering the “hard core Left” aspects of demonstrations. Fortunately, in both countries there is an active social media effort to provide the missing context to the protests.

Ultimately, the good news is that most Israelis want nothing to do self-denigration. Of course, many people oppose or dislike or even loathe the Prime Minister. That’s what a democracy is all about.

But who seriously expects the Prime Minister to resign because some thousands of people gather outside his residence demanding his resignation? As in America, these demonstrations will ultimately prove to be counter-productive, especially if there is more violence, and anti-Israel messaging.

The fact that, after sliding badly, Likud has clawed back some ground in the polls, sufficient to restore a Right Wing majority, likely expresses a revulsion as to what these demonstrations might really be about.

In the coming months there will be more revelations about the funding for this attempt at political usurpation. I predict that we will learn that many of the sources underwriting the protests in the US will be present here too, with the same goal: to create political chaos with the goal of returning the Left to power. 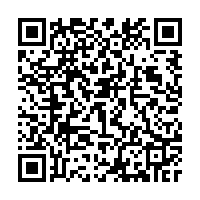