What does it take to experience a miracle? Nothing more than to live a life with eyes wide open. The truth is, we live in an age of miracles and wonder. Does that sound like a ridiculous statement to you – to characterize the age of the Internet, gene therapy, and biological science as an age of miracles? For many people, the idea of “miracles” comes straight from Medieval times. They view miracles as fantasy and “anti-science.”

I assure you that Judaism has the greatest regard for science. Science and miracles both true? Absolutely. As software developer and author Tamar Sofer has written, “My husband, a laser physicist, tells me that scientists who study particle physics are more likely to become religious. Scientists are notoriously hard to convince of anything. Yet, when these skeptical scientists see the perfect, natural order of the world, they decide nano and up that this world was planned. The marvelous design before them becomes the miracle they need to become convinced.”


Indeed, it is quite often those scientists who study natural law in its greatest complexity and detail who appreciate miracles the most.

The laws of science and nature guide our world. And miracles happen all the time. A contradiction? Not at all. The “rub,” as Hamlet might have suggested, is with how we define “miracle.”

A miracle is anything that “should not” happen in the logical, rational normal course of events. A miracle need not be fantastical. If we limit the things that constitute “miracles” to the “earth standing still” or events that run contrary to physical law, then we not only tarnish the laws God has established for the physical world but we blind ourselves to the very real miracles that play out in our lives every day.

Over 300 years ago King Louis XIV of France asked Pascal, the great philosopher of his day, to give him proof of the existence of miracles. Without hesitation, Pascal answered, “Why, the Jews, your Majesty. The Jews.”

History does not tell us the king’s reaction to this proof, but we do know exactly what Pascal meant by his answer because he explained it clearly in his masterwork, Pensees. In that work, he states that the fact that the Jewish people had survived even to his day was proof enough for him that miracles occur. After all, what rational explanation existed to make sense of our continued presence upon the world’s stage?

A more modern historian, Arnold Toynbee, wrote a ten-volume encyclopedia of human history. In the course of those many volumes the one thing that contradicted his “universal” rules that govern the inexorable decline of every people on earth was the continued flourishing of the Jewish people.

Despite history’sbrutal attempts to destroy us, we have managed to defy all predictions and logical expectation of our demise.

History is littered with the powerful empires that worked mightily to ensure our demise – from the Akkadians to the Babylonians to the Persians to the Third Reich. Jewish history – indeed, Jewish existence – defies rational explanation. We are a miracle.

The miraculous is so essential to who we are that David Ben Gurion, the first prime minister of the State of Israel, said, “A Jew who does not believe in miracles is not a realist.”

The most dramatic threats to our existence have come from external forces; the more subtle and damaging arise from within the Jewish community. Jews too often embrace cultural norms that would diminish the uniqueness of Jewish life, as when we clamored to assimilate into Hellenistic culture during the early years of the Hellenistic Empire. It was only the miracle of Chanukah – and by that I mean a good deal more than the oil lasting a full eight days – that once again allowed us to survive as a dedicated people.

During the time of Antiochus, our prayers and repentance were not sincere. The people had assimilated. They were “as the Greeks” – and so, in the beginning, it was a mere handful of Hasmoneans leading the charge while most of our people failed to demonstrate the inspiration from below to earn God’s abundant blessing from above.

And yet God showered us with miracles. Despite the people’s lack of faith, He provided us, mercifully, with inspiration from above. His inspiration was undeserved – which made it all the more miraculous! 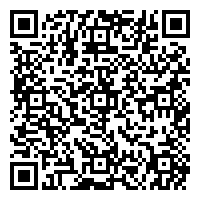