Egypt’s interim president Adly Mansour has set January 14 and 15, 2014, as the dates for a referendum on the country’s amended constitution.

Amr Moussa – the chairman of the (fifty-member) Committee of Fifty tasked with amending the 2012 Islamist constitution – appeared in multiple televised interviews to tell about the importance of the new amended constitution for the future of Egypt. He talked about how the new constitution guarantees that Egypt will have a “civilian government” and will promote the creation of a “democratic and modern country.” He stressed that Egypt will have no military or theocratic government. He also listed several articles that will guarantee freedom for Egyptians, including freedom of religion and freedom of expression.

A closer look at the constitution itself reveals that it is not the freedom-promoting document Moussa describes it as being.

The amended constitution still includes Article Two of the previous constitution, which states that Islam is Egypt’s religion and that the “principles” of the Islamic Sharia law are the country’s main source of legislation. This clearly puts Egypt’s religious minorities, most notably the Coptic Christians, in a position of extreme vulnerability. When this was pointed out, Moussa stated that there was nothing to be done because the article had been approved unanimously by the Committee of Fifty, which included Coptic leaders. What Moussa failed to report, however, was that a Copt who served on the Committee of Fifty openly admitted on national television that he had caved into the demands of Islamists who want to turn Egypt into an Islamic theocracy.

Retaining Article Two is not the only problem with the constitution. It also places Egypt’s military beyond civilian oversight, rendering the phrase “civilian government” meaningless. This condition is a huge problem: Egypt’s armed forces have amassed an enormous and independent economic empire which includes gas stations, banquet halls, construction operations, factories, and vast tracts of land. Consequently, Egyptian generals are the feudal lords of modern Egypt; their underlings are their squires and scribes, and those outside the military are turned into defenseless peasants.

But Major General Medhat Radwan Gazi, chief of military justice, contradicted Mr. Moussa. Gazi confirmed that disputes between civilians and the operators of military owned-businesses could be settled by a military court to protect the officers or soldiers who work and manage these businesses.

Gazi also said that there is no difference between an officer defending the country in a tank or pumping gas or managing a gas station. They are all officers of the armed forces, so any dispute with the public will be tried in military court. In sum, the proposed constitution entrenches a modern-day system of feudalism in the land of the Nile.

This plan is a disaster. Egypt has been under military rule for over 61 years, and emergency laws have been used for over 32 years of its recent history. Thousands of civilians have been tried and convicted in military courts for all kinds of charges. Gazi confirmed that the armed forces will continue governing Egypt for the foreseeable future.

One would think that in exchange for cementing the status of Egypt’s generals as modern-day Pharaohs, the new constitution would at least protect Egyptian citizens from an onslaught of theocratic extremism. It does not. 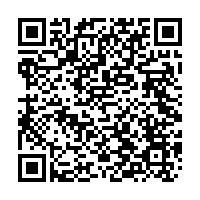