Albert Einstein known for his creative and fruitful thought processes in science has given us some extraordinarily illuminating views on Zionism. In recent years there has been some concerted effort to reject the fact that Einstein held Zionist views and this demands a response.  This is particularly true in the case of Fred Jerome’s book “Einstein on Israel and Zionism”.

I believe that in relation to the Zionist issue that Einstein’s thinking evolved over time to adopt a form of Zionism in support of a Jewish state where this mirrors his distinctive kind of creative thinking revealed in his scientific pursuits as well.  In considering  Einstein’s development here it may may seen that  such views as Jerome’s are grossly in error and have sought to tailor Einstein’s final views to fit their own ideology. At one point in his life he may have indeed been understood to oppose a Jewish state in a strict sense, but his views were later guided by consideration of reality and like his work in the sciences reality ultimately compelled him to adopt a much different outlook.

It may be noted that early on Einstein expressed a conditional support for an independent Jewish state.  It is central in this regard that any positions on this matter Einstein adopted must be placed in an accurate time frame to be fully understood.

Firstly it should be relevantly observed that prior to the summer of 1947 that Einstein did not support an entirely independent Jewish state reflecting Jewish origins. . This was linked to his disdain for any statehood as a kind of internationalist in this area. He did, however, prior to 1947 support the idea of a homeland for the Jews, but within the mentioned single binational state as a kind of “pragmatic means.” However he allowed for altering his positon supporting such a state if circumstances compelled it. This is clearly revealed in his 1938 speech “Our Debt to Zionism where he states he would support it with such compelling circumstances. He stated in this regard, “Just one more personal word on the question of partition. I should much rather see reasonable agreement with the Arabs on the basis of living together in the peace than the creation of a Jewish state…. If external necessity should after all compel us to assume this burden, let us bear it with tact and patience.”

This last modification is crucial since it opens the door to a distinctly Jewish state. Further Einstein modified even the first part of this statement after his sense of identity as a Jew was enhanced by the emergence of the holocaust

Sometimes a particular interview is cited with Judge Hutchison Chairman of the Anglo-American Committee of Inquiry as evidence of Einstein’s opposition to a Jewish state. In this connection the Committee itself was not neutral and stood in opposition to the creation of a Jewish state. Moreover examination reveals the questions were loaded and ambiguous and Einstein’s responses could not be taken to mean what many have interpreted.

It is the mentioned conditional assertion of external necessity that ultimately resulted in the shift of Einstein’s positon. The external necessity was triggered by the Jewish Palestinian conflict through which Einstein emerged in supporting a national state in accepting Labor Zionism. Labor Zionism or Socialistic Zionism was an attempt to fuse Zionism and Socialism under the belief that a viable state for the Jewish people could be only achieved in a socialistic framework. Socialism on this view was required for a fully just state and only a fully just state would be consistent with Jewish objectives of a truly liberated society. Labor Zionism not simply asserted that a non-Socialistic state would be merely only a partial liberation of the Jewish but rather that the very necessity for the existence of a Jewish state required socialism.   The political leaders promoting these ideas was spearheaded by such prominent leaders as Ben Gurion and Ben Zvi. Most significantly the largest paramilitary defense force was headed by labor Zionists institutions. Their leadership, moreover, was central in the 1948 Arab Israeli war thereby attesting to Einstein’s evolved support of a full-fledged separate Israeli state.

It is significant to note that Einstein’s thought strategies in his scientific pursuit’s exhibits a marked parallel with the development of his perspective regarding Zionism. In his scientific thinking Einstein reveals a profound respect for experience especially in dealing with observed results of Maxwell’s equation while at the same time revealing enormous intuitive power to guide his thinking. Einstein in accounting for this constancy was lead to the unnatural conclusion that space and time become a function of motion. Einstein possessed an astonishing capacity to utilize intuition appropriately and productively.  He realized from his readings of the philosopher David Hume that one cannot simply intuit which course reality will take and that one must appeal to experience in this respect. However, upon experiencing reality in its many facets one could then intuit a direction based on aesthetic and other considerations. In both science and world views there is an intuitive leap to an evaluative state of mind that takes place.  Regarding the first it is in the direction of beautiful simplicity while in the second in the direction of and a more humanistic world. In the world of human relations pertaining to Zionism he also reacted with a parallel sense of value as well in recognizing the direction which experience supported. It is reflected in his modified views abandoning a blanket pacifism as well as socialism. (He ultimately joined in urging FDR to build an atomic bomb in self-defense and he embraced free enterprise as having a place in our economy predicated on facts about human nature).  With Zionism he realized that there could in fact be no peace in a binational state and consequently then wholeheartedly embraced the concept of separate Israeli and Palestinian states. This could not be more clearly demonstrated than by his explicit endorsement of Harry s. Truman’s May 1948 recognition of Israel as a state in which Einstein stated “this is the fulfillment of our dreams.”

It should also be noted that Einstein explicitly supported in his later years the work of the Zionist organization “Working Palestine” where repeatedly he refers to the Jewish nation. In this connection he alludes to his opposition of narrow nationalism found among all nations but lesser in extent to Israel. The following remark in “The World as I See It” discloses this outlook: “Therefore to support “Working Palestine” is to promote a worthy and humane policy in Palestine, and to oppose an effective resistance to those undercurrents of narrow nationalism from which the whole political world, and to a lesser degree the political world of Palestine affairs, is suffering.”  Clearly Einstein’s opposition is to narrow nationalism while allowing for nationalism in an illuminated form. Apparently Einstein has evolved in his thinking to recognize some need in humans for a tribal or national identity. Further his views on socialism may have been subject to modification as he did so with regard to government in the U.S.

Einstein therefore may have grown to accept some form of national identity for Jews and others. This culmination in Einstein’s thinking before his demise may be seen in his remark “A revival of Jewish national life, such as the last generation could never have dreamed of, has begun. Palestine will be a center of culture for all Jews…a unifying ideal and a means of attaining inward health for the Jews of the whole world.” He refers here to Jewish national life and that speaks volumes in supporting Israel as a Jewish state. 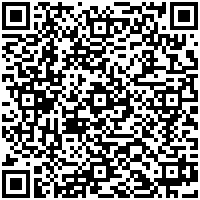