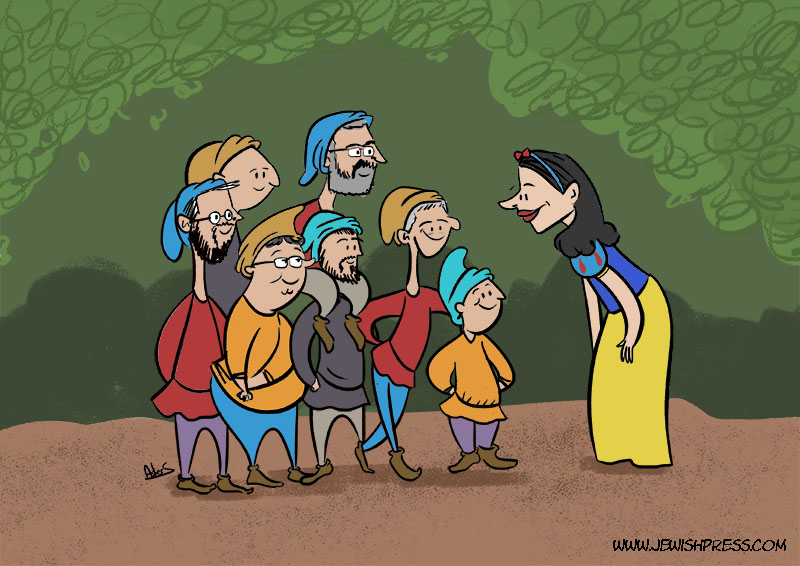 With Israel facing its second election in less than a year after failing to achieve a government in April, significant changes to the composition of its political parties were just waiting to be made.

On Aug. 1, the deadline for political parties to submit their official lists came and went. While the two largest parties from the previous election—Likud, and Blue and White—largely remain the same, several mergers (and some that never wound up taking place) could factor into the Sept. 17 elections.

Ronen Hoffman, former Knesset member and professor of government and politics at the IDC in Herzliya, told JNS that “as things look right now, we have another stalemate with no one in a position to win after the election.”

Mergers on the right

While Israeli Prime Minister Benjamin Netanyahu’s Likud Party, which garnered 35 seats in the last election but is polling at 30 now, has largely remained the same, the party did join with Finance Minister Moshe Kahlon’s Kulanu, which had been at risk of falling below the 3.25 percent threshold to enter the Knesset in the new election.

Nevertheless, the biggest news was to the right of Likud, where a significant merger took place that could boost Netanyahu’s fortunes, even if it might take away some votes for his party.

New Right, which came 1,400 votes short of entering the Knesset after the April 9 election, joined together with the Jewish Home/National Union to form the United Right Party.

“From the beginning, I have said that the person who leads this bloc must be the one who brings the most votes, regardless of their background, and all of the polls have shown that I will bring the list the most votes,” Ayelet Shaked, former justice minister and new head of the United Right, previously told JNS. 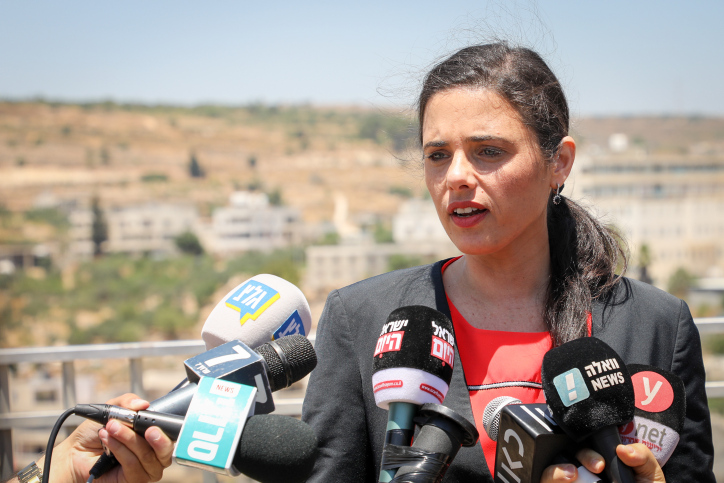 Ayelet Shaked speaks during a press conference in Efrat in the West Bank, July 22, 2019. Photo by Gershon Elinson/Flash90.

At the moment, the party is polling in double digits, which is quite an accomplishment given the fact that Jewish Home/National Union won five seats in the last election and New Right got none. This new merger has promised to support Netanyahu for prime minister.

However, one merger that did not take place was the far-right Otzma Yehudit, which had been part of the Union of Right Wing Parties in the April election, though was left out of the new United Right coalition.

The two ultra-Orthodox parties—United Torah Judaism and Shas, polling at around 15 to 16 seats together—have not made any significant changes to their lists. They have declared that they support Netanyahu for prime minister, though recently indicated that they would be open to considering Gantz if the results of the election give him the edge in forming a government.

Adding up the current polls for parties who prefer Netanyahu for the top job adds up to anywhere between 55 and 58 seats, falling short of the 61 needed to form a government.

And this brings us to Avigdor Lieberman’s Yisrael Beiteinu, which seems to hold the key to what will transpire after the election. It won five seats in April, and despite submitting the exact same list for the September election, it’s polling at around 10 seats. This seems to be their reward for refusing to join the Netanyahu government after the last election over certain religious and state issues, including the Haredi Draft Law.

Lieberman, who has traditionally been in the Israeli right, has announced that his likely double-digit mandates are not cemented in the Netanyahu camp.

Knesset member Oded Forer, Lieberman’s No. 2 person, told JNS that “from our perspective, the only option is an emergency national unity and liberal government made of Likud, Yisrael Beiteinu, and Blue and White. The important question is what type of government we will have, not who will be the prime minister. Therefore, we will support the first leader who joins us with this commitment to a unity government. For us, none of the leaders of these three parties is invalid to be prime minister: Netanyahu, Gantz or Lieberman.” 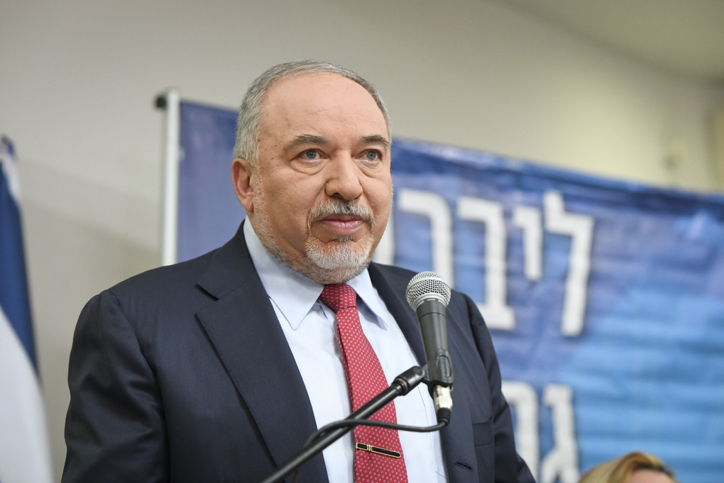 Yisrael Beiteinu Party leader Avigdor Lieberman holds a press conference following the dissolving of the 21st Knesset, in Tel Aviv on May 30, 2019. Photo by Flash90.

The fact that neither Netanyahu nor Gantz has the 61 seats needed to form a government, the fact that Lieberman is set on forcing a unity government led by these three parties, and the fact that Blue and White will not join with Likud if Netanyahu remains at the helm leaves many questioning what will happen next month.

The center-left and missed opportunities

Shifting to the center-left side of the political map, Blue and White submitted the exact same list as it did for the April election. Polls indicate that they have lost some support from its 35-seat achievement, currently polling at around 30 mandates. Blue and White has been adamant that it’s open to joining a unity government with Likud, which easily passed the 61-seat majority with just these parties alone, though not if Netanyahu is leading the party.

The Labor Party has gone through a significant overhaul in preparation for Sept. 17. It has a new chairman, Knesset member Amir Peretz, who led the party from 2005-07. Peretz seemed to pull the party more to the right when he announced a merger with former Yisrael Beiteinu Knesset member Orly Levy-Abekasis and her Gesher Party. Polls indicate that Labor, which fell to six mandates in the spring elections, is lingering at the four to six mandate range. Some political pundits believe that Labor is at risk of falling below the threshold in the next round. 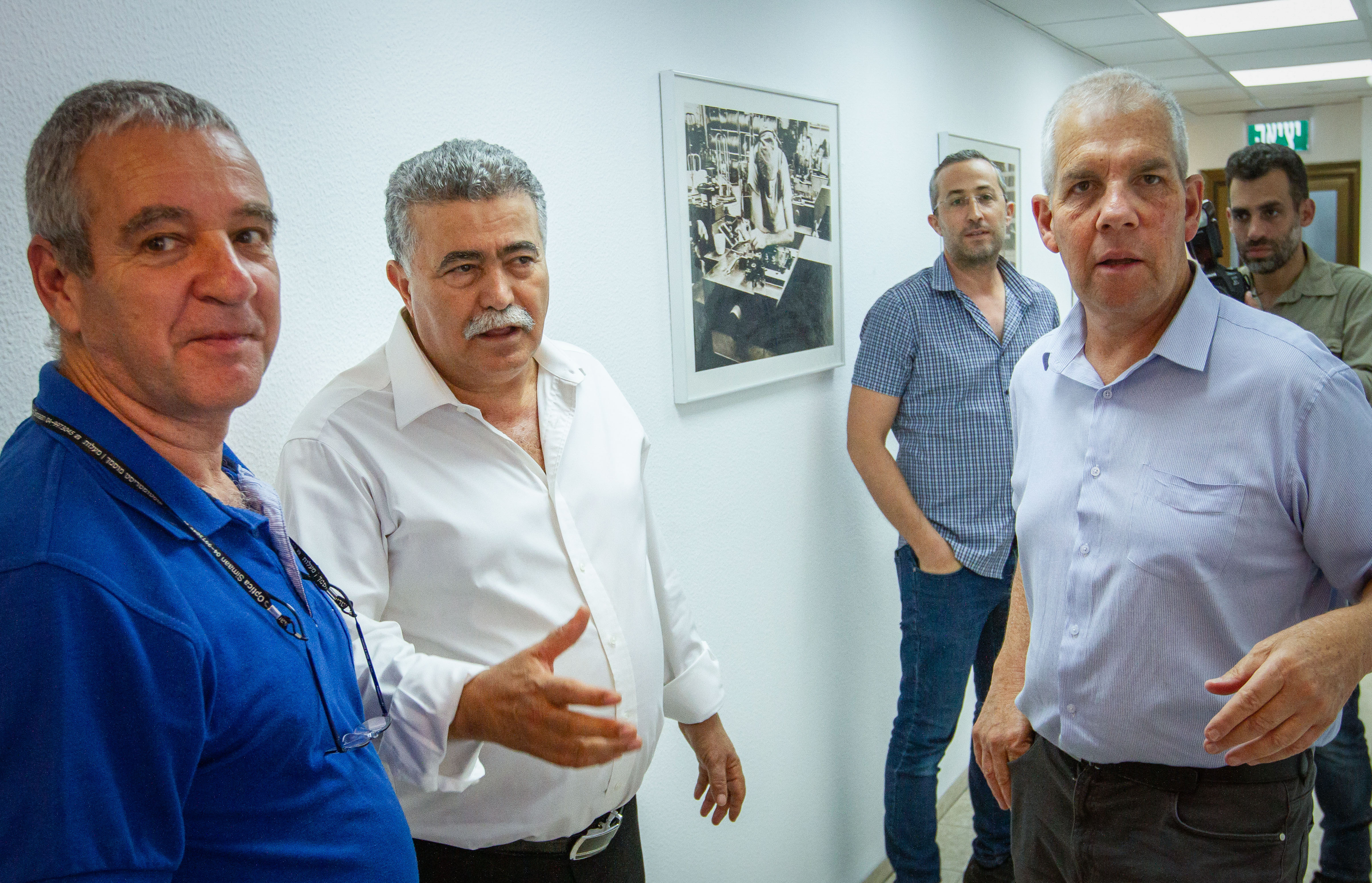 Labor Party chairman Amir Peretz (second from left) during a visit at Mivrag factory, in Kibbutz Ein HaShofet in northern Israel on July 22, 2019. Photo by Flash90.

A primary reason for the danger Labor finds itself is the establishment of the Democratic Camp, a major merger on the left. This union brought together the Meretz Party, former Prime Minister Ehud Barak’s Israel Democratic Party and Knesset member Stav Shaffir from the Labor Party. This move rescued both Meretz and Barak’s party from possibly falling below the 3.25 percent threshold, and according to current polls, gives them anywhere from seven to 10 mandates.

Shaffir previously told JNS that she was “not prepared to hand the country over to Netanyahu on a silver platter.”

These three parties say they will not support Netanyahu for premier and are most likely to support Gantz. This only provides 40 to 46 mandates supporting Gantz for prime minister, far below the 61-seat majority required to form a government.

Nevertheless, Peretz has not closed the door on joining a Netanyahu-led government. He has indicated that he cannot support Netanyahu if the prime minister were to be indicted on pending corruption charges, but could join a Netanyahu government until that happens. Thus, Labor crossing the threshold could provide Likud with the handful of seats they need to have a majority and form a government.

The Arab parties changed their approach from the April election, in which they ran as two parties and fell to 10 mandates. They submitted one big “Joint Arab List” in preparation for September, and in that format, are faring a bit better, with polls giving them at least 11 seats.

Hoffman points out that if the Arab parties see an opportunity to bring Netanyahu down, they could choose to change their standard policy and lend their support to someone else for prime minister. “In general, boycotts of parties to specific candidates are mistakes, and if the Arabs and others rethink this approach, there are a variety of constellations that could lead to the formation of a government. It’s unlikely, but possible.”

In the meantime, the parties and their now official lists will try to use the remaining 46 days to try to increase their support.

Hoffman emphasizes that “at this point, the chance of any voters shifting from the right bloc to the left or vice versa is very small.”

As such, he believes that the key will be voter turnout, especially since Israelis may be fatigued and less likely to be engaged for the second time in the same year.

“The parties really have to work on bringing more potential supporters to come and vote on election day,” said Hoffman. “That, and that alone, is what could lead to dramatic changes in the results and produce a candidate who can successfully form a government.” 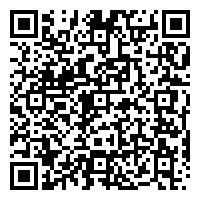