The decision of President Trump to relocate the US embassy to Jerusalem and to recognize the city as Israel’s capital became a reality today. With it comes a major shift in the history of the Middle East.


US Secretary of Treasury Steven Mnuchin and Ivanka Trump unveiled the seal and plaque this afternoon at the ceremony dedicating the new US embassy’s site in Jerusalem. This, more than 21 years after the United States Congress passed the Jerusalem Embassy Act, which called to move the US mission from Tel Aviv.

Few believed the event would ever occur. Every presidential candidate over the past two decades would make the promise of moving the embassy. Once in office though, every elected president would avoid fulfilling it.

Many even doubted that Trump, having made the historical and momentous decision, would go ahead with the actual move. Experts and commentators gave a whole array of excuses as to why it won’t happen and a list of reasons why it shouldn’t.

Many experts who questioned the decision, backed the wisdom of their position with the warning that the Arabs will turn to violence, engage in acts of rage. You don’t have to be a prophet with biblical credentials to foresee that, let alone an expert in Middle East affairs. Arabs will respond with violence to just about anything. They have been conditioned for 70 years by the west to do so. Taught that violent behavior is acceptable. They have learned and internalized, like any thug does, that they can get away with it. So why wouldn’t they?

The significance of this move can hardly be overstated. It is a significant shift in the discourse of the Middle East. For the past 70 years, the Arabs were accustomed to the fact that there is no price to pay for their violating international law and employing military aggression against Israel. Certainly no consequences for them in the international arena.

The Arabs and their supporters are quick to accuse Israel of violating international law as presented in UN resolutions. Yet, they rejected the UN partition plan, which was their prerogative of course. What they had no right to do was to resort to violence and go to war against the newly established State of Israel. Eleven Arab nations against the tiny nation of Israel. They lost.

They attempted to annihilate Israel again in 1967. They lost.

Then again, they surprised Israel with an assault on its most solemn day of Yom Kippur in 1973. They lost.

They took advantage of the agreements and territorial concessions Israel made under the Oslo peace accords in 2000 to launch a murderous assault on Israeli civilians in buses, cafes, restaurants, universities, clubs, homes – anywhere civilians gathered. They lost again.

Israeli presence in Judea Samaria, Jerusalem and the Golan came about as a result of wars of self defense. The Arabs were the aggressors. Yet because of the western subtle racist attitude which infantilises the Arabs – absolving them of responsibility for their actions and views them as incapable of conducting themselves like “normal” western counties – Israel is expected to bear responsibility and usually pay a price not expected of any other country in similar circumstances. Israel went from international darling, especially among liberal and intellectual circles, to pariah and condemned for “illegal” occupation.

When the Arabs openly announced their intent of annihilating Israel, the world sat idly by. Had they won and defeated Israel, the most the Arabs would have likely suffered was to not be invited to annual memorial services for Israel. Services liberal American Jews would undoubtedly have made sure to have organized, to secure their status as an oppressed victim.

The Arabs though, leveraged defeat in the battle field, cloaking themselves in the role of the oppressed, with Israel earning international condemnation and its right to self defense under assault. Demands were placed on Israel who was pressured to surrender areas taken as a result of the war.

“To the victors go the spoils” the saying goes. Not when it happens to be Israel. In 1956 Israel was pressured to concede the Sinai. The same thing occurred in 1973, albeit in return for cease fire agreements. This was the same as in 1949. Arab aggression was never addressed and Israel concessions became standard with no guarantee to end the war.

Even when engaging in supposed peace arrangements, the Arabs are not held to their commitments and their violations ignored. Thus they learn that there is no price to pay for losing. Again – It only improves their bargaining point viv-a-vis Israel. The Arabs learned they are are in a no lose situation.

With Trump’s decision to recognize Jerusalem as the capital of Israel, everything changes. Now it is a real zero-sum game. Where when one side wins, the other side loses. And losers are weepers, not awarded with considerably improved international standing.

The Arabs have never shifted their position of “All, or nothing at all”. While Israel showed consistent willingness to compromise and made tangible concessions to advance an agreement, the Arabs remained steadfast in their positions and opposition.

President Trump’s decision to recognize Jerusalem as the capital of Israel had more than symbolic value. It is the first act of a major shift in international politics. Guatemala will move next on Thursday with Paraguay and Honduras later this month. Panama, the Czech Republic, Romania, Poland, Togo, Rwanda, Uganda, Canada are all considering the move as well.

The event has set off a chain reaction, with countries in Europe, Latin America, Africa, and Asia set to follow suit in the coming months. If it is any indication, 32 countries attended the reception for the event held by Israel’s Foreign Ministry in Jerusalem last night.

The decision to return embassies to Jerusalem is no less than the beginning of a new era – The recognition of Israel’s victory and accepting Israel as the embodiment of Jewish history and the right of the Jewish People to its ancestral home in the Land of Israel. 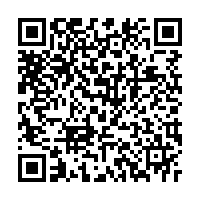