In a video message, he made the crazy charge that the goal of the Palestinians was “ethnic cleansing.” This atrocious sounding term usually refers to the actions of one ethnic group to not only kill members of another ethnic group, but to take over their land and destroy their homes, social centers, places of worship, and other evidence that they had ever lived there. Even cemeteries are not spared when it comes to ethnic cleansing.


How on Earth could the leader of Israel make such a pernicious accusation?

Just go back to 1948, not all that long ago. There are even Israelis who can testify to what happened.

That was the year that the Old City of Jerusalem was “ethnically cleansed” of its Jewish community, a community that had been living there for thousands of years. The city fell to the Jordanian Legion with help from local Arabs (who would later be called Palestinians).

Families who could trace their ancestry back through multiple generations of residency in Jerusalem found themselves targeted for destruction. Some were murdered, others were forced to leave their homes with nothing but the shirts on their backs.

Then their homes were destroyed. The synagogues, 58 of them, were ransacked. Every Jewish building was knocked down, burned, or otherwise destroyed. Even the ancient cemetery on the Mount of Olives was not spared. The place where Jews had been burying their dead for thousand of years was dug up and the grave stones used to pave roads.

“Ethnic Cleansing?” Could you find a better term for what happened to the Jews of Jerusalem in 1948.

Lest you think that these actions were one isolated example, look what happened in other areas that fell to the Arabs in 1948. Both the Jewish people and evidence of where they had lived was systematically destroyed.

There were three Jewish communities in the historic area of Judea known as Gush Etzion. These areas were besieged. The last stand of the Jews was the town of Kfar Etzion. They fought to the last bullet but where then forced to surrender.

Then they were collected and massacred. Not content to stop at murder, the homes, schools, and even agricultural fields were burned down. Again, the goal was to remove evidence that Jews had ever lived in the area.

“Ethnic Cleansing? To see that the Prime Minister was not so off-the-mark with his charge, a simple review of Israel’s history shows clearly that it has already happened once. If you listen to the anti-Jewish rhetoric of the Palestinian leaders, it appears that this is their goal once again.

the U.N Secretary General were so quick to condemn Netanyahu while usually remaining silent about the extreme charges stemming from the Palestinian Authority.

Even if they don’t, the media who report their remarks have a responsibility to tell their readers why the accusation of “ethnic cleansing” is not so off base.

It would be refreshing to see the media report “Prime Minister Netanyahu has accused the Palestinians of seeking to ethnically cleanse the area of Jews, something that happened in 1948…” Rather than merely reinforcing the anti-Israel sentiment carried by much of the world, it would help explain why Israelis are so worried about the “peace process.” 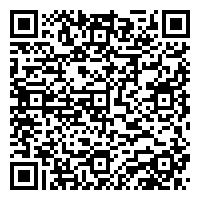