The NGO Monitor organization has shown that EU funding for so-called “non-governmental organizations” operating in Israel and against Israel and flying the false flags of “human rights” and “peace” is anything but transparent. Yet transparency is supposed to be one of those principles of the European Union that were supposed to make it something new and different and admirable, something more democratic on the soil of the Old Continent.


Evelyn Gordon too has found that the European Union likes to cover its tracks and pretend that the results of “reports” by the bodies that it funds and sometimes invites to Brussels or Strasbourg to lecture on Israel’s alleged evils towards those Arabs now fashionably called “Palestinians” are purely objective and motivated by the highest morality and justice, rather than by the desire to please one’s European financiers.

Here is her too brief examination of the EU and its relationship with its Middle Eastern echo chamber:
In the three days since Israel passed a law mandating new reporting requirements for NGOs that are primarily funded by foreign governments, there’s one question I have yet to hear any of its critics answer. If, as they stridently claim, there’s absolutely nothing wrong with NGOs getting most of their funding from a foreign government, then why would simply being required to state this fact in all their publications exercise a “chilling effect” (the U.S. State Department) or “stigmatize” them (the New Israel Fund) or result in “constraining their activities” (theEuropean Union)?

The obvious answer is that the critics know perfectly well it isn’t alright: An organization that gets most of its funding from a foreign government isn’t a “nongovernmental” organization at all, but an instrument of that government’s foreign policy. In fact, with regard to the EU, that’s explicit in itsfunding guidelines: For an Israeli organization that conducts activities in the territories to be eligible for EU funding, it must comply with EU foreign policy on the Israeli-Palestinian conflict. This, incidentally, also explains why 25 of the 27 organizations affected by the law are left-wing: The far-left is the only part of Israel’s political spectrum that shares Europe’s opinions on the conflict, and hence, that Europe is willing to fund.

Yet if an organization is an instrument of a foreign country’s foreign policy, it’s very hard to argue that it’s an objective “human rights organization,” as the organizations in question bill themselves. Rather, it’s an overtly political organization that seeks to pressure Israel into adopting the foreign government’s preferred policies. And making this known definitely could be “stigmatizing,” in the sense that Israelis might be less willing to trust an organization’s assertions once they realize it has a not-so-hidden policy agenda that could be influencing its reports.
That, however, is precisely why Israelis have a need and a right to know where these organizations’ funding is coming from–especially given this funding’s sheer scale. And it’s also why there’s nothing remotely undemocratic about the law, as explained in depth by legal scholar Eugene Kontorovich here.

Nevertheless, if this is really what the law’s critics fear, then they’re behind the times. In the years since the idea of legislating this law first arose, most of the organizations in question have made themselves so toxic that it’s hard to see how information about their foreign funding could make Israelis view them any more negatively. Thus the more likely impact of publicizing their funding sources won’t be to delegitimize the organizations, but to delegitimize their donors–which is precisely why Europe, which provides most of this funding, is so worried.

Currently, a nontrivial portion of Europe’s influence in Israel comes from the fact that Israelis still admire it and, therefore, want it to like their country, not merely to trade with it. The fact that Europe is Israel’s biggest trading partner obviously also matters greatly, but the emotional angle, which stems mainly from Europe’s role as part of the democratic West, shouldn’t be underrated.

Now consider how that admiration might be affected by the discovery of how much money Europe gives, say, Breaking the Silence. This organization, which compiles “testimony” by Israeli soldiers about alleged abuses, is unpopular in Israel for many reasons–because Israelis don’t think its reports accurately reflect their army’s actions (see here for oneegregious example); because its “testimony” is strictly anonymous, making it impossible to investigate its allegations; and because it spends most of its time and effort marketing its reports abroad, convincing many Israelis that it’s more interested in tarnishing Israel’s image than in getting the army to improve its behavior. But last month, two incidents brought its reputation to a new low.

The first was Mahmoud Abbas’ infamous address to the European Parliament, in which he repeated a medieval blood libel by claiming rabbis were ordering their followers to poison Palestinian wells. This accusation originated in a report by a Turkish news agency that cited Breaking the Silence as its source, which sounded highly unlikely. Except then the Israeli website NRG published a video showing one of the organization’s founders claiming that settlers had engineered the evacuation of a Palestinian village by poisoning its well. And a respected left-wing journalist, Ben-Dror Yemini, published a column with further documentation of both the organization’s claim and its falsity. So it turned out BtS actually was spreading a medieval blood libel.

Then, the following week, a group of reservists went public with their experiences of how BtS collects its testimony – which turns out to entail both harassment and deception. After their discharge from the army, the organization called them repeatedly to urge them to talk about their experiences in the 2014 Gaza war; one man said he was called eight or nine times. But when they finally acquiesced, they discovered that the organization had cherry-picked from their accounts to present the army in the worst possible light.

To grasp just how toxic BtS has become, consider the fact that the president of Ben-Gurion University–who has scrupulously defended its right to speak at university seminars–nevertheless overturned a departmental decision to grant it a monetary prize last month. What Professor Rivka Carmi essentially said is that while she will defend its right to speak, she isn’t willing to have her university finance the organization. And when you’ve lost the universities, which are among the most left-wing organizations in Israel, you’ve really lost the whole country. 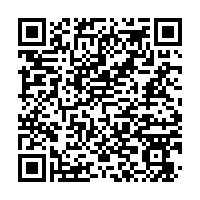