Israel recently passed legislation giving the Minister of the Interior the authority to revoke the residency of East Jerusalem residents involved in terrorism or espionage. This was immediately met with criticism of the European Union, as often happens when it comes to Israel.

The purpose of the law is to target Hamas members living in East Jerusalem, who are eligible for Israeli welfare benefits. East Jerusalem residents are generally allowed to travel freely and are entitled to the social and insurance benefits of Israeli citizens. They can also vote in municipal — but not national — elections.

“It would have been better if this vote had never happened, but this vote emerged because of a Supreme Court ruling that overturned the decisions of five interior ministers from various parties,” MK Amir Ohana (Likud) explained. MK Ohana was referring to a September 2017 ruling by the Supreme Court. The ruling said that the Interior Ministry did not have the right to revoke the permanent residency status of four East Jerusalem residents with ties to the terrorist group Hamas.

In its statement, the EU assured that it “rejects terrorism in all its forms”.

If it really means what is says with this statement, the EU does so only when the terrorism is directed at anyone other than the Jews. It is difficult to take seriously the EU’s claim of “rejecting terrorism”, given its overwhelming political and financial support of one of the world’s arch terrorists, Mahmoud Abbas.

The EU statement concludes that, “…the European Union does not recognize Israel’s sovereignty over the territories occupied by Israel since June 1967, including East Jerusalem, and does not consider them to be part of Israel’s territory, irrespective of their legal status under domestic Israeli law. The European Union will closely monitor if and how this new law is applied to Palestinians in East Jerusalem”.

The EU does not recognize that all of Jerusalem belongs to Israel. The question that is hardly ever asked is why Israel should care, one way or the other, whether the EU recognizes Israel’s historical, ancient capital of Jerusalem? Or anything else to do with Israel for that matter.

For all of official Europe’s post-colonial guilt, this kind of language – declarations of what the EU does and does not find acceptable in the policies and actions of the sovereign state of Israel – is the language of an unrepentant colonialist.

The EU uses this kind of language – condescending in its presumption that it is entitled to determine the territory and exact location of the capital of another nation – about Israel all the time; it is automatic, on default.

Israel was a thriving nation in its ancestral homeland, long before European civilization decided to set out and colonize large parts of the world. It is therefore hugely ironic that the EU – a post-national, largely unelected bureaucracy historically rooted in Western Europe, which claims to speak for all of Europe today – should be lecturing one of the most ancient surviving civilizations on earth, the Jews, on the status of its ancient capital – or on anything else for that matter.

It would appear that you can take Europe out of the former colonies, but you cannot take the colonialism out of the Europeans – at least not when it comes to the Jews.

While the Europe of the post-national European Union no longer invades other peoples’ countries in order to colonize them, it still finds it legitimate to aggressively meddle in how other nations, such as Israel, should go about their business.

The EU has strong opinions on how Israel should or should not defend itself against terrorism, as its statement about Jerusalem made clear; so while the EU is very keen on receiving Israeli assistance to combat terrorism in Europe, it is considerably less so when it comes to Israel defending itself.

Even though colonialism ended a long time ago, the never-ending attempts to pressure Israel into the two-state solution, a tactic that the EU has plainly refused to abandon, is plainly a colonialist enterprise aimed at beating Israel into what the EU considers to be its proper (submissive) place. 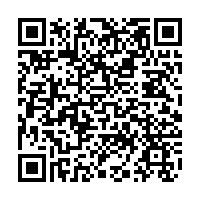