Europe, especially Western Europe, appears to have decided that destroying Israel is in its national interest. Since history has shown that Israel cannot be defeated militarily, Europe has decided to aid and abet the Arab effort in removing Israel from the map by all other means at its disposal.

A new report from NGO Monitor shows that “European-backed NGOs are flooding Israel’s courts with cases in an attempt to circumvent the democratic process to change Israeli policies while bypassing diplomatic channels in an unprecedented manner”.

A Norwegian NGO, the Norwegian Refugee Council (NRC), funded by the EU, the UK and the UN, is conducting legal advocacy in close cooperation with the Palestinian Authority (PA) in violation of the principle of neutrality in humanitarian aid. The legal advocacy consists of literally flooding the Israeli court system with cases related to the Arab-Israeli conflict.

According to NGO Monitor, the NRC, through its Arab and Israeli partner NGOs, submits between 600-800 new cases to Israeli courts annually.  In 2018, ICLA aims to pursue “5,399 opened and continuing cases for legal assistance in the West Bank (West Bank 1162 new and 4237 continuing)” as well as 10 cases to be submitted to the UN and/or other international mechanisms. From 2009-2014, NRC “provided legal representation in court for 4,069 cases.”

According to a lawyer affiliated with the NRC and cited by NGO Monitor, the number of cases submitted to Israeli courts are part of a strategy to use “every possible legal measure to disrupt the Israeli judicial system…as many cases as possible are registered and that as many cases as possible are appealed to increase the workload of the courts and the Supreme Court to such an extent that there will be a blockage.”

Another word for that would be foreign political sabotage.

Among the issues that the NRC challenges in court are “laws, policies or practices that beneficiaries and other stakeholders consider either discriminatory and/or possible to legally challenge through public interest cases.”

Between 2014 and 2016, the NRC had 4015 opened and ongoing cases of legal assistance, 419 advocacy briefings given on specific housing, land, property and residency issues, 152 laws, policies or practices challenged through public interest cases, and 87 issues of cooperation with UNDP, the PA and legal aid partners on “development of a sustainable legal aid system for housing, land and property law”.

The NRC also financially supports local anti-Israeli NGOs in their legal endeavors on behalf of Arab terrorists. For example, the NRC provided Israeli NGO Hamoked with approximately NIS 5.4 million (approximately $1.4 million) from 2015-2017. Hamoked, during this time, petitioned the Israeli High Court on behalf of family members of terrorists and against the confiscation and demolition orders issued to the homes of Arabs accused of terrorism. It represented families of terrorists responsible for the kidnapping and murder of three Israeli teens, the Har Nof massacre, the Henkin family murder, and the murders of Dani Gonen and Malachi Rozenfeld.

The British government, which is largely responsible for funding NCR’s attempts at sabotaging the Israeli judicial and political processes, has been very reluctant to admit its role, refusing to comply with NGO Monitor’s Freedom of Information requests. The UK’s Department for International Development (DFID) has provided £6.5 million for the NCR’s bombardment of Israeli courts with cases from 2013-2016. According to NGO Monitor, the DFID has stated that its purpose with the funding is to change Israeli policies. In 2013-2016, approximately £1.4 million was spent “directly on legal cases that challenged demolitions or evictions. 2,541 eviction or demolition orders were suspended as a result.”

Unfortunately, according to NGO Monitor, the Israeli public and authorities appear to be entirely unaware of the scope of these efforts.

These subversive activities exist in addition to other highly political and destabilizing activities that the EU and Western European states already support in Israel, through a network of anti-Israeli NGOs. Another recent report by NGO monitor showed that between 2012 and 2016, 39 Israeli non-governmental organizations received NIS 515.8 million ($142.6 million) from foreign donors. Just over 60 percent of these resources came from foreign governments through direct or indirect funding. Twenty-five foreign governments and intergovernmental organizations were involved in funding the 39 NGOs, with Germany as top donor, followed by the EU, Norway, the Netherlands and an intergovernmental organization called the International Humanitarian Law Secretariat, jointly funded by Denmark, Sweden, Switzerland and the Netherlands.

Many of the foreign funded NGOs are major players in the boycott, divestment and sanction (BDS) efforts against Israel and in the attempt to have Israeli soldiers dragged in front of international courts for defending Israel. The NGOs include, among others, organizations such as B’Tselem, whose director has repeatedly appealed for international action against Israel, comparing Israeli policies to “crimes against God and man”.

The NGO’s also include Breaking the Silence, which collects anonymous and unsubstantiated allegations against the Israel Defense Forces from low-level soldiers in order to promote “war crime” charges against Israel. Another such organization is Coalition of Women for Peace, a major player in international BDS campaigns against Israel, especially through its “Who Profits” project, a database that identifies targets for anti-Israel divestment and boycotts.

Western European governments and the EU will never openly admit that they are supporting the disruption and ultimately destruction of Israeli society through insidious NGO networks. On the contrary, European heads of state like to portray themselves as peace-loving, boycott- opposing civilized states, who keep to the international norms of state behavior.  However, undermining another sovereign state through the deceptive use of NGOs in order to circumvent the accepted modes of international cooperation is foreign sabotage, pure and simple. 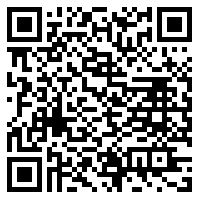