We are now in our 20th year of failed talks between Israel and the Arab Palestinians. That must be a record in failed diplomacy in the history of the world.

In a recent interview with the AP reported by Israel National News, Abbas’ former aide admits the talks, instigated by Secretary Kerry and President Obama, are going nowhere and are in fact causing a further divide between the two parties. He also states that his former boss, Chairman of the PLO, will never recognize Israel as the Jewish State. And yet none of this stops Obama and Kerry from pressing on with their feckless fanatical insistence on failure. Conveniently blaming Israel all the way.


Not only that, even with recent weaponry being shipped by Iran headed toward Gaza to be used by Hamas to kill unarmed, innocent Israeli’s, John Kerry and Obama still insist on dividing the tiny state of Israel, and continue their “diplomatic” reset with Iran.

Within this framework of fanatical failure with a dash of fantasy mixed in for good measure we have Mr. Abbas whose mandate ran out years ago. He has not held an election since the term expired. This person in an expired office of no set country, is calling on a halt to Jewish building in Judea and Samaria because he claims, in egregious error, that it goes against international law. Under what law, international or otherwise does someone with no mandate to govern get to call the shots on what a sovereign nation does on their own land? Are any legal documents he were to sign even legally binding?

Don’t Israelis and Arab Palestinians deserve more than this? Is it not time to stop the insanity?

Israel needs to be protected as the only Jewish homeland in the world. They have historical, cultural and legal rights to be there in the entire land. Western powers need to be doing all they can to strengthen and support the only democracy in the Middle East. By not doing so, they are undermining the very fabric of western civilization.

The View Outside the Box

The leaders in charge of this process now need to think outside the box in looking for solutions. The parties involved deserve to be treated to something more than a fanatical thrust toward continued failure.

The top Middle East analysts have all come up with solutions and perhaps we could explore some of them. Using many solutions to a very complicated issue seems to make more sense than the proven failed two state solution.

The following examples are simplifications of the ideas put forth by the analysts.

Caroline Glick proposes applying Israeli sovereignty over Judea and Samaria and giving the Arabs living there residency status in Israel. Those who choose this option could eventually be vetted and considered for citizenship.

Dr. Martin Sherman proposes giving funds to those who wish to settle elsewhere within the Middle East or other countries. He also proposes applying Israeli sovereignty over Judea and Samaria.

Dr. Mordechai Kedar has suggested creating Emirate States out of the enclaves that now are populated by Arabs.

Still others have suggested partnering with Jordan and giving Jordanian citizenship to those who want it but allowing them to stay living where they are or finding housing within Jordan for those wanting to live there. Many had their Jordanian citizenship revoked and became stateless when Jordan no longer occupied Judea and Samaria, also known as the West Bank.

Jordan’s involvement in the solution should be a viable option since Jordan was to be the Arab Palestinian state, given to the Arabs by Churchill, with its land mass making up 78% of what was to be the Jewish Homeland. A very high percentage of its citizens are considered to be Palestinian. 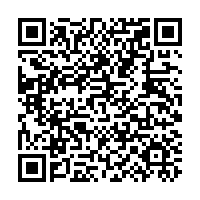