This past summer, walking on our local beach, I ran into an old friend and we got to talking. “What are you up to?” I said, making the usual small talk, and he replied that he was working on a couple of projects. One of them, he said, involved helping an elderly Holocaust survivor, now living in Brooklyn, publish her memoirs.

“It’s a really powerful story,” he said. “The woman and a few family members hid for two years, buried alive in a man-made cave under the very noses of the Nazis. But we could use a little help in preparing the manuscript for publication,” he added significantly.

I’d hit a dry spell on one of my own projects and, figuring I needed a change of pace, told my friend that maybe I’d take at it. The words were barely out of my mouth before he jumped. Great, he said. And so the manuscript was handed to me a few days later. It was about 120 typewritten pages and I promptly put it aside and got back to my own writing, forgetting about the promise I’d made.

A few weeks later my friend called and asked about my progress on the manuscript. I told him I’d read a few pages of it and put him off. But he was persistent, and when I told my wife in passing that the lady who had written the material was in her mid-nineties, my wife said I ought to be ashamed. “How can you let it sit,” she demanded, “when the lady is so old? You promised to help out, so what are you waiting for?”

Suitably chastened, I picked the manuscript up again and began the tedious job of typing it into the computer, editing as I went. The story was simply written, but after a time it began to tell on me as I read how the Manaster family of Orelec, Poland, lost everything to the Soviets in 1939, during the first days of World War II, and then faced the Nazi terror when, in 1941, Hitler double-crossed Stalin and attacked the Soviets to his east. Jafa Wallach, the ninety-five year old author, describes in gruesome detail how her family was first shattered and then rounded up and interned by the Nazis in various Polish ghettos and concentration camps.

On one particularly harrowing morning, Nazi guards at the camp in which she and many of her family members were being held went on a shooting spree, killing hundreds of young Jewish girls in a sewing factory. Wallach herself only narrowly survived. She told her husband, Natan, that they had to somehow get out.

Wallach and her husband had a four-year-old daughter. Before being taken to the camp they had arranged with a non-Jewish Pole, a friend of the family, to spirit the child away. Jozef Zwonarz, a local mechanic working now for the Nazi occupiers, used to come to the gates of the Lesko camp where the Wallachs were interned to give them messages about little Rena, assuring them she was safe. Now the Wallachs told Jozio, as they called him, that they had to find a way out, too. Zwonarz assured them he’d do what he could and shortly thereafter he came back with a plan.

Because camp inmates at that time could still commute to and from work assignments outside the camp, Jafa and Natan Wallach got work passes and secretly met Jozio in town that night. He took them to his workshop, situated between Gestapo headquarters and the Ukrainian police station, and with the aid of Jafa’s two brothers, who also made it out with them, feverishly dug a hole large enough to accommodate all four of them under his cellar floor. But it wasn’t much of a hole. They couldn’t stand up and they couldn’t stretch out. Jozio gave them one plank of wood for a table and one small cot for the four of them and ran a connection to the power lines in the nearby street to give them enough electricity for a single light bulb and a hotplate. 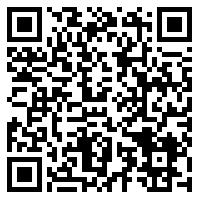