France is the sick man of Europe — at least, that is how the French themselves apparently see it. Last month, a survey published in the leading newspaper, Le Monde, found that a large majority of the French believe that France’s economic power and cultural influence have declined over the past decade. One in every two Frenchmen seems to have lost hope, evidently convinced that the decline of France — economic as well as cultural — is “inevitable.”

The French also seem to have lost faith in democracy. Le Monde described the survey’s findings as “alarming.” Three-quarters believe that French democracy is not working well. 62% believe that their politicians are corrupt. The survey indicated that authoritarianism is widely supported, by the Left as well as the Right. More than 70% of the French want a strong leader – a “real chef” – to restore order. So do, obviously, not only 97% of the right-wing Front National party voters, but also an astonishing 98% of the voters of the center-right Union for a Popular Movement, the party of former president Nicolas Sarkozy, and 70% of the voters of the governing Socialist Party of President François Hollande.


A quarter of the French want to withdraw from the European Union; two-thirds want to limit the E.U.’s power and take a stronger stand in favor of France’s own interests. A majority of the French favor economic protectionism; 70% are convinced there are too many foreigners in the country, and 62% no longer feel as at home in their own country as they used to. Front National party leader Marine Le Pen said the survey shows that “The French agree with us.”

Dominique Reynié, a professor of political science at the renowned Paris Institute of Political Studies [Sciences Po], describes the general sentiment, visible in the survey, as “ethno-Socialism.” This is a Socialism that strives for Keynesian full employment and an elaborate social security system, underpinned by nationalist policies.

According to the historian Michel Winock, another professor at Sciences Po, “the French are afraid.” They are afraid of unemployment, economic decline, globalization, the E.U., immigrants, Islam. They are suffering from a “profound despair,” which makes them long for strong leadership. In 2007, they voted for Sarkozy in the hope that he would be this strong leader. Last year, they voted for Hollande who promised a national resurgence. In both cases, they were sorely disappointed.

The national malaise also visible in the survey can be seen elsewhere in French society as well. The French are depressed: they are the world’s largest consumers of anti-depressants — twice as much as their English neighbors and three times as much as their German neighbors.

The feelings of national depression were not eased when two weeks ago Michel Sapin, the French Minister of Labor, said in a radio interview that the French state was “totally bankrupt.” Though technically not officially bankrupt yet, France has five major financial headaches.

First, there is the rising government debt. Between 1974, when Valéry Giscard d’Estaing became President of France, and today, France’s national debt rose from 21% to 90% of GDP. This year, interest payments on government debt amount to €45 billion, the largest item in government expenditure, and higher than the total education budget.

Second, there is the pension problem. France has a pay-as-you-go pension system. In order to keep future pensions payable, the French government either has to raise the working population’s pension contributions by 1.1%, cut actual pensions by 5%, or raise the retirement age, currently at 60, by 9 months. Last June, President Hollande cut the retirement age from 62 to 60, reversing the raise introduced by his predecessor Sarkozy in 2010. Minister Sapin, a pragmatic Socialist, opposed this move, but Hollande felt compelled to fulfill his electoral promises.

Third, there is the labor market. 18% of France’s active population is unemployed. Over half a million people have been out of work for more than three years. Three years ago, fewer than 300.000 people were in this situation. Wage costs are too high, productivity is dropping, and talented people are leaving France to work abroad. 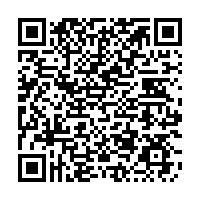