French President François Hollande was all smiles during his three-day state visit in the United States. Now he is back home, and he does not smile anymore. He cannot escape the reality that France is in extremely bad shape.


On January 26, thousands of people marched through Paris, chanting “Jews, France does not belong to you.” Some demonstrators were members of the extreme right. Most of them belonged to the so-called “black white Arab France”: young Muslims coming from suburban slums, leftist students and urban professionals imbued with politically correct ideas. Anti-Semitism in France has become so commonplace that it is now a part of the cultural landscape. The event was called “Day of Wrath,” a truism, considering that wrath now runs rampant through French society.

On February 2, another protest took place. It brought together a different group of people: Catholic conservatives wanting to defend the traditional family and reaffirm their opposition to gay marriage.

A few weeks earlier, a rebellion against taxes on trucks using French roads mobilized crowds in Brittany’s main cities : the rebels wore red caps, the symbol of revolts in the region since an anti-tax uprising in 1675. Some of them were workers furious at factory closures, others were Breton separatists. Several toll booths and cameras designed to monitor the trucks were destroyed. Manure was dumped at official buildings.

Although no large-scale riot has occurred since last fall, every weekend, dozens of cars are burned throughout the country, and violent attacks take place daily.

In October, a report prepared by the Ministry of the Interior spoke of a “widespread and multidimensional frustration” that had not yet crystallized, but could “ignite” anytime soon and lead to “sudden eruptions of fury” or even to a “full scale uprising.”

Surveys conducted by the government were recently published in the magazine Valeurs actuelles. They ​show that “frustration” is reaching an unprecedented level, and directed at a multitude of targets such as “European construction,” “globalization,” “capitalism,” “finance,” politics in general, and even democracy, which is rejected by more than 50% of the French. They report a sense of national decline (76% of the French think the country is “terminally ill”), and a growing xenophobic hatred against Muslims, as well as against Jews. They also report a strong desire to see a “strong person” emerge who would restore “order.” Twelve percent of respondents explicitly say they want a military dictatorship.

Various economists describe France as the “new sick man of Europe,” and they have good reasons to say so. In 2013, 62,000 businesses have closed their doors, and their employees have virtually no hope of finding a new job. Growth has been close to zero for almost a decade. The number of poor now exceeds 9,000,000, more than 15% of the population. The official unemployment rate is higher than 10%, and does not include 2,200,000 beneficiaries of the guaranteed minimum income (RSA) that any adult over twenty-five has the right to collect. Public spending accounts for 57% of GDP, an absolute record in the developed world. Compulsory levies are up to 46% of GDP and are the highest in Europe. Foreign investments fell 77% in 2013. The country’s debt is growing at an ever faster pace, and nothing for the moment seems able to stop a movement resembling a free fall.

On January 14, François Hollande spoke of “supply-side reforms”: while requesting that companies create jobs now, he promised to lower the costs that now preventing job creation — but not sooner than 2017.

Economic difficulties are associated with social problems : there are now over 750 “no-go zones” that police dare not enter. Officially, they are called “sensitive urban zones” but the name is not fooling anyone. Crime rates are exploding: a book published last year, France: A Clockwork Orange, explained in detail how the statistical counting rules for recorded crimes were distorted and did not reflect reality. 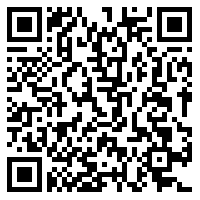