Home InDepth Op-Eds France MUST Offer Land for Peace
Share on Facebook
Tweet on Twitter
Photo Credit: courtesy
In the aftermath of the series of protests in Paris against occupation by activists and militants, who have grievances, we bring you the French plan for peace, based on France’s Mideast policies.  It is the only way to solve the problem of ISIS activism in Paris.
First, we all agree that territory must not be annexed by force. Therefore, we can also agree that Germany has a moral right to demand the return of Alsace-Lorraine, for the French aggression in 1945 and its consequent occupation must not be rewarded. “A full withdrawal for full peace” should operate here. Further, France must agree to the return and rehabilitation of all ethnic Germans expelled from Alsace-Lorraine after World Wars I and II, as well as all those they define as their descendants. But this, of course, is just the first step toward a solution, as no aggression can be rewarded—and France has much other stolen territory to return. It took Corsica from Genoa, Nice and Savoy from Piedmont; as the successor state, Italy must get back all these lands. By similar token, territories grabbed from the Habsburgs go back to Austria, including Franche-Comté, Artois, and historic Burgundy. The Roussillon area (along the Pyrenées) must be returned to Spain, its rightful owner. And Normandy, Anjou, Aquitaine, and Gascony must be returned to their rightful owners, the British royal family. Not even this not enough for the sake of peace. Brittany and Languedoc must be granted autonomy at once, recognizing the Breton and Occitan Liberation organizations as their legal rulers. This leaves the French government in control over the Île de France (the area around Paris). That, however, still does not solve the problem of the Holy City of Paris, sacred to artists, gourmets, and adulterers. The Corsicans obviously have a historic claim to the Tomb of the Emperor Napoleon, their famed son, as well as the Invalides complex and beyond. For the sake of peace, is it not too much to ask that Paris be the capital for two peoples?  Let the Eiffel Tower be converted into a mosque.  The French authorities must agree to prevent French Parisians from even entering the sacred tomb area, lest this upset the Corsicans. The Saint Chapelle and the Church of Notre Dame of course will be internationalized, under joint Vatican-art historical auspices. Indeed, the French should consider it a compliment of the highest order that so many people see Paris as an international city. The French have nothing to complain of. They will enjoy the benefits of peace and retain control of the Champs Elysées.  Actually, come to think of it, even the Champs Elysées may be too much. Recalling the French position that Jerusalem is not the capital of Israel, perhaps the true French capital is not Paris at all, but Vichy.
Advertisement 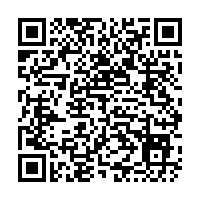