“His father, a sanitation worker who had never finished high school, moved his family to Jewish neighborhoods [in Brooklyn], so that his children might be instilled with the value that Jews place on learning.”
– From Joseph Berger’s New York Times obituary of Dr. Frank Macchiarola

Frank J. Macchiarola, the former New York City schools chancellor, dean of Yeshiva University’s Cardozo Law School and president of St. Francis College, died last week of liver cancer. My Jewish family, with a connection to the nation’s largest public-school system that began when my maternal grandfather, David Schneiderman, entered PS 144 on the Lower East Side in 1899, owes him a huge debt of gratitude.


While my teaching career with the New York Department of Education lasted from 1985 until 2009, after Dr. Macchiarola’s tenure between 1978 and 1983, my late mother’s career stretched from the late 1940s until 1981. And it was of the wise policies implemented by Dr. Macchiarola that made possible my mother’s last few years of classroom teaching.

Florence Schulte spent most of her 25-year career teaching home economics to black and Puerto Rican young women at Junior High Schools 149 and 151 in District 7 in the South Bronx. But with the advent in 1969 of the unbelievably destructive policy of community-control of elementary and junior-high schools, effected under the craven leadership of then-Mayor John Lindsay and suffused with a virulent strain of anti-Semitism, schools in black and Hispanic neighborhoods were transferred from the capable hands of white (mainly Jewish) administrators and educators to their counterparts in the minority community, whose qualifications were often the color of their skin or their ability to speak Spanish.

Although my mother had top seniority in her licensed field in all of District 7, she was assigned in the mid-1970s to teach special education, for which she was not trained, instead of receiving the home-economics classes she was contractually entitled to. The United Federation of Teachers, whose creation she played a part in by going on strike in 1960 (when she was raising three young children), didn’t aggressively challenge the illegal assignment, explaining that she should be grateful she still had a job.

(During the city’s fiscal crisis in the mid-1970s, 15,000 young teachers were dismissed. My mother, to no avail, had recommended that she and the other senior teachers take a $1,000 a year pay cut to help save some of their younger colleagues’ jobs.)

According to the UFT contract, the home-economics teachers at JHS 151, mostly black or Puerto Rican, should have been given this special-education assignment before she was required to accept it. But my mother made the best of a horrendous situation, asking for a sabbatical to study special education at Hunter College, which was near my parents’ apartment on the Upper East Side.

But when Frank Macchiarola was chosen by newly-elected Mayor Ed Koch in 1978, the new schools chancellor made it clear to the Board of Education bureaucrats that the educators who devoted their professional careers to the children of New York would be treated with the utmost respect during their final years before retirement. If they wanted sabbaticals or seniority transfers to school districts closer to their homes, or to less emotionally draining schools, the employees at 65 Court Street had better make sure this happened.

In 1979, my parents and my 86-year-old maternal grandmother, Rose Schneiderman, moved from Manhattan to Forest Hills, and as my mother didn’t drive, the subway commute to her school, located near Yankee Stadium, was a genuine schlep of at least 75 minutes in each direction. She requested and was quickly granted a transfer to a junior high school in Astoria, Queens, where she taught until September 1981, when she reached the 25-year milestone and a full pension.

She enjoyed a marvelous retirement, split between New York and Fort Lauderdale, until her death in 2009 at the age of 86. She made four trips to Israel with my father, Barney Schulte, one of General Patton’s men, between 1981 and 1989, the year of his death. In the 1990s she made separate trips to Israel with my sister and me. She belonged to many Jewish organizations – Women’s League for Israel, Brandeis, Hadassah, ORT, etc. – in both Florida and New York. 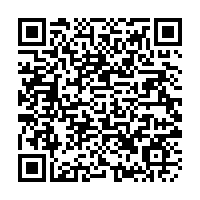