Freedom House recently released its annual report on press freedom throughout the world at an event sponsored by the Newseum in Washington. But along with the usual and appropriate condemnations of dictatorships and totalitarian states, the group decided to slam the one democracy in the Middle East as well as one of the few states in the region where press freedom actually exists: Israel.

Karin Karleklar, the organization’s project direct for monitoring press freedom, told an audience at the Newseum streamed live over the Internet that Israel’s status was being downgraded from “free” to “partly free.” This is astonishing by itself, but the bizarre nature of this judgment is only made clear when one hears the reasons.

Two of the reasons stated by Karleklar – the indictment of a journalist for possessing stolen classified materials and the problems one television station has had in getting its license renewed – are hardly violations of freedom but do speak to issues that could be misinterpreted as tyrannical if they occurred in a country where there wasn’t a vibrant free press. But the third is so absurd as to call into question not merely the judgment but the impartiality of the entire report.

The report claims that the appearance on the scene of Israel Hayom, a relatively new Israeli newspaper, is a threat to press freedom because its success has hurt the business prospects of its competitors. No, you didn’t misread that sentence. Freedom House is taking the position that the fact that Israel Hayom has claimed an impressive share of the hyper-competitive newspaper market is undermining the freedom of the press.

The justification for this ridiculous claim is that Sheldon Adelson, the casino mogul and well-known contributor to Republican candidates, has “subsidized” the paper and that its editorial line favors Prime Minister Netanyahu. The paper, which is distributed free of charge, is now the most-read paper in Israel, a state of affairs Freedom House not unreasonably connects to the demise of Maariv, a longtime mainstay of the Hebrew daily press. But the question readers of this report have to ask is what in the name of Joseph Pulitzer does the ability of Adelson’s paper to succeed where many other print papers are failing have to do with freedom of the press?

The implication of the report is that there is something sinister in the way Israel Hayom has conducted its business and that its backing of Netanyahu creates a quasi-official press organ. But that is specious reasoning that bears no relation to either truth or the realities of the publishing business.

Newspapers that are distributed free of charge are not exactly an innovation. Many local sheets are run in that manner all across the United States. If Israel Hayom has won the affection of a plurality of Israeli readers in a country where people are, as Freedom House notes, avid consumers of newspapers in a fashion that is no longer the case in places like the United States, it is not because of a supposedly unfair advantage but because readers prefer it.

It will come as little surprise to Americans who are aware of the way their own press tilts to the left that this is even more true in Israel. The Hebrew press in Israel has always had a strong left-wing tilt with a particular bias against Netanyahu’s Likud Party and its predecessors. If there was any criticism to be made of the press in Israel in the past it was the lack of ideological diversity, a situation that was admittedly troubling in the era before the first Likud government was elected in 1977, when government ownership of the few broadcast outlets as well as its interests in the press allowed little room for dissent from the Labor Party.

But, as was the case with the appearance of Fox News and talk radio in the United States, Israel Hayom has helped rectify a historical imbalance. Its rivals may decry its success, but the fact that it has thrived is testimony to Israeli freedom, not its absence. If more people prefer its columns to that of, say, Haaretz, which enjoys an undeserved reputation for excellence abroad, it is due to the fact that the latter regularly attacks not just Netanyahu but the entire idea of a Jewish state. 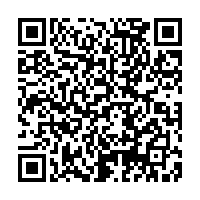