9,000 miles apart in distance. Worlds apart in their faiths. Yet every week, Harold Berman, an Orthodox Jew in Efrat, and Pastor Dave McGarrah, an evangelical Christian in Idaho work hard bridge the gap – all in front of 100,000 listeners. The Teacher and the Preacher show airs on several radio stations in the Western U.S., recorded out of KBXL in Boise, with Dave in the studio, and Harold patched in from Israel. And this week, March 9, at 8 pm at the Dan Panorama Hotel in Jerusalem, Dave and Harold will be in Jerusalem for a rare face-to-face meeting in front of a live audience.

According to Berman, “Over most of the past 2,000 years, relations between Jews and Christians were tense in the best of times, and bloody and violent the rest of the time. And Jews were always guests in other people’s countries. The possibility of any real dialogue under those conditions was zero.

“Everything changed when the Jews returned to their own homeland 70 years ago. Many Christians have had to reexamine their own theologies in light of Israel now being a sovereign nation. And that has created the possibility for dialogue on an equal footing, something we’ve never seen before.”

The Teacher and the Preacher was launched nine years ago when Dave met Charlie Schiffman, then the Director of the Jewish Federation in Portland, Oregon. The two hit it off, finding they shared many common values, despite their different religious outlooks. Charlie passed away a few years ago, shortly after making aliyah. Harold Berman, who had been the Federation Director in Springfield Massachusetts before his own aliyah, was a colleague of Charlie’s. At the shiva, Charlie’s wife told Harold “the show must go on” and connected him with Dave. And Harold and Dave have been on the airwaves ever since.

Each week on The Teacher and the Preacher, Harold and Dave host a wide array of thought-provoking guests – from former Knesset member Dov Lipman to Danny Tirza, the architect of Israel’s security fence, to Itamar Marcus, head of Palestinian Media Watch. They also engage in extended dialogue with each other, dissecting Biblical stories from the perspectives of both faiths, and discussing how Jews and Christians can use the same Biblical terms very differently.

“On the show, we often talk about ‘same words, different meanings,’” Dave explained. “Many Jews and Christians alike don’t realize how we often talk past each other without even knowing it. Such basic Biblical words as salvation, redemption, messiah, and sin can take on radically different meanings when used by a Jew or a Christian. We can’t begin to have a real dialogue if we can’t understand where the other is coming from.”

Harold believes that, despite the inherent challenges of Jewish-Christian dialogue, the effort is well worth it in these times. “We work hard to avoid both the feel-good interfaith dialogue that often takes place in Jewish communal circles but just as often is meaningless, as well as the strident theological debate which may have an important place, but by definition cannot result in true dialogue. Our goal is to celebrate those things we have in common, understand each other, learn from each other, dialogue with each other, but at the same time never shy away from the uncomfortable differences and hard issues. Most of our audience is Christian, and so it’s a great opportunity for me to offer a positive vision of Torah and Judaism that they may have never before encountered.”

Dave agrees, adding that, “many of our listeners have never had a meaningful conversation with a Jew. But today this is changing, and one thing we can do together is celebrate what it means for the Jewish people to come back to their homeland.”

The Teacher and Preacher evening this Motzei Shabbat, March 9, 8 pm at the Dan Panorama Hotel, marks the third annual live gathering in Jerusalem. Dave is in Israel leading a Christian group through the Holy Land, one of about 40 times he has visited Israel. The event is open to the public, and following a discussion much like Dave and Harold have on the airwaves, they will take no-holds-barred questions from the audience. 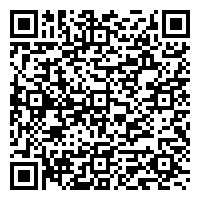