Our next stop was the grave of a classmate of Dovid’s, Gadi Shemesh, who was killed along with his wife in a terrorist bombing. This time it was my younger granddaughter, 10-year-old, Talia, who played her violin. From there we went to stand alongside the grave of Michael Levin, who came from Philadelphia to Israel and joined the army without any family here – what Israelis call a “lone soldier.” He was actually on leave visiting his parents in Pennsylvania when the Second Lebanon war started in July 2006. Although he wasn’t called, he rushed back to join his unit to defend Israel. He fell in that battle. Talia played there as well.

When we went to the grave of Roi Klein, the soldier who threw back a grenade and, though he was killed, saved his whole unit, Elisheva played one of the most poignant songs associated with Yom HaZikaron – “Ma Avarech.” In this song a little boy is born and the angels ask what he should be blessed with. And God blesses him with feet to run and dance and hands to feel, etc. As the song nears the end this young man is now an angel himself, and it closes with the wish that he’d have been blessed with longer life. From all around people again came to sing along.


Our last stop was at the grave of Yoni Netanyahu, brother of the prime minister, who was killed during the 1976 Entebbe raid. The large group standing there was comprised mainly of tourists. Dovid spoke about the bravery of Yoni, and Elisheva played a song written about Entebbe and Yoni. The few people who knew it sang along. The tourists seemed overwhelmed.

As we were leaving, an older man was standing alone at the grave of his son and screaming out the Kaddish. I looked at the age of the young man when he was killed: 21.

I passed mothers and fathers crying and praying silently at the graves of their sons, each one a whole world to someone, and I thought that if everyone would walk through this cemetery it wouldn’t be so easy to talk about giving up our land or to skip the prayer for the soldiers on Shabbos.

The closing ceremonies for Yom HaZikaron took place on Har Herzl. The main speaker was Yuli Edelstein. He had been a Prisoner of Zion in his native Russia and here he was, the new speaker of the Knesset, delivering his words with great emotion.

Special prayers heralded the beginning of Yom Ha’Atzmaut, more meaningful to me than ever after the day I spent at the cemetery. Of course there were also fireworks and singing and dancing in the streets. My joy now was as great as my sorrow had been earlier and I thank Hashem that my children and grandchildren understand and appreciate the zechus, the privilege, of living in Israel. 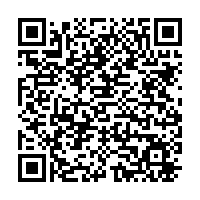