In January 2001, as President Bill Clinton and Prime Minister Ehud Barak begged Yasir Arafat to take a break from killing Jews to accept the Old City of Jerusalem, hundreds of thousands of Israelis rallied in Jerusalem to oppose the city’s division. Simultaneously, Rabbi Haskel Lookstein’s Congregation Kehilath Jeshurun hosted an event in solidarity.

A highlight of that event was a speech by Congressman Gary Ackerman, who told those of us in the audience: “I come here not as a politician, because this isn’t about politics. I come here as a Jew, a Jew who is troubled, concerned, pained and angry.”


An impassioned Ackerman said then: “Give it away. Chop it up. Parcel it out. Never! It’s time to let the world know that Jerusalem will never, ever again be divided!”

For six more years, the Queens Democrat remained a strong supporter of Israel. When in 2006 Hamas won the Palestinian Authority legislative elections, Ackerman said: “U.S. foreign assistance is a gift, not a right. The Palestinian Authority, as long as it is led by Hamas, a terrorist organization responsible for the deaths of dozens of Americans, is obviously disqualified from this kind of aid.”

Ackerman made clear then that he had no sympathy for PA Chairman Mahmoud Abbas, saying, “he never demanded that Hamas and the other terrorist groups disarm and disband. Now, we see that after a year of trying things Abu Mazen’s way and not feeling that they got any real benefits, Palestinians have voted to go in a different direction. That was their right. But it is absolutely critical that our policy adjust to reflect their decision.”

In 2006, it was “absolutely critical” for the PA to be “obviously disqualified” from American dollars. But the next year Ackerman became not just any congressman, but a real player – the chairman of the House Subcommittee on the Middle East and South Asia.

In 2007 – with Hamas still controlling the PA legislature and by then having taken full control of Gaza – Chairman Ackerman initiated a letter in Congress demanding an increase in aid to the PA, leading to the U.S. pledging hundreds of millions of dollars.

This year, when the Obama administration announced $900 million in additional support to the PA, Ackerman was fast to “strongly endorse the Obama Administration’s readiness to put America’s money where our mouth is.”

But Ackerman’s about-face was hardly limited to aid to Palestinians. In March 2008, Ackerman blasted Israel for “settlement expansions and new housing in Jerusalem.” So much for letting “the world know that Jerusalem will never, ever again be divided.”

Ackerman really ramped things up following the election of President Obama. In February, he charged that the situation in the Middle East is “spiraling downward” due to “the march of settlements,” the “perpetration of settler pogroms,” and even “digging in Jerusalem.”

When Obama decided to place settlement construction on top of his foreign policy agenda, Ackerman initially played the part of the town idiot, saying: “I have to hear specifically from the administration exactly how they define [settlement and natural growth] and is there room for defining the terms.”

Somehow, the chairman of the House Subcommittee on the Middle East and South Asia had missed Secretary of State Hillary Clinton’s prior statement that “the president was very clear when Prime Minister Netanyahu was here. He wants to see a stop to settlements – not some settlements, not outposts, not natural growth exceptions.”

Within days Ackerman fell in line, demanding a complete “freeze of settlement construction.” In case that wasn’t clear enough, in a tone sounding a lot like Clinton, Ackerman elaborated: “No expansions, no how, no way, no shticks, no tricks.”

That was followed by the State Department’s confirmation that Obama’s demand for a settlement freeze includes an end to any construction in the post-1967 Jerusalem neighborhoods. As spokesman Ian Kelly answered when asked whether the demand included Jerusalem, “We’re talking about all settlement activity, yes, in the area across the [1949 armistice] line.”

In other words, Obama demands an end to construction in the Jewish Quarter of the Old City, Gilo, Har Homa, Ramat Eshkol, Ramot, French Hill, and Pisgat Ze’ev. And since East Talpiot and Hebrew University on Mount Scopus were no-man’s land between 1949 and 1967, no construction can take place there either. 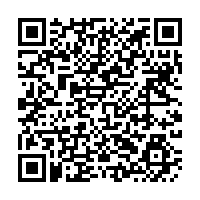