Disclaimer: If you are an American Jew who believes in coexistence, pluralism, and peace, and you think that Israel could not exist without you and your largesse, you probably should not read this piece as you will find it to be unbearably pompous and ungrateful.

If you are Israeli and were at the General Assembly (GA) this week, with its confrontational theme “Let’s Talk,” you know by now that you should be very grateful that the Americans have come. Because Israeli Jewry needs a good talking to, needs to be put in its place. GA Co-Chairman Marius Nacht underscored this point when he said that looked at from the perspective of dog years, Israeli Jews are younger than you think they’d be at 70 years old. Israeli Jews are, in actuality, “adolescent teenagers,” while American Jews are the “responsible adult.”

Yes. He actually said that. And then he delivered the coup de grâce. “It’s time for parent and teenager to talk,” said Nacht.

“Whoa,” I said to myself and sucked in my breath. “Is that ever paternalistic, or what??”

It’s funny, because I knew it would be like that at the GA, the paternalistic, insulting attitude, but I had expected it to be more veiled. Mostly, it was. People used words like “dialogue” and “discussion” even if what they really meant was “Let’s make Israeli Jews hear the American Jewish (liberal left pluralistic) viewpoint.”

And force them to heel.

After all, the Americans have been paying the big bucks to develop Israel and prop it up. They’ve kept it going all these years. Make no mistake. They told us so, us Israelis. More than once. Federation bigwig after bigwig, graced with a chance to speak into a mic these past couple of days patted themselves on the back and said, “Israel would not exist without North American Jewry.”

Now it could be that’s true. They certainly have raised a lot of money for Israel. It could be that without that money, Israel would still be a dusty, dirty, Turkish outpost, or that Israeli Jews would have been wiped out in their entirety, slaughtered by Arabs long ago (or pushed into the sea), had it not been for all that money to buy munitions. It could be we’d all be dead of malaria if they’d not brought us hospitals and top-notch medical care. It could be we wouldn’t have so many people here from so many countries, thriving, with amazing job opportunities, and healthy, nutritious food.

I’m just going to throw that out there for you to think about.

It has been said that more than the Jews have kept the Sabbath, the Sabbath has kept the Jews. I would posit that “keeping” Israel is just as important as something that keeps Jews Jewish, uniting them toward a common goal. And that was my reason for attending the GA.

In the run-up to the GA, it was clear from the venue (liberal Tel Aviv as opposed to traditional Jerusalem); the panel themes of coexistence, pluralism, and peace; and the identities of the speakers (nary a religious person or anyone on the right), that the GA was to be biased in favor of the leftist liberal narrative. This made it crucial to assert a different narrative, to make sure another side was presented and heard.

I did better on the second day of the GA during a panel on coexistence. The speakers consisted of two Jews and two Arabs who have different youth organizations that work to bring Arab youth and Jewish youth together. It seemed to me that the organizations center on having the kids socialize to show them that at heart, we’re all just people.

All well and good. But if you don’t wrestle with the tough stuff, it’s all meaningless. So I posed the following question to Meredith Rothbart of Kids4Peace: “North American Israeli Ari Fuld was murdered by a Palestinian teenager one month ago and this was a very impactful event. Did you discuss the murder with the kids, and if not, why not?”

Rothbart’s answer seemed vague to me. “Whenever there is something difficult,” she said, “we talk about it.”

Then she went off into a tangent about her family saying after every terror attack, “Now will you quit your job???” and described how her brother was in the synagogue in Har Nof during the time that the infamous terror attack took place there. How her family is all over the religious spectrum, and etc.

I was willing to let it go, having at least raised the issue in front of this large, liberal audience. But another member of the panel, Omar Alyan of Net@, asked if he could also respond to my question. He made full eye contact with me, and his voice was infused with sincerity, as he told me about a recent day in which something had happened (whatever it was wasn’t named) and it was frightening for the Arab youth of his organization to meet with Jewish youth because of heightened security measures at the center, which meant checkpoints and lots of big scary IDF soldiers with guns.

I had been content to shut up, but now I was furious. “Surely you are not suggesting that this is the same as minding your own business and being stabbed to death???”

And a woman in a row ahead of me, turned around, touched me on the arm and chimed in loudly for all to hear, “You’re right! It’s NOT the same.”

Alyan finished his story by telling us how a virtual meeting had been suggested instead, but the Arab kids manned up and said, “No. If we do not come, there will be no peace. We ARE the peace.”

And so the meeting was held despite all the scary people in khaki holding arms.

Alyan, by the way, when earlier asked if Israel had a right to exist, remarked that from Jerusalem to Haifa, that is his, with all of us living in peace of course. He also said that at the end of the day, both Arabs and Jews want to make sure the doors are locked, that both sides live in fear. Which is a lot of crap. No Jews are coming after Arabs unless the Arabs come at them FIRST.

This session was just chockful of bull pucky, of course. I could go on and describe it for you. But the bottom line is that I was grateful to have the opportunity to assert a different, more truthful narrative at the GA for the American Jewish audience members to hear—a narrative that illustrates the inequality of the situation. Because the fact is that no matter how much Jewish and Arab youth socialize with each other, if their leaders aren’t going to be real about the issues, no true coexistence or anything of lasting value will come out of these experiments. No matter that they so deeply please North American Jews with their big fat wallets and their money.

What Exactly Are The Protests In Israel About? 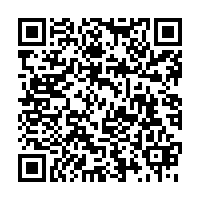