Once again, Israeli leftists, with assistance from the media, are composing songs, lighting candles and organizing dances around a new golden calf. This time it is the demand to do “everything possible” to bring home the captured soldier Gilad Shalit.

Professional demagogues compete with each other to spread seemingly moral claims. The State of Israel, we are told, made a covenant with each and every soldier to have him returned should he be seized by enemy forces, and it is forbidden to breach this covenant.

The choir, in its foolishness, follows along by echoing the sentiment that indeed “everything” must be done to bring Gilad home.

The level of stupidity they have reached is nothing short of unbelievable.

The State of Israel sends soldiers to war with the understanding that, sadly, some of them will be killed for the sake of the country’s security.

Israel also sends soldiers on missions to capture or kill terrorists – missions that by their very nature put those soldiers’ lives at risk.

Now, all of a sudden, we are told we must do “everything” to have a soldier returned if he falls captive. Some even have the chutzpah to claim they are speaking in the name of the soldiers, when it is the soldiers themselves who will be the first to pay the price if, God forbid, “everything” is given to return the captive.

There is a hidden motive to all this. Many of these left-wingers are interested in releasing terrorists even without Gilad Shalit as an issue. (The fact is, Israel releases terrorists before every Muslim holiday. True, they are usually small fish, but nevertheless they are released before their scheduled time.)

In the opinion of many on the Left, the war against terrorists is meaningless, for only Israel’s surrender to their demands, including awarding the Arabs sovereignty over Judea and Samaria and the right to settle anywhere in the land, will lead to peace at last.

Joining the left-wingers are myriads of foolish people whose intentions – to help the captive – are good but whose vision is shortsighted. If those same left-wingers were asked to, say, give up 2,000 shekels from their salaries for a number of years for the sake of Gilad Shalit, it would instantly become clear that no, “everything” must not be done for him.

The “everything” they have in mind is surrendering the integrity of the State of Israel and risking the security of its citizens.

This is the way of idol worship – to elevate one specific value, thereby canceling out other values. It sounds good, and the idea is easy to grasp. “Peace Now” and all our problems will be solved. Or, in the new vernacular, “Two states for two peoples” and we will all live in peace forever.

This is reminiscent of when the people wanted the Golden Calf and didn’t have the patience to wait for Moshe Rabbeinu for even a couple of days. Apparently they really didn’t want him to return and were therefore willing to accept the substitute of the Golden Calf, whose religious demands were more moderate and whose preparation was quick and simple.

Leaving aside the sin of idol worship and stupidity, we are talking about people whose value system is devoid of Jewish substance and who do not understand the purpose of the Jewish nation and the value of the land of Israel. That is why they are willing to surrender in the name of promised peace and tranquility.

This is what is presently happening with Gilad Shalit. 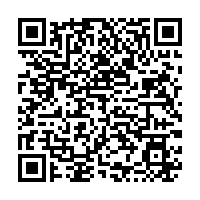