As the shiva for our beloved son Ari drew to a close, we were visited by the late Yosef Shapira. “Yoske,” as he was affectionately known to all, was a former member of Knesset and Minister Without Portfolio. He had served for more than two decades as head of World Bnei Akiva, and was considered to have been the father of the Zionist youth movement. As such, he had influenced an entire generation of young people to embrace the Zionist dream. Susie and I were among that group, and our decision to move to Israel was encouraged and blessed by Yoske.

He sat next to us for a while, saying nothing. And then he told us a story. “Once there was a pious, elderly man who lived in a small shtetl in Poland,” he said. “Each Yom Kippur, he would pour out his heart to the Almighty, pleading forgiveness for all the sins he had committed that year. In fact, he had a little notebook in which he had recorded the various miscues and spiritual mistakes he had made over the last twelve months: A missed prayer service here, an unkind word to a stranger there; the time he pretended not to have any coins for the beggar at the door; the mistruths or half-truths he had uttered when it seemed convenient to stretch the truth. For all of these transgressions and more, he sought repentance and asked for Divine mercy.”


“But one Yom Kippur, after the man had returned from services and his family had gone to sleep, he put away his little notebook of confessions and took out another sheaf of papers. He looked up to the Heavens – sure that someone was watching, listening – and he let out a kretzch, a groan that emanated from his deepest soul. ‘Master of the Universe,’ he said softly, but without hesitation, ‘this has been a particularly hard year for all of us in our little corner of the world, and I have my own list of grievances to set before You. We have barely eked out a living, going hungry on many a night. We suffer from constant cold, and sickness; we live from day to day worrying about our future. Our neighbors are cruel; there is a constant threat of pogroms and violence that haunts our nights. We are loyal to You, through thick and thin, but we wonder why You do not use your awesome power to improve our fate. We proclaim your mercy every day, but You do not always show it to us. Humbly, I ask you, will You, too, not try to do better next year?’ ”

Yoske then turned to us and said, “This Yom Kippur, after you have asked for God’s grace, you may also let Him know how He has disappointed you, too.” And with that, he wished us consolation and left.

Over the last week, since our boys were found murdered in Hebron, there has been an outpouring of questioning, doubt, even anger over God’s role in this tragedy. Why was our symphony of prayer – recited in such exquisite unity across the globe – seemingly ignored? Why did the King of Kings fail to foil this despicable attack upon the pure and innocent, why did He not immediately strike down the evil creatures who plotted and perpetrated this crime? If He knew about it and had the ability to stop it – as we readily acknowledge in our belief system – then what held Him back? And if He could not prevent it, then exactly to whom are we praying?!

The right to ask such penetrating questions sounds like chutzpa of the highest degree, even blasphemous. But it is a time-honored Jewish tradition. Many of the prophets, particularly Jeremiah and Ezekiel, sought answers for the tragedies they confronted. Even Moses, after witnessing what was perhaps the first Holocaust in Jewish history, the Egyptian bondage, sought clarity for the suffering he had seen. “Show me your glory,” he asks of God, wanting some explanation for the eternal mystery of why the righteous – particularly the young – suffer. God’s elusive answer to Moses is that “You shall see My back;” which the rabbis explain is that we can only understand the events of history with the perspective of time, from a distance, and not as events unfold in front of us.

During this latest, painful trauma for the Jewish People, we read the Torah portion of Chukat. This portion is centered around the subject of Death, the greatest mystery of all. It discusses the process by which those who came into contact with the dead are spiritually purified; it records the passing of both Miriam and Aaron, Moses’ siblings; and it contains the incident of the Striking of the Rock, which results in the “demise” of Moses’ mission and the proclamation that he will die before his nation enters the Holy Land.

The portion is aptly named, for the word “Chok” refers to those decrees of Heaven, the reasons for which elude us mere mortals. These statutes include Kashrut, the dietary laws; the wearing of the Tzitzit and the ritual of the Red Heifer. So complex and inscrutable are these commandments that even the cleverest of all people – by tradition, King Solomon – could not fathom their meaning. And yet, significantly, their inner essence WAS revealed to Moses. What did one have that the other lacked?

I suggest that while Solomon stands for Wisdom, Moses is the epitome of Faith. And when we reach the end of Wisdom’s path to God, the only bridge that remains for us to travel upon is that of Faith.

Wisdom tells us that we must have a home of our own, that the Exile is inherently dangerous to our national health and that Israel is ultimately the only place where we will be safe. Wisdom tells us that we must fight, and fight valiantly for the right and privilege to live here, and that risk and danger and war are all part of the human condition. Wisdom tells us that our safety is directly proportionate to our ability to eradicate evil, the kind of evil espoused collectively by the Palestinians, an evil that must be fought aggressively and mercilessly until it has been removed from the earth. Indeed, Maimonides clearly states that the lynch-pin between sovereignty and redemption is the elimination of evil. These wisdoms are salient and self-evident.

But wisdom alone is not sufficient to power our drive to destiny. Along the way, there will be countless “bumps in the road,” confusing Chukim and severe statutes that test our tenacity and send our souls into shock. At those times, we must tap into our reserve of Faith, willing to admit that our wisdom is not infinite, and that trust begins where reason ends. Buoyed by the knowledge that we have survived against the greatest of odds, that we have witnessed countless miracles, that we are living the dream that our ancestors prayed and died for, we can weather the storm that comes by standing under the umbrella of Faith.

Death, in any form, is tragic and inherently unknowable. We are mystified by Inquisitions and Holocausts, by acts of terror upon our own sacred soil that seem cruel and indiscriminate. But each and every death, in truth, tests the limits of our belief; it is only the scope of the tragedy that draws our attention.

At the end of the day, we have OUR tasks to perform, and God has His. He trusts us to keep the Faith and act in concert with his will, and so maintain our ability to survive throughout the generations. And we trust Him to actively guide history and bring this journey of ours to its successful conclusion. And if either of us strays from the path, we reserve the right to protest.

In one particularly hard-hit Jewish community, the residents decided to hold a Bet Din, a tribunal to judge God’s actions and accountability. Throughout the night, they argued back and forth over whether God had kept His promises, or whether He had broken them. Finally, as dawn broke, they voted and indeed declared that God has been remiss in many of His actions. At that moment, the Shammas, the synagogue sexton, rushed into the room and declared that the morning service was about to start. “This Bet Din is adjourned,” they proclaimed, “now let us hurry to prayers!”

Let us pray that we will soon see the day when Wisdom and Faith are merged into one, and the only tears we cry will be tears of joy. 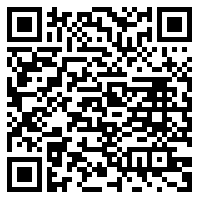