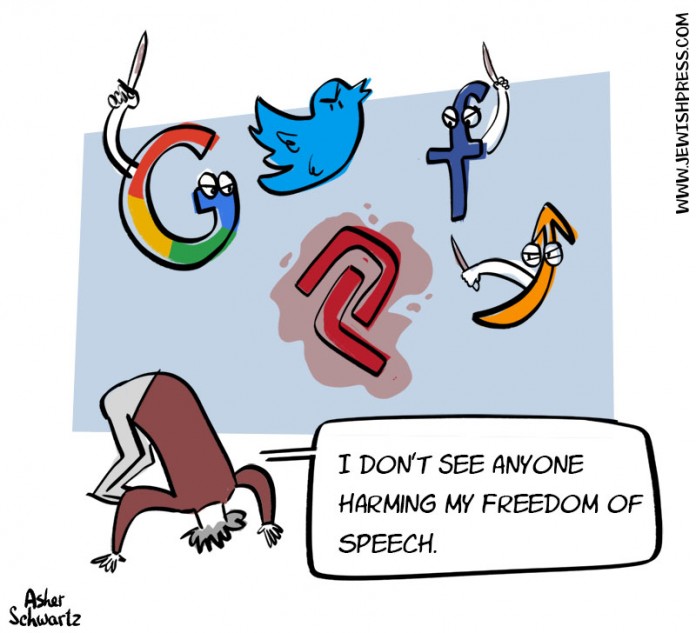 America is changing before our eyes. But the Israeli Finance Ministry apparently hasn’t paid it any mind.

Last week, the head of procurement at the Finance Ministry’s Accountant General’s Office formally announced that Amazon and Google had won the government tender to provide cloud services to the government as Israel moves forward with the first phase of the Nimbus Project. Tender bids submitted by Microsoft and Oracle were rejected.

It’s possible that from the technical and financial perspectives, the General Accountant’s tender committee’s decision to award the cloud contracts to Google and Amazon was reasonable. The two corporations are the industry leaders in cloud technologies. But even on the technical and financial levels, there are differing opinions about the committee’s decision.

Oracle’s bid was allegedly lower than those submitted by Google and Amazon. Moreover, the tender requires that the clouds be physically located inside of Israel. Oracle and Microsoft have both built cloud centers in Israel. Oracle’s is set to open in August and Microsoft’s is scheduled to open in January 2022. Google and Amazon, for their part, have yet to begin building their data centers, so for the next two years, and more likely the next three-four years, contrary to the stipulations of the tender, Israel’s government and IDF data will be housed in Europe.

Then there is the issue of redundancy. The trend today among governments and large corporations is to spread their data out among several cloud providers. Israel could have chosen to award the contract to all four companies and kept costs lower by forcing them to compete over pricing every year. Redundancy in cloud servers also lowers the risks of sabotage and technical failures that can lead to loss of data or failure of computing systems.

At any rate, assuming the tender committee followed the best practices from both financial and technical perspectives in granting the cloud contract to Google and Amazon exclusively, the decision is disconcerting all the same. The problem is not financial or technological. The problem with Google and Amazon is cultural. The organizational culture of both corporations raises significant questions about the wisdom of granting them exclusive control over Israel’s government data for the next seven years.

During this month’s “Operation Guardian of the Walls,” some 250 Google employees who identified as anti-Zionist Jews wrote a letter to Google’s CEO Sundar Pichai. They began by asking that Google reject the determination that anti-Zionism is anti-Semitism and that the company fund Palestinian organizations.

The “Jewish Diaspora in Tech” called for “Google leadership to make a company-wide statement recognizing violence in Palestine and Israel, which must include direct recognition of the harm done to Palestinians by Israeli military and gang violence.”

Then they turned to the Nimbus contract.

“We request a review of all … business contracts and corporate donations and the termination of contracts with institutions that support Israeli violations of Palestinian rights, such as the Israeli Defense Forces.”

Shortly after the Google employees published their letter, some five hundred Amazon employees entered the anti-Israel fray. They signed a letter that was almost identical to the Google employees’ letter. They called for Amazon to reject the definition of anti-Zionism as anti-Semitism. They insisted that Israel is a racist colonial project and that the land of Israel belongs to the Palestinians. They called for Amazon to financially support Palestinian organizations. And they asked that the firm “commit to review and sever business contracts and corporate donations with companies, organizations, and/or governments that are active or complicit in human rights violations, such as the Israeli Defense Forces.”

Another employee group, called “Amazon Employees for Climate Justice,” tweeted a long chain of posts denouncing the company’s participation in the Nimbus Project. Among other things, they wrote, “We stand in solidarity with Palestinians who went on a historic general strike to protest Israel’s deadly assault on Gaza. Amazon and Google recently signed a $1B deal supporting Israel’s military. Amazon is complicit in state killings and human rights abuses.

“Amazon’s workers didn’t sign up to work on projects that support militaries and policing forces. We didn’t sign up to be complicit in state killings and human rights abuses in the US, Israel, and around the world,” they concluded.

The workers’ protests in both companies are deadly serious. In 2018, Google employees discovered that the company was working with the Pentagon to develop an artificial intelligence system to improve the accuracy of U.S. military drones. Some 4,000 Google employees, including dozens of senior engineers, signed a petition to Pichai demanding that Google end its involvement in the project. As they put it, “We believe that Google should not be in the business of war.”

Google management caved to the pressure and canceled the contract with the Defense Department.

Notable as well is the fact that Amazon’s CEO and founder Jeff Bezos is a close friend of musician Brian Eno. Like Roger Waters, Eno is a prominent proponent of the anti-Semitic BDS campaign that seeks to boycott Israel and demonize and silence its Jewish supporters worldwide.

The senior officials at the Finance Ministry, the National Cyber Authority and the Defense Ministry who granted Google and Amazon the government and IDF cloud contracts may simply not understand the dire implications for Israel’s national security posed by the antagonistic positions of some Google and Amazon employees.

In a press conference this week, the heads of the Finance Ministry actually presented these statements as testaments to the credibility of the contracts. The fact that the leaders of Google and Amazon signed the deal with Israel despite the hatred their employees express towards the Jewish state is proof of the companies’ commitment to the project, they insisted.

The Finance Ministry added that there is no cause for concern because the contracts require that Google and Amazon set up subsidiary firms in Israel to actually manage the clouds. As Israeli registered companies, the subsidiaries will be bound to the requirements of Israeli law. And as such, they will have no option of sabotaging the work or otherwise breaching the contract, no matter how anti-Israel the Google and Amazon employees outside of Israel may be.

The same Google management that blew off the artificial intelligence project with the Pentagon three years ago to satisfy their workers should be expected to repeat their actions in the future. If their employees unite to demand that Google abrogate the Nimbus contract, management can be expected to absorb a few hundred million dollars in losses to keep their workers happy.

The polarization of opinion on Israel that we are witnessing in American politics between Republicans who support Israel and Democrats who oppose Israel is an expression of a much larger division within American society. The heartbreaking but undeniable fact is that today you can’t talk about “America” as a single political entity.

Today there are two Americas, and they cannot abide one another. One America—Traditional America—loves Israel and America. The other America—New America—hates Israel and doesn’t think much of America, either.

New America’s power isn’t limited to its control over the White House and Congress. It also controls much of corporate America. Under the slogan, “Stakeholder Capitalism,” corporate conglomerates whose leaders are New Americans use their economic power to advance the political and cultural agendas of New America. We saw stakeholder capitalism at work in March following the Georgia statehouse’s passage of a law requiring voters to present identification at polling places. Major League Baseball, Coca Cola, Delta and American Airlines among others announced that they would boycott the state, denying jobs to thousands of Georgians in retaliation.

Silicon Valley is the Ground Zero of Stakeholder Capitalism. Its denizens are the loudest and most powerful proponents of using technological and economic power to advance the political and cultural agendas of New America.

Microsoft and Oracle are appealing the Nimbus tender award. They are basing their appeals on what they describe as technical and other flaws in the tender process. Israel should view their appeals as an opportunity to reverse course.

In light of New America’s hostility towards Israel generally, and given the proven power of Google and Amazon employees and their expressed antagonism towards Israel, the Finance Ministry should reconsider the tender award. Technical considerations aside, the decision to grant Google and Amazon exclusive control over the State of Israel’s computer data did not give sufficient weight to all the relevant variables.