Friends (or at least those of you who aren’t… well you know),

Its another beautiful day here in Apartheidia, the place formerly known as Israel. The decision has been made to change names to reflect the reality of the situation that exists here now that we have not decided to commit suicide by accepting 5 million Palestinian refugees (there are actually only 3,500 refugees, but when you thrown in children, grandchildren, and their accountants the number grows somewhat), re-drawing the lines of Israel to only include the Port of Tel Aviv (we fought hard for that one), and Herzliyah Pituach (and that’s about it), and to neuter the IDF.

So, as that master of diplomatic acrobatics John Kerry so aptly pointed out, there is nothing left for us to do but to come out of the Apartheid closet.

There is just one problem we are all grappling with. Who are we exactly “apartheiding,” if I can put it that way. There have been numerous concerned citizen meetings in our town and others trying to get answers to this.

We asked our Ethiopian gardener about it and he said that he is saving up for an apartment, so if the country goes to hell, it should drive down the price of real estate. Our Arab family GP said no more antibiotics, get out and get some fresh air, even if it meant rubbing elbows with the apartheided.

Our Druze contractor did say that many of his family were being apartheided to death across the border in Syria, but he admitted that this didn’t have much to do with events on this side of the Golan.

There were some of our married friends who offered their spouse as an apartheid victim (or victor), the goal being a bit of critical distance.

But basically, we haven’t been able to quite figure out who is being apartheided. It’s funny, if you read the newspapers, you see the many opportunities for apartheid, whether it is Russians in the Ukraine, Christians most anywhere in the Mid East (oh, except here in Apartheidia, where they have just been recently responding to a voluntary IDF draft notice), and by their choice, Muslims most everywhere in Europe.

Look, if that searing light of diplomacy and international understanding, John Kerry (who must be channeling the all time guru of enlightened international affairs, Jimmy Carter) says we are an Apartheid state, then we must be.

We just need some help here getting with the Apartheid program. This place looks too much like one of those Benetton ads. One of the ideas that came out of the most recent town meeting was that “Apartheid Begins at Home.” In other words, each of us, in our own ways can start the ball rolling. Some particularly good ideas:

1. No more humus, because that might connote acceptance of  Arabs.

2. No more burekas, because that might connote acceptance of Mizrachim. Ditto malawa because of the toxic association with Yeminites.

3. Olives. Forget about it. Too many are grown by Arabs. Ditto dates.

4. Dining out in Tel Aviv, especially groovy areas like Neve Tzedek and Yaffo. Out of the question. Could be consorting with gays.

5. No more driving in northern Israel, since the main roads go through Druze villages and that’s no longer tolerable.

6. Jerusalem? No way. Its out of central casting for It’s A Small World.

7. Stay away from the IDF. They have those Beduoin units, Hareidi units, and they let Druze guys serve wherever they want.

8. You can’t even go to Judea and Samaria any more because too many Palestinians work there, in crimes against humanity locales like the SodaStream factory. 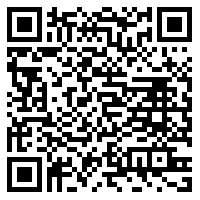