The arrest of six Israeli Jews for the murder of an Arab teenager last week has largely let Hamas off the hook for its campaign of terrorism.

The aberrant act of an isolated group that has been condemned by every sector of Israeli society has reinforced a narrative of moral equivalence. But Hamas’s confidence that it is profiting from the crisis that began with its kidnapping and murder of three Jewish boys last month is illustrated by the barrage of missiles it is firing on southern Israel.


The torrent of rockets, with hundreds being fired from Gaza in the last few days, is more than a routine statement about Hamas’s desire to show its belligerence to Palestinians who can always be counted on to applaud terror. The Islamist group was in dire straits when it decided in April to go into partnership with the Fatah-run Palestinian Authority. At the time, many commentators believed this would allow PA leader Mahmoud Abbas to tame the terrorist group and forge an alliance that would create room for both Palestinian unity and peace. But the events of the past month demonstrate just how foolish that hope was.

Far from anyone influencing Hamas to support peace, the Islamists have shown that they are the ones calling the tune. When a Hamas cell kidnapped three Israeli teens, Palestinian society didn’t recoil in horror. Nor did Abbas and Fatah drop Hamas from the PA government. While the PA leaders made a belated though welcome condemnation of the crime, Palestinian social media delivered the verdict that Hamas had hoped for as the atrocity was cheered with a popular three-fingered salute. Instead of supporting measures to isolate a movement that was determined to oppose peace, Palestinians took to the streets with rocks and violence to obstruct and harass Israeli troops searching for the lost boys.

Nor was there any outpouring of regret or soul searching about this behavior once the bodies of the three Israeli teens were found. After the body of Palestinian youth was discovered, the crime was used as an excuse for more Arab rioting. With Hamas now raining down hundreds of missiles on southern Israel, Prime Minister Netanyahu finds himself in a quandary, as any action ordered to silence the terrorist enclave in Gaza will be seen as an escalation of the situation rather than a needed effort to contain it.

The despicable murder of Muhammad Khdeir has reinforced the Western media’s predictable narrative of moral equivalence in which all violence is seen as part of one pointless cycle of violence in which both sides are trapped. But though the two crimes give some superficial justification to that frame of reference, this focus has allowed the Obama administration to evade scrutiny for its coddling of the PA-Hamas alliance.

Netanyahu has good reason to be wary of a large-scale assault on Gaza. Israel has neither the desire to take back control of the strip nor any appetite for the casualties on both sides that would result from a new counter-offensive. The United States, which demanded that Israel show “restraint” in response to Hamas’s murder of the three boys, is now even more adamant about stopping any effort to make the terrorists pay for their crime. The prime minister also knows Hamas is hoping for an opportunity to demonstrate to Palestinians that they are still the address for anti-Israel terror even as it remains firmly ensconced in the PA government.

How will all this end? Hamas seems to think it will be Netanyahu who will blink first since at this point it seems unlikely the normally cautious prime minister will risk further antagonizing the U.S. when he seems not to think that Israel has much to gain from a new fight in Gaza.

But if the two sides do merely stand down, there should be no illusions about the winner in this exchange. Hamas started this fight with a gruesome terror attack, but rather than paying any real price – other than the arrest of some of its West Bank operatives – it has enhanced its standing among Palestinians. By provoking a group of Jewish extremists to behave in the same bestial fashion, it has also obscured the real differences between the two societies and hurt its rival/partner Abbas by exposing him to ridicule from Palestinians who saw his condemnation of terror as weakness or toadying to the Israelis. By firing rockets deep into Israel without incurring a response that will threaten its leadership or its weapon stores, Hamas will have reestablished itself as an equal to Abbas rather than a junior partner.

American officials who wring their hands about a cycle of violence need to understand that their initial appeasement of Hamas after the signing of its unity pact with Fatah has done real harm to the already dim prospects for peace. If in April there was an opportunity for the U.S. to make a statement about isolating the terror group after the unity deal was signed, the prevarications of President Obama and Secretary of State Kerry on the issue have created an opening for Hamas to gain ground in a way that few predicted.

Unless Netanyahu is willing to take the risks associated with actions that will really make the terror group pay, it is Hamas that will emerge from these events as a stronger and more dangerous force than it was only a few weeks ago. 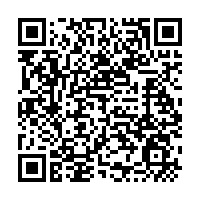