There are “red lines” which must not be crossed. A “red line” for anyone who cares about the Jewish people must be a belief in the right of Israel to exist as a Jewish state, a belief that Israel has the right to protect herself via the Israel Defense Forces, and to stand against the racist concept of boycotts against Israel. Those who fund The New Israel Fund (NIF) cross all red lines.

The new home page of the NIF brags about a report from an organization they fund, called “Breaking The Silence” which slandered Israel and has received headlines worldwide for their biased report. This report which quotes “anonymous” soldiers has been called “propaganda” by observers, and rejected across the mainstream Israeli political spectrum. And the funders of that gross slander included NIF & the Open Society Foundations funded by George Soros. Amazing that a Jewish organization can brag that their donors are harming the Israeli Army.


Recently, a “human-rights” lawyer who works for numerous NIF-funded organizations testified as an expert witness for the PLO (during a case which saw a $655 Million judgment against them). The Deputy Speaker of the Knesset Yoni Chetboun rightfully noted, “The main goal of the NIF is to undermine the Israeli Army, by knowingly financing left-wing Israeli groups that try to get young Israeli soldiers prosecuted for war crimes.”

Ehud Shem Tov – founder and chairman of Social Television, a NIF funded organization supported a petition calling on soldiers not to serve in the Gaza Strip during Operation Protective Edge in July 2014 – a war which Israel fought for survival. Shem-Tov said, “Soldier, refuse to bomb Gaza and refuse to enter the Gaza Strip!…Soldier, if you go into the Gaza Strip, and if you bomb Gaza, there’s a strong chance you will leave there as a war criminal with blood on your hands…The operations in the Gaza Strip are bloodshed in vain, en masse war crime that causes great damage and serves no purpose.”

To urge soldiers not to serve in Israel’s army is sedition – and a crossing of all red lines within Israeli society.

Extreme NIF-funded organizations support and encourage draft dodgers, as Social Television displays a video clip encouraging draft dodging and clips calling on soldiers to refuse to participate in combat operations in the Gaza Strip. Adalah, another NIF funded organization created a report on Operation Protective Edge and sent the report’s findings directly to the United Nations commission investigating this issue, despite the fact that Israel officially decided not to cooperate with the commission.

The Jewish community is filled with divergent philosophies, a strong sense of community, many differences and that is beautiful. The Jewish people’s willingness to challenge one another is a great strength – but there are limits.

One who supports boycotts against Israel, and harms the Israel Defense Forces has crossed all red lines and must be countered.

We appeal to The Nathan Cummings Foundation, The Jacob & Hilda Blaustein Foundation, Joan & Irwin Jacobs, Joan and Robert Arnow, The Jewish Communal Fund, The Leichtag Foundation and Alisa Doctoroff and all other NIF donors to stop harming the Israel Defense Forces. There are red lines. 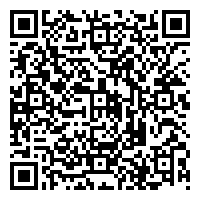